We are delighted to announce that Chris Purdie has been appointed to join the Scottish Student Sport team as our new Head of Competitions. We caught up with Chris earlier for a Q&A to find out more about him! 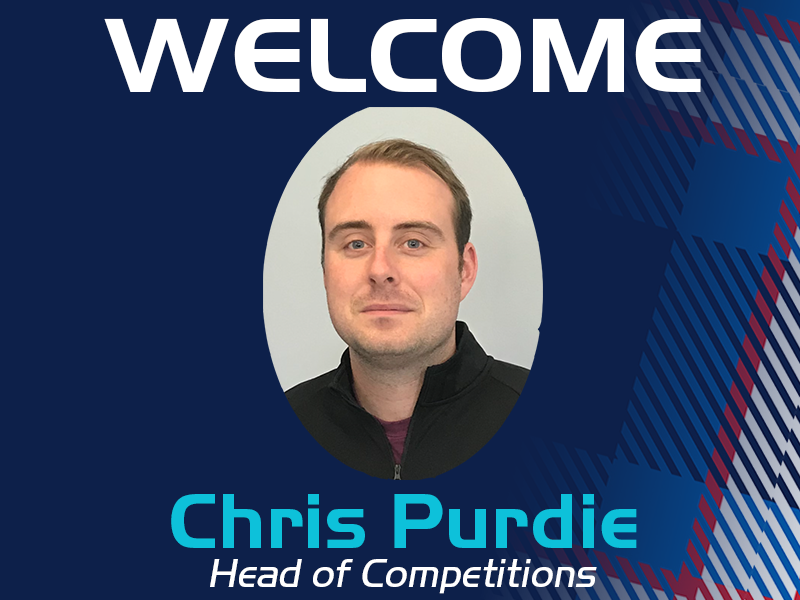 We are delighted to announce that Chris Purdie has been appointed to join the Scottish Student Sport team as our new Head of Competitions. Chris will bring with him his vast knowledge, expertise and previous experience working within student sport to the role. Chris will join up with the rest of the SSS team from the 20th of April onwards. We caught up with Chris earlier for a Q&A to find out more about him!

I have had the pleasure of being involved in student sport for a number of years. Having completed my undergraduate degree at the University of Stirling in Sport and Sociology I was then elected and re-elected as the University Sports Union President. After leaving Stirling for a short stint, I then worked at the Commonwealth Games in Glasgow before working at a higher education institution based at Burnley Football Club. It was not too long before I was back at the University of Stirling being appointed the Sports Development Co-ordinator and then subsequently the Winning Students/Performance Sports Co-ordinator. I have been extremely fortunate to have attended three World University Games having this year been appointed the Chef de Mission (Head of Delegation) for the Winter British Delegation attending the Games in Lucerne, Switzerland in 2021 and Lake Placid, New York in 2023.

2011 was a special year for me, I was awarded the ‘Sports Personality of the Year Award’ at the University of Stirling and was also elected Sports Union President. On the back of that we also reached the Men’s SSS Hockey Cup final – even though we did lose it was a fantastic day out!

I have always said that I think Tennis and Volleyball are sports that anyone, regardless of your sporting knowledge, can watch and enjoy. I find them both thoroughly entertaining! In terms of playing, it has to be football. I am a proud holder of 3 Intra-mural Championships at the University of Stirling….although I was there for 11 years so I am not sure if that is good or not!