After a roller-coaster season in Scottish Student Sport, we are closing the 2019/20 chapter off with our SSS Annual Awards Ceremony. Full lists of nominees, winners and speeches here! 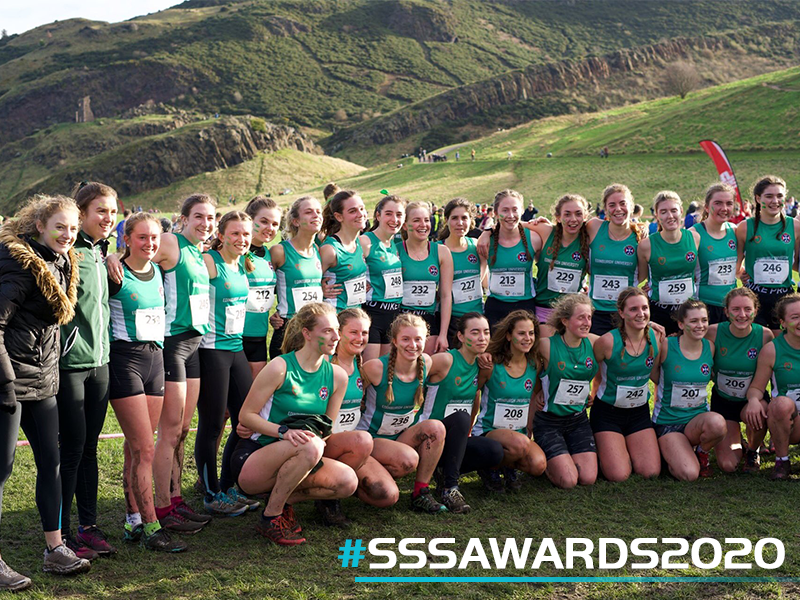 It safe to say that the 2019/20 academic year did not go exactly to plan with COVID-19 bringing an abrupt end to sporting activity across the county. With that said, prior to mid-march, the SSS train had been travelling full steam ahead with record numbers of club activity and event entries nationally across institutions.

Although a bittersweet end to an unusual year, the number of nominations and calibre of this years award winners pays tribute to the number of talented, dedicated and influential people we have across our student sporting network. Unfortunately, there was no fancy awards dinner celebration this year – so SSS took to Twitter to announce the winners! Here is the full lowdown of all our 2019/20 award winners – scroll down to the bottom of the page to watch the acceptance speeches!

Female Athlete of the Year: 🏆Neah Evans (University of Glasgow)🏆 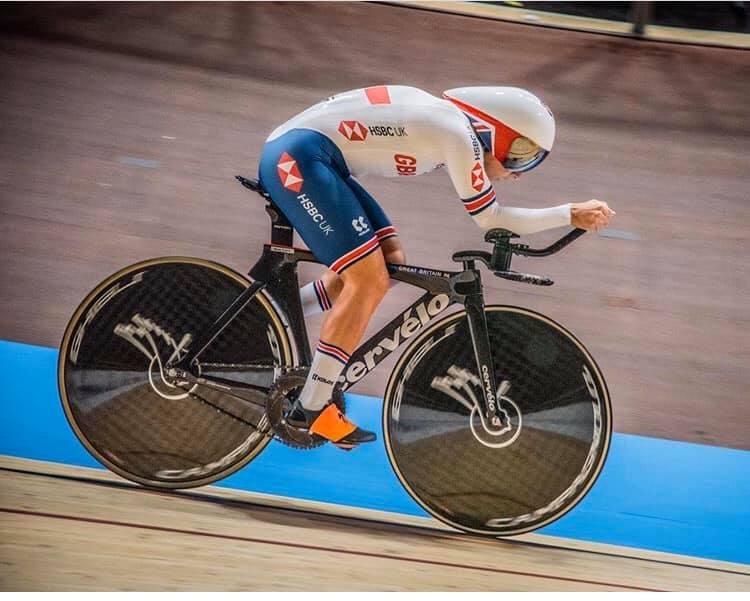 Neah Evans (University of Glasgow) was announced worthy winner of the Female Athlete of the Year Award, fighting off some fierce competition from a group of very talented nominees.

Neah first started cycling whilst in her first year at Glasgow University in 2014. She went onto win seven BUCS medals in one year alone. Following University she went on to work as a veterinary surgeon before joining the Great Britain Cycling Performance Programme in 2017 to compete full time.  Since then she has gone from strength to strength – winning two Commonwealth Games medals in 2018, winning two European Championship medals and selection onto the GB squad.

In the last year, Neah has consolidated her place in the GB squad and successfully defended her Women’s Team Pursuit Crown at the European Track Championships back in October alongside teammates, Laura Kenny, Kate Archibald and Ellie Dickinson. Neah has been an inspiration to many sportspersons at the University of Glasgow and has proven that you can still reach the peak of elite sport regardless of what age you start! She was on course to be selected for Tokyo 2020 Team GB team and is a worthy winner of our Female Athlete of the Year Award.

Male Athlete of the Year: 🏆Duncan Scott (University of Stirling)🏆

Duncan Scott added another trophy to his growing cabinet following another ground-breaking year in the pool. After his phenomenal performances at the British Championships in April 2019, setting a new 100m British record, he went on to win gold and bronze at the World Championship in Gwangju, South Korea. It was in Gwangju that Duncan also made a stand against the Chinese athlete Sun-Yang for doping offences by refusing to share a podium with him. In addition to becoming a World Champion, Duncan further demonstrated his dominance in the pool by claiming twelve medals and five BUCS records at the BUCS short course (November 2019) long course (February 2020) swimming events in the past twelve months.

Duncan is a superb ambassador for University of Stirling, Team Scotland, Scottish Swimming and British Swimming. As well as winning multiple medals and setting new records, he continues to be a diligent student-athlete and is a shining example of what can be achieved when balancing sport alongside academia. Congratulations Duncan! 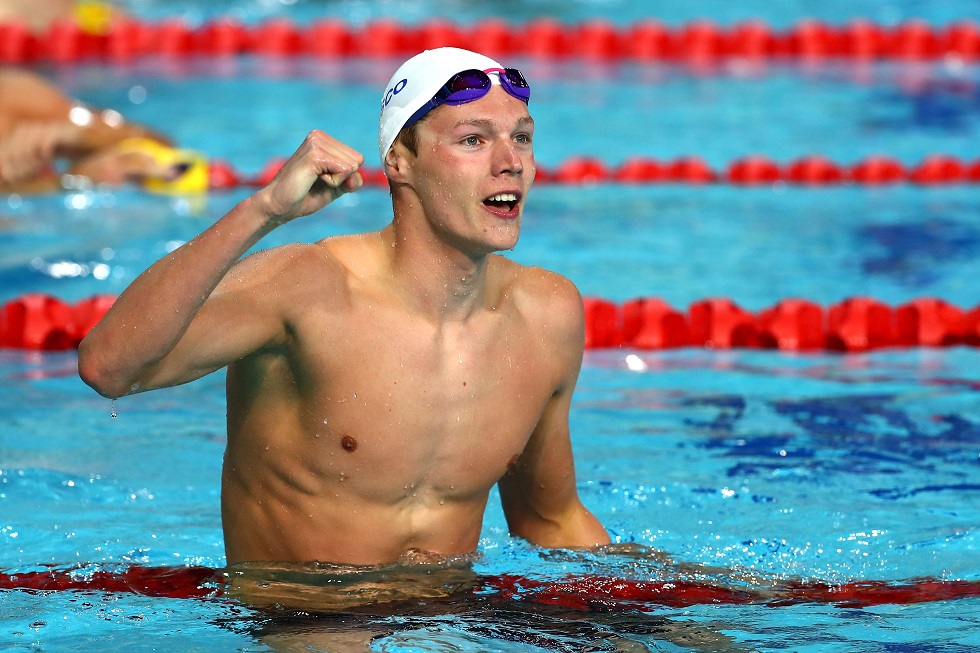 Coach of the Year: 🏆Rachel Cremin (University of Strathclyde)🏆 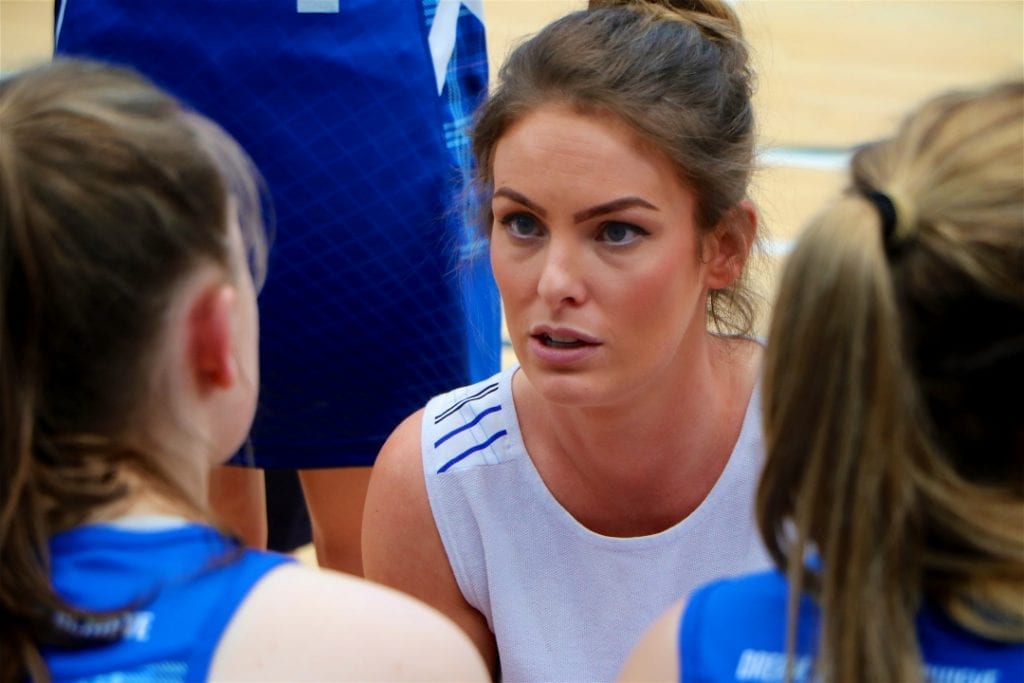 Rachel Cremin was award Coach of the Year for season 2019/20 in what was her first year as Strathclyde University’s first-ever Director of Netball. Rachel’s impact has been monumental with all six Strathclyde netball teams finishing within the top three of their respective BUCS and GNA leagues – and a 31% increase of Netball BUCS points compared to the year previous.

Much of this success is due to Rachel’s development of the club’s coaching structure. She has ensured that all six teams have an assigned coach – drafting in and mentoring a number of volunteer and performances coaches to assist each of the teams.

She has also provided the students with fantastic opportunities to learn from the best, inviting specialist coaches from across the world to input on their training sessions including Fiji Head Coach Vicki Wilson and Australian High-Performance Coach Sue Gaudion. In addition, Rachel hosted the clubs first-ever Open Day – with over 40 prospective students in attendance to learn about the Netball programme offered at Strathclyde. Amongst all this, she created a new performance programme – aimed to accelerate players’ development and ensure that they maximise their on-court potential. Well done Rachel!

Volunteer of the Year: 🏆Hamish Townshend (University of Edinburgh)🏆 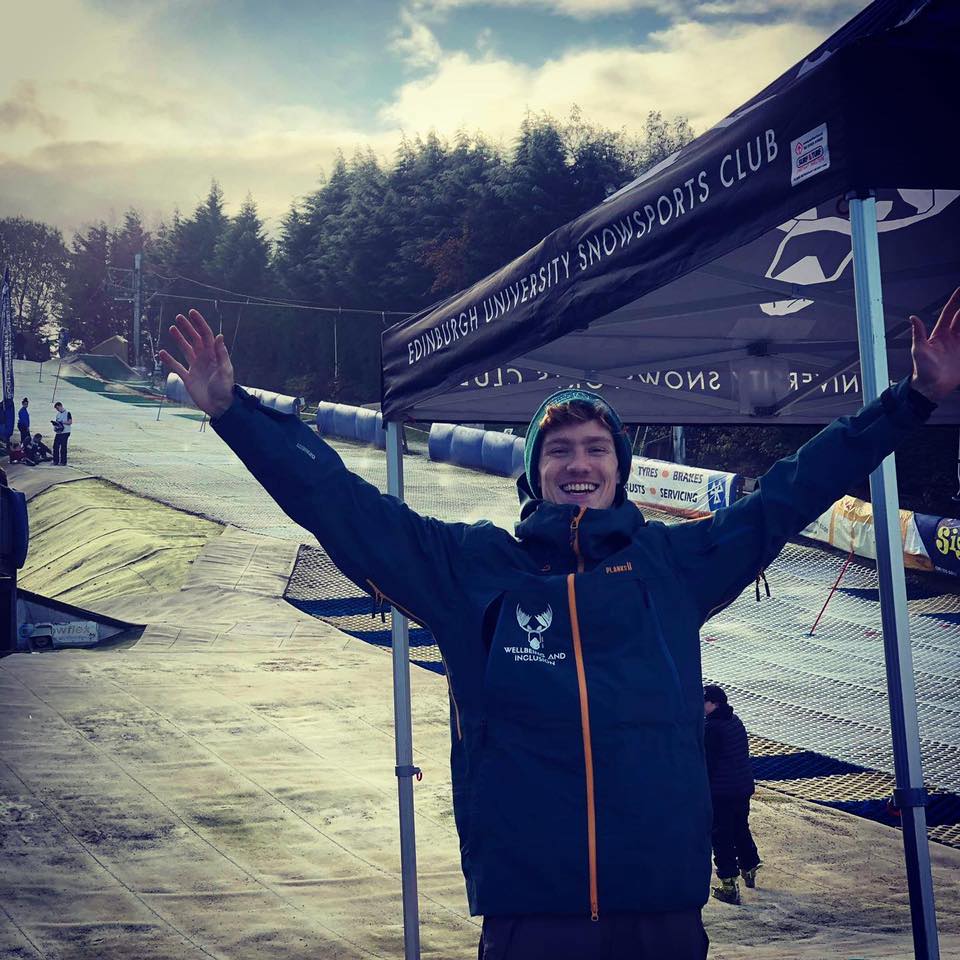 Hamish Townshend was awarded the SSS Volunteer of the Year after an exceptional year as the first-ever Wellbeing & Inclusion Officer for Edinburgh University Snows Sports Club. Hamish identified a gap within the club committee and recognised that more needed to be done with regards to wellbeing and inclusion in the sport. Taking on the role himself, Hamish completely changed the culture within the snow sports club and led the way on the wellbeing and inclusion agenda within the Edinburgh University Sports Union.

Some of his successes included forming an advice place within the club – a drop-in session that shares key university service information. He delivered numerous stressbuster events during winter exam periods and ran a series of events during mental-health and wellbeing week.

On the slopes, he facilitated the delivery of adaptive skiing lesson and organised adapted guide training to upskill 10 members to support with delivering adaptive skiing lessons. On the ski Christmas trip, Hamish provided a wide range of activities for students to take part in including alpine yoga sessions, Savoyard food tasting, Alpine spa sessions, freestyle workshops and Igloo events.

In addition, Hamish had a positive impact on the Edinburgh University Sports Union too. He shared the stories of the clubs best practice and offered practical advice to 64 clubs on how they could replicate some of the fantastic work within their own clubs. He also shaped the sports unions wellbeing and inclusion remits and widely advertised all of his session and events to students from any sports club. Hamish’s undermining passion to support member wellbeing and create a more inclusive club environment makes him a worthy winner of this award. Hats off Hamish!

Club of the Year:🏆Edinburgh University Hare and Hounds🏆

Edinburgh University Hares and Hounds were awarded the SSS Club of the Year after a hugely successful 19/20 season both on and off the track. Club membership numbers sore to a record 168, a rise courtesy of the inclusive nature of the club welcoming beginner runners all the way through to GB runners. Some of their highlights from the year include;

Inclusion was a main focus of the club and they lobbied with BUCS competitions committee to make BUCS cross country more inclusive and fair across male and female categories which was successfully voted through. In terms of development, the club ensured all first-year runners were put through a jog leader qualification, with the aim to develop them as future coaches. The club also formalised a pathway with Scottish Athletics aimed to get more student members involved with officiating.

On the performance side of things, the club had numerous medallists at a variety of prestigious events with the club winning medals male and female team medals at the Scottish Student Cross Country Championship. In terms of their own organised events the club developed strong community links inviting students, staff and students from other institutions to attend a number of their charity events including the annual Braid Hills Race, Kings Buildings 5 and EUSU Zombie 5k.

Alongside these charity events the club hosted and delivered the BUCS Cross Country Championships in January with over 3000 athletes participating from across the length and breadth of the UK.

Not even COVID-19 could stop the Hares & Hounds. Even in lockdown, the club delivered the Scottish Virtual Road Relays which saw 132 team entries with over 540 runners competing. A fantastic year all in all and worthy winners of our Club of the Year Award. 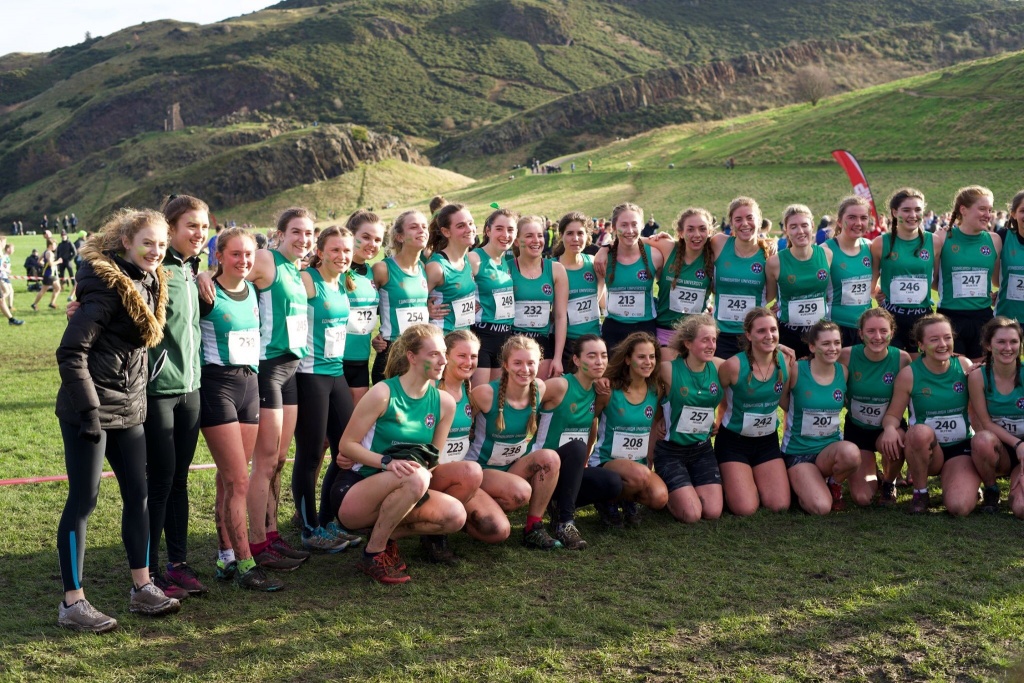 Team of the Year: 🏆University of Stirling Men’s Swimming Team🏆

The University of Stirling Men’s Swimming Team had an unrivalled year in the pool – winning both the BUCS Long and Short Course Titles.

The men’s team took Sheffield by storm back in November 2019 winning the BUCS Short Course title with a total 209 points – a lead of 25 points to second place. The team claimed 10 gold, 3 silver and 5 bronze medals across the competition, with Duncan Scott breaking 5 BUCS recorders and claiming top performer of the competition!

In the BUCS Long Course, the team made history as they returned to Sheffield in February 2020. The team took home men’s title, breaking a 32-year long winning streak of Loughborough University. It was a close run affair with Stirling finishing on 176 points to Loughborough’s 168. Along with the title the team picked up 7 gold, 6 silver and 3 bronze medals whilst breaking the BUCS record in the Men’s 4X100m Freestyle Medley and 4X100m Medley Relay. A sensational effort from everyone involved! 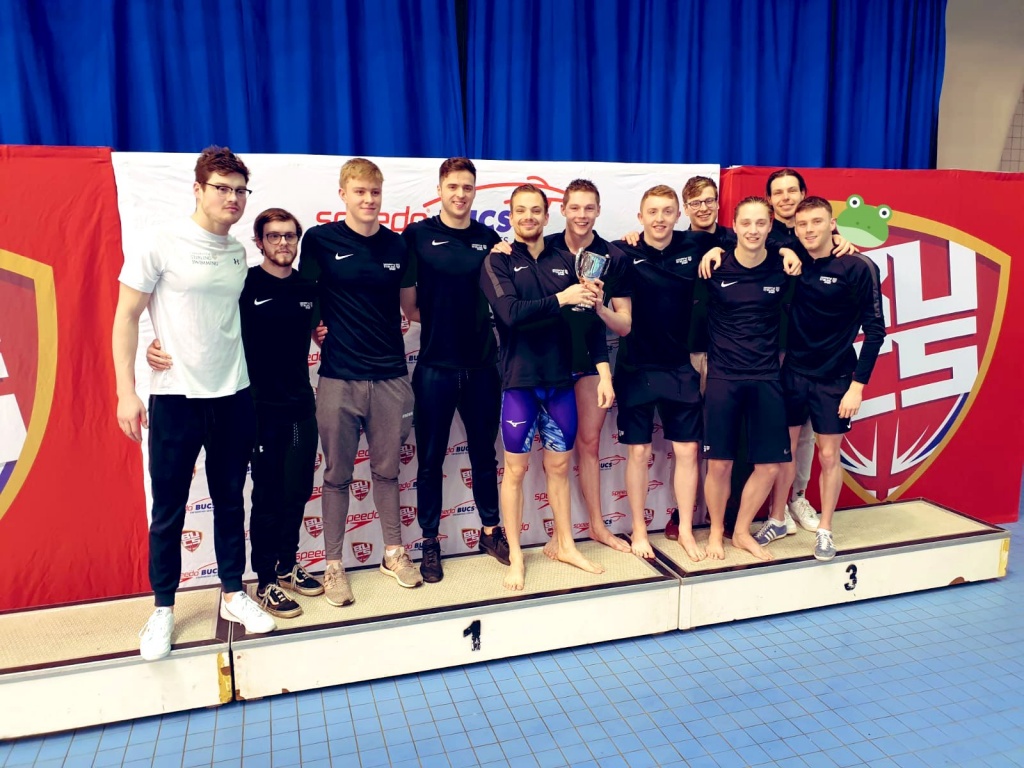 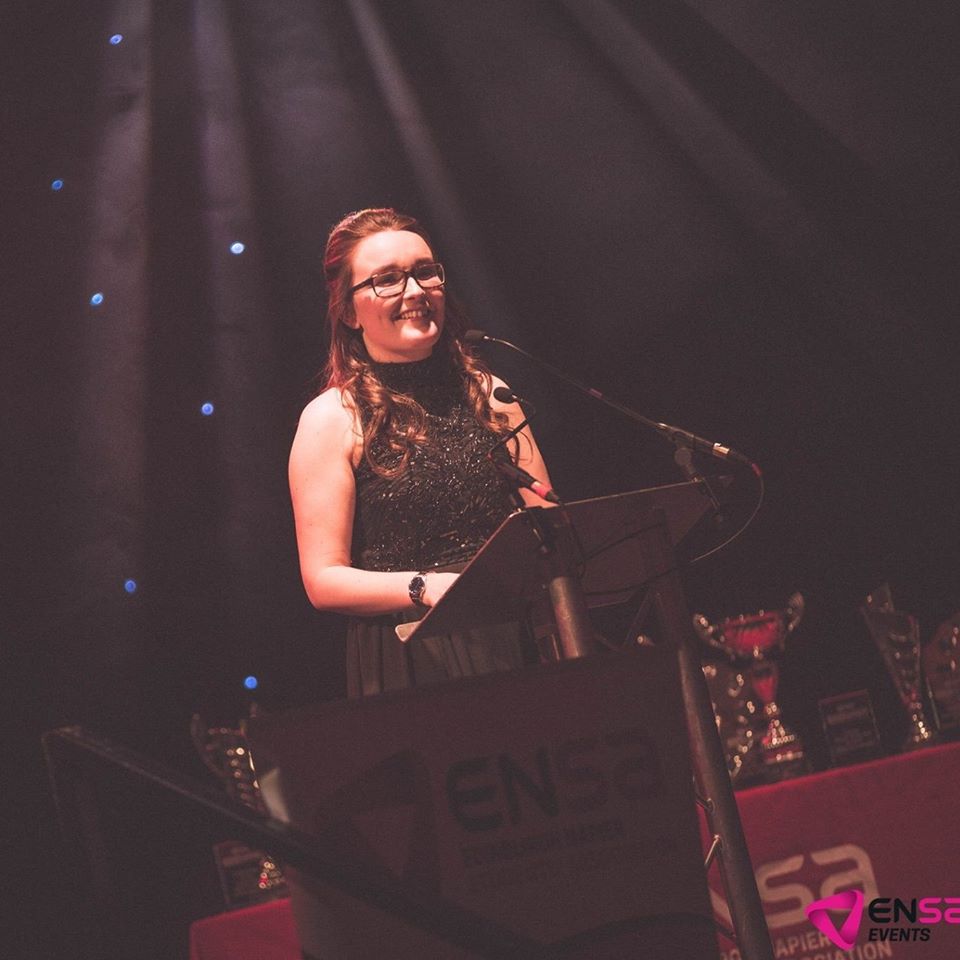 Having just finished her second year as VP of Sports and Societies at Napier University Georgia has been an invaluable member to the SSS Tribe throughout her time in post. Her impact on the SSS network as a whole is noteworthy; she chairs the elected-student sabbatical forum, sits on the SSS executive, BUCS Advisory Group and Chairs the Women in Sport Group. She also appeared on the first episode of the SSS Podcast and slept out in Princess Street Garden as part of ‘The Big Sleep Out’ to raise awareness and funds to help fight homelessness in Scotland.

On top of her commitments to various focus groups and projects, Georgia has been a great role model to a number of first-time sabbatical officers who value her help and support greatly. Georgia’s undeniable passion for student sport extends well beyond her remit at Napier University and can be felt throughout the entire student network. A worthy first winner of this award and a tough act to follow – Well done Georgia!

Massive congratulations to all our nominees and award winners – these awards are a great example of some of the world-class talent student sport has to offer. Not only that, these awards showcase of only a handful of the hundreds of volunteers, coaches and sports clubs across the country who all work tirelessly throughout the season to facilitate student sport, creating a more inclusive, safe and enjoyable environment for students – thank you all for your hard work this year! 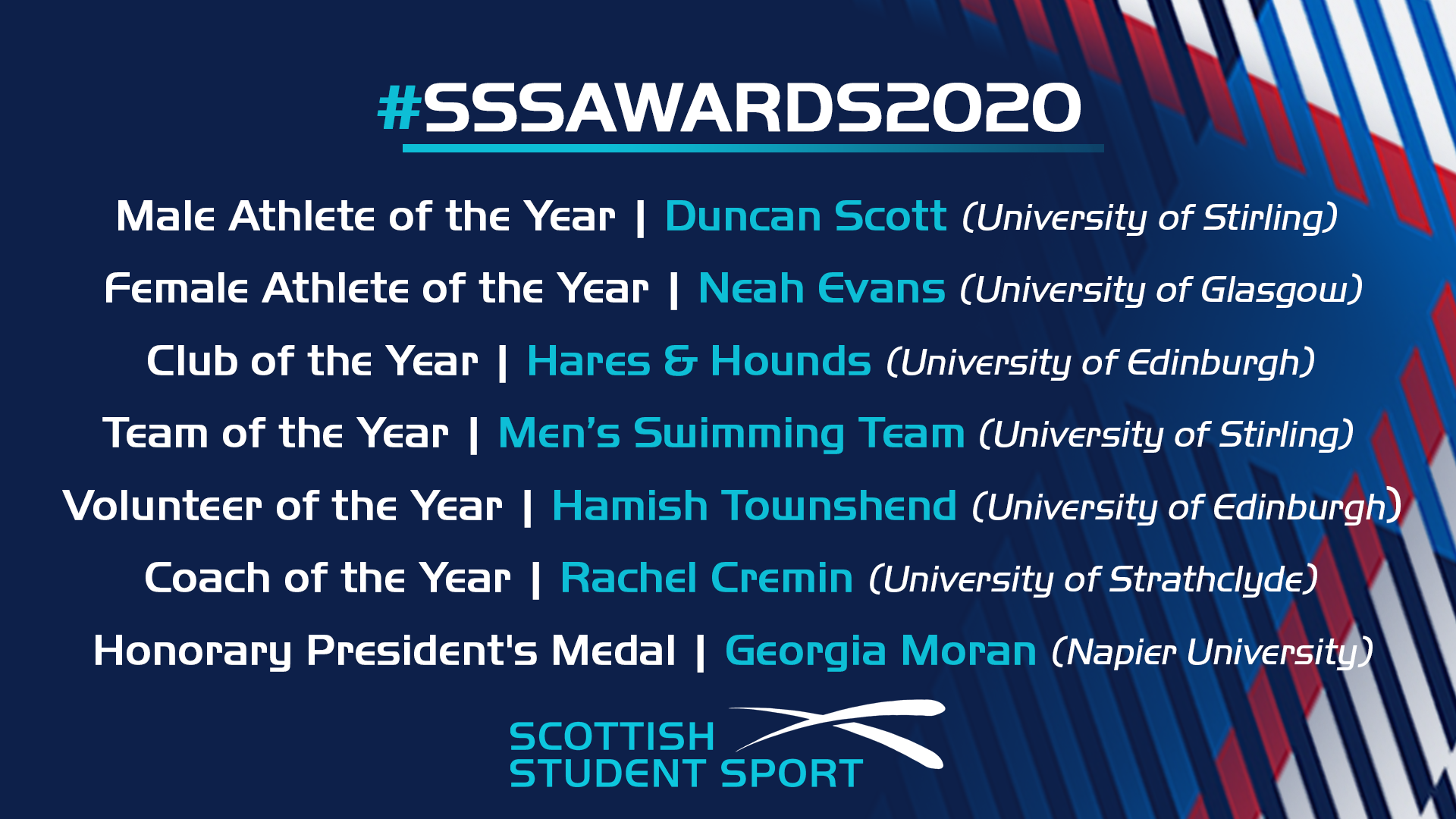 #SSSAWARDS2020🏆 | Female Athlete of the Year

🥇 Women’s Team Pursuit gold for second year running at the European Championships.
🇬🇧 Consolidated her place in the @BritishCycling squad.
💛 Inspiration to many at @UofGlasgow pic.twitter.com/alWAiWo1uE