Scottish Student Sailors recap on a successful trip to Lake Garda, Italy where the team finished a respectable 5th place in the LaserPerformance Collegiate Cup. 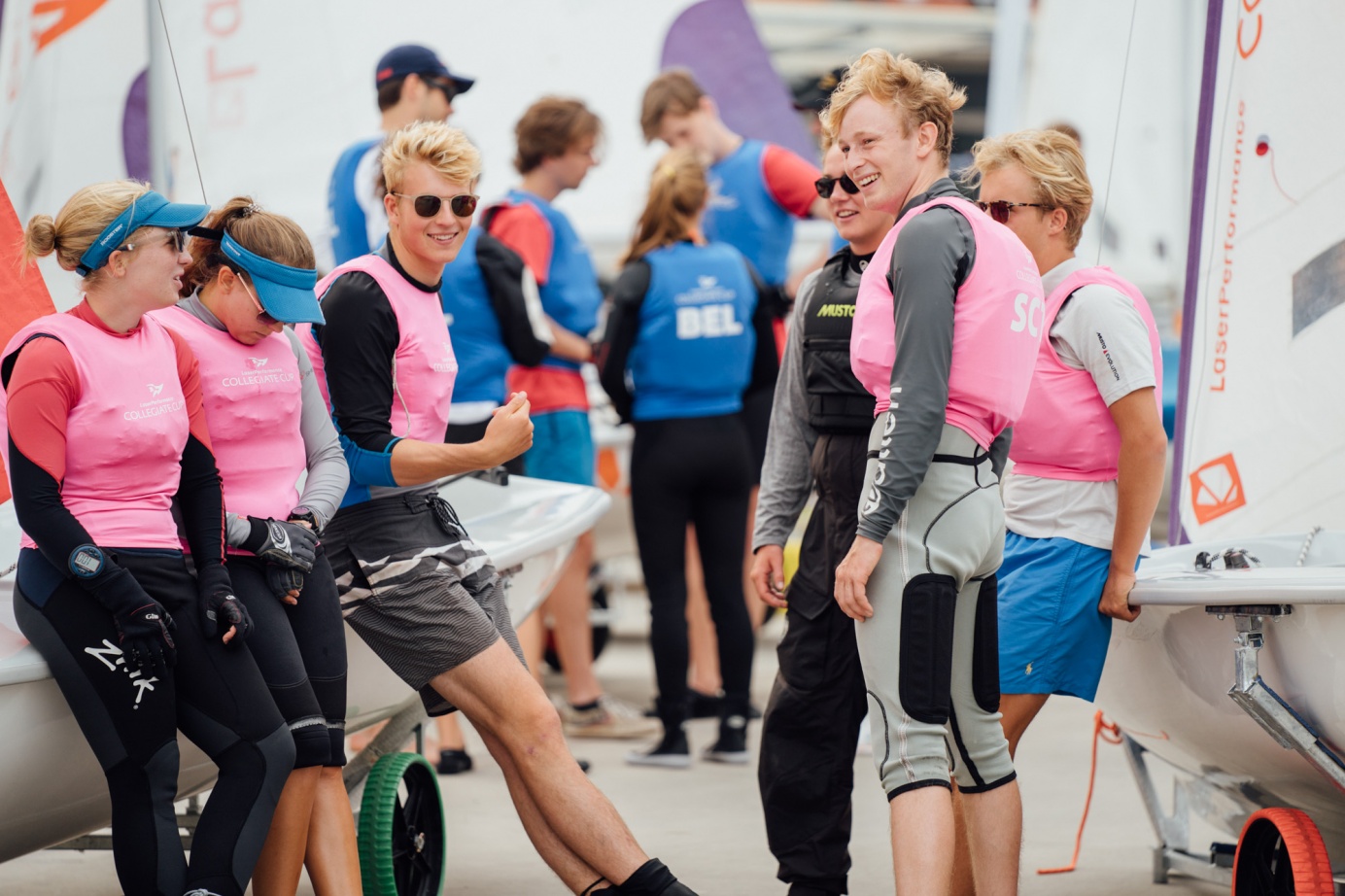 Described by, C. Valluy & B. Lynch

LaserPerformance structured the event such that the teams had an opportunity to be provided with some professional coaching for two days, before the regatta started. After arriving and completing registration on the Monday, the team spent the following day getting to grips with the z420s, a larger dinghy than the firefly – the reference boat of BUCS team racing. Day two of the clinic involved practicing what they had learnt, refining techniques and talking tactics before three days of racing.

Day one, an afternoon session, started off in disappointing fashion with the team losing their first race to returning champions, team USA. The team didn’t let their heads or their sails drop and bounced backing winning their next three races against the Netherlands, Belgium & the Irish Mixed – a strong and promising start for team Scotland.

The second day of racing was more intense with sailing running from 9am through to 6pm in challenging, breezy conditions. At the end of the day, two round robins had been completed. The pick of the races saw the Scottish squad narrowly lose out against Ireland leaving them joint fourth going into the final day. Day three of racing was dedicated to a final round robin before the semi-finals and finals. Scotland enjoyed a handful of wins and losses but unfortunately narrowly missed out on a top four finish, ending up in a respectable 5th place, especially considering this was the first time that some of the pairs sailed together.

“This really is a fantastic event; well organised, fantastic boats, great people and an incredible venue. The coaching was a real treat as it is so rare in university sailing to get five days of professional coaching – it does wonders for your sailing.”

Brendan Lynch shared his thoughts on the event:

“This was a fantastic event; well organised, fantastic boats, great people and an incredible venue. I can confidently say that the entire team had a great week. For me, the coaching was a real treat as it is so rare in university sailing to get five days of professional coaching and it does wonders for your sailing.

“If you are looking to compete make sure you are confident in your boat speed, the longer courses used here favour quick teams! Hamish Taylor will be the SSS dinghy captain this year and is the person to talk to if you have any questions.”

To read his full unique recap on the event and more about the z420s head over to the SSS Sailing Facebook Page!

Congratulations to all the competitors, thank you to LaserPerformance for putting on a wonderful event in a scenic location and to their media team. Thank you as well to Scottish Student Sport and all of the institutions involved with sailing for their continued support as ever. See you next year!