Clayton – Littler, Heriot-Watt’s Sports Union Vice President, has been awarded the inaugural Volunteer of the Semester for her continuous dedication to volunteering within student sport during autumn 2019. 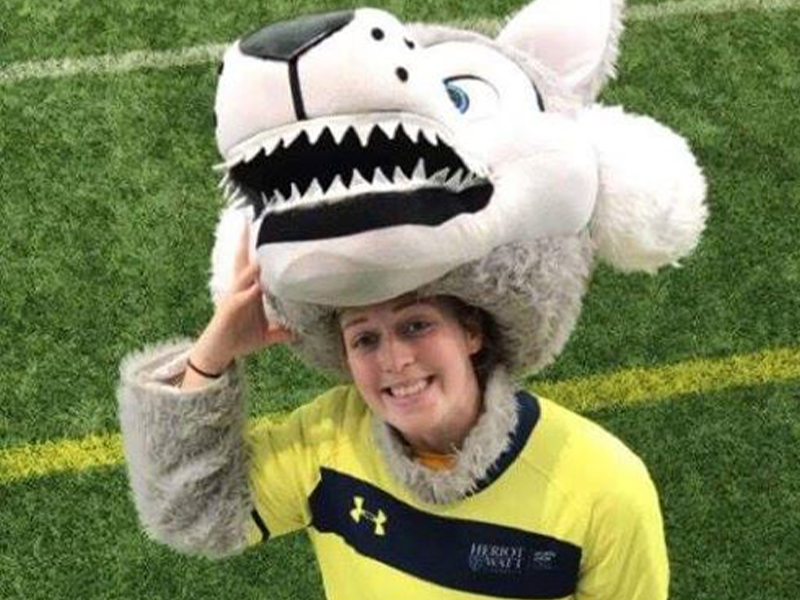 In addition, Holly continues to play both Gaelic Football and Netball at a 1st team level all while holding committee position for both clubs.

She has done more than a little – with Holly’s support, the Sports Union  have been able to introduce Microsoft Teams to strengthen internal communication as well implement new systems to raise the profile and visibility on what’s on offer at Heriot-Watt.

Ben Graham, President of the Sports Union at Heriot-Watt, describes Holly as an exceptional leader at the office, on court, and on the pitch even throughout the busiest times of her Accounting and Finance Degree, quoted as saying “the president’s job becomes infinitely easier with the dedication and support of a Vice President like Holly.”

On behalf of the SSStribe, we would like to say congratulations to Holly for all her efforts – keep up the great work!

Does your institution have a committed student volunteer just like Holly? Why not submit their details for our next Volunteer of the Semester award?

The winning student will receive a £50 Amazon voucher as well as have a profile piece published by Scottish Student Sport.

Nominations are now open and can be submitted by a member of staff or your sabbatical officer via the SSS awards portal found here.

For more information or if you have any general enquiries, please contact Development and Competitions Assistant, Leah Davidson.