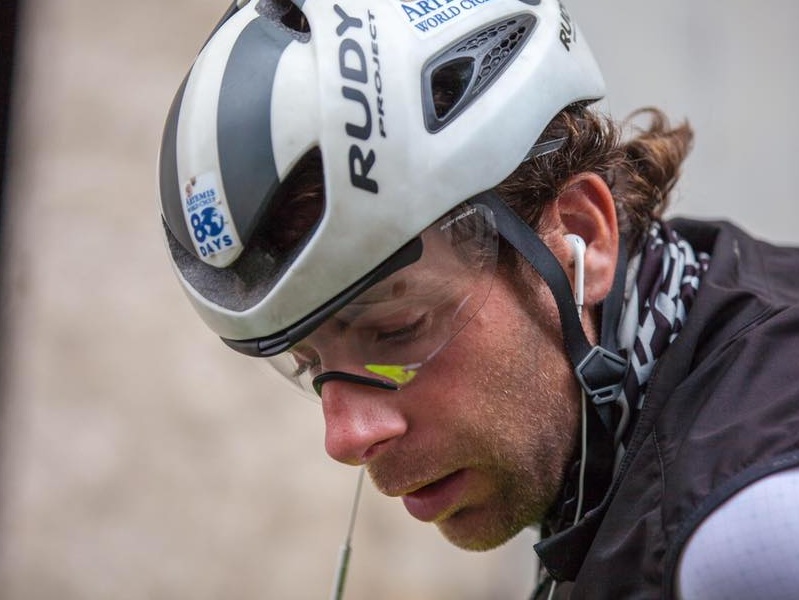 Ultra endurance athlete, ambassador for student sport, and our very own Honorary President, Mark Beaumont, has been awarded a British Empire Medal as part of the New Year honours list.

Mark, who made headlines when he first broke the record for cycling around the world in 2008, made a second record-breaking bike trip last year (2017). He completed a massive journey, pushing his physical and mental barriers, around the world in a time of 78 days, 14 hours and 40 minutes. Not only smashing the previous record set by Andrew Nicholson of New Zealand in 2015 but his own target of getting round the globe in 80 days. Having been fascinated by circumnavigating the world from a very young age it comes as no surprise that Mark would attempt the journey twice. Well, maybe a little.

The Queen’s New Year Honours list illustrates the achievements of many, including Game of Thrones actor James Cosmo, who have demonstrated exceptional service and dedication. Mark will be recognised for his prominent sporting greatness, inspiring local to national athletes, at Buckingham Palace.

“My world has been turned upside down since I got back to Paris and went around the world in 80 days, and it’s all been a bit of a whirlwind. So to end up in the New Year honours list is wonderful and I’m sure when the day comes it’ll be one I remember for a very long time.”

Over 100 Scottish recipients will be highlighted by the Queen and we are absolutely delighted for Mark. Not only a huge privilege but stunning way to wrap up the year. Let’s take a look at his most recent interview on the BBC:

We had the pleasure of Marks company for lunch as we finished for the festive season. If only we had known this in the pipeline there would have been an even greater celebration! Many congratulations Mark!