The 12th BUCS/SSS Fife Tournament got under way with changeable conditions at the Fairmont St. Andrews Torrance course. 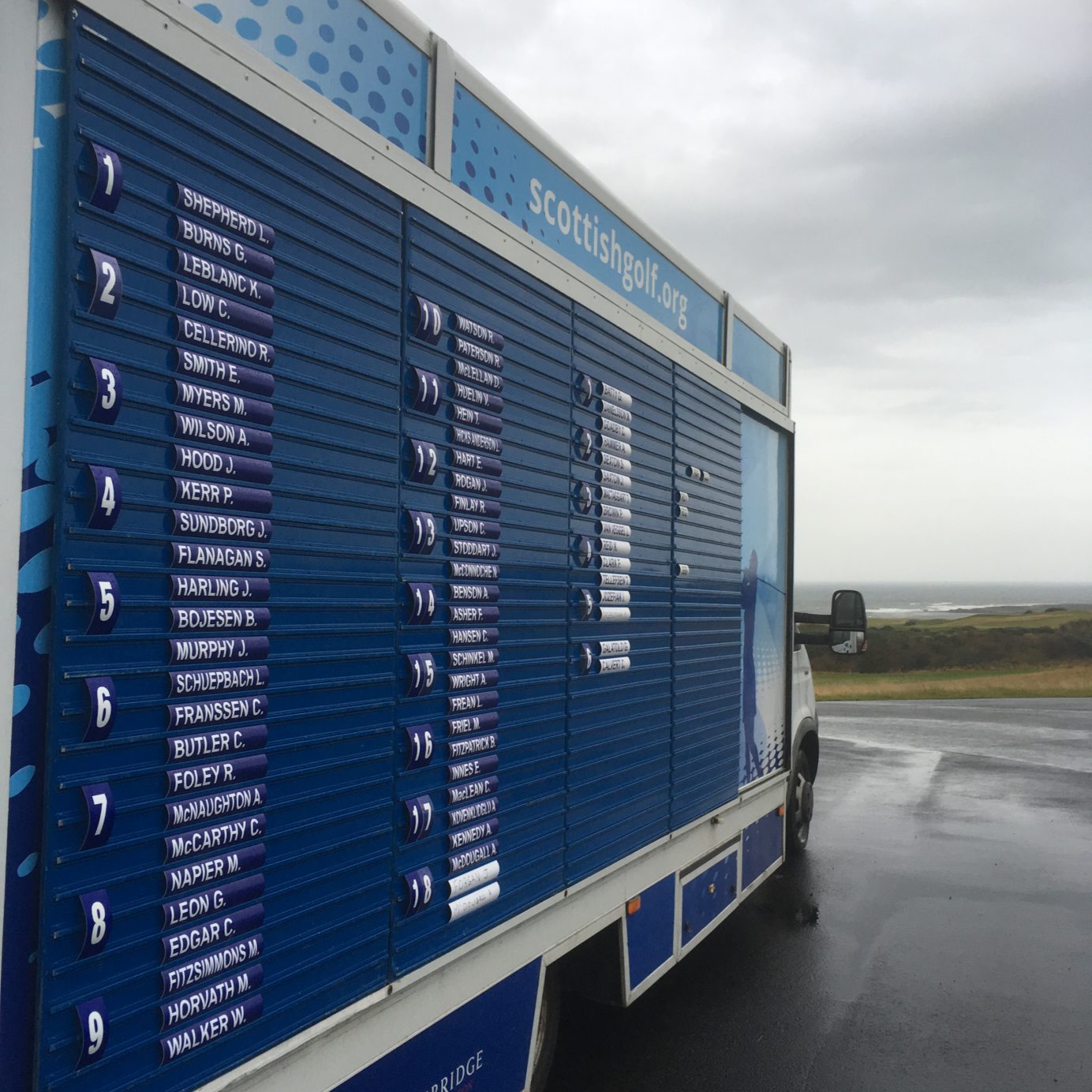 The 12th BUCS/SSS Fife Tournament got under way with changeable conditions at the Fairmont St. Andrews Torrance course. With the course in fantastic condition but a challenging wind the competitors were tested throughout their rounds, although speed of play was the biggest mental challenge for the players.

In the women’s competition, Gemma Batty (Stirling) managed six birdies in her round to join Sinead Saxton (Stirling) at the top of the leaderboard after both recorded one over par 75s.  Lieve Van Veggel (St Andrews) is chasing the two University of Stirling golfers after her three over 77 left her two shots off the lead.

With rounds averaging over 5 hours, slow play plagued the men’s side of the competition and left one group to come back in the morning to finish their round. The round of the day came from the last group to finish as Chris MacLean made light of the darkening conditions birdieing two of the last four holes on his way to a two under par 70. Safely in the clubhouse after earlier tee times were Riccardo Cellerino (Higlands & Islands) and Sean Flanagan (Maynooth), both with very solid rounds to sit on level and one over par respectively, ahead of a group of 5 players at two over. Amongst the highlights of the day was Jordan Hood’s (Maynooth) round of 75, which included a 10 on the 2nd hole but saw him come home in a three under 33.

Saturday’s second round sees play move to the Kittocks Course and with more rain scheduled, patience and mental strength are likely to determine the leaders at the close of play.

For more information, check out the facebook event HERE.