The results, recap and rundown from the first ever SSS Athletics Event! 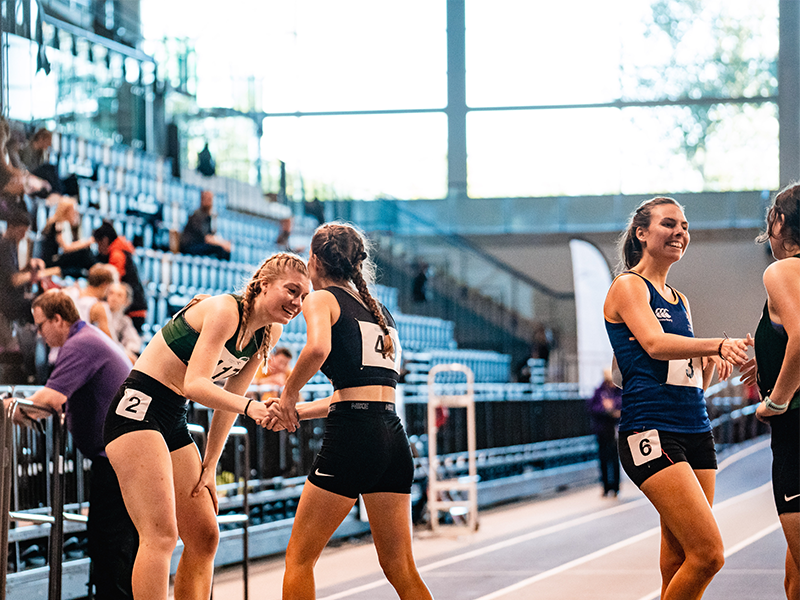 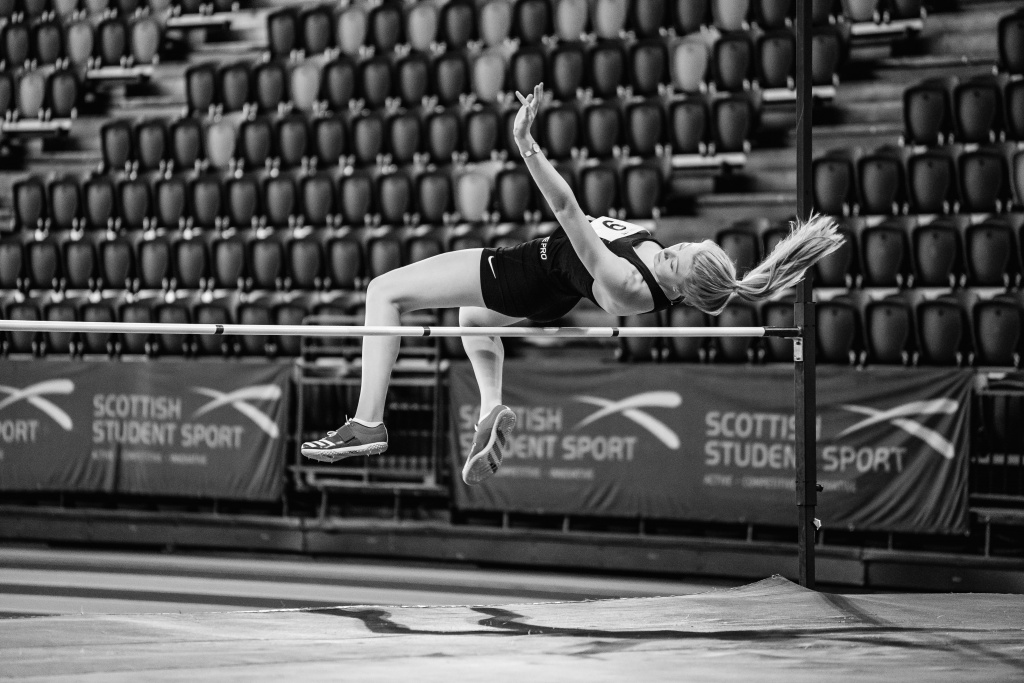 Jumping for Gold | Holden wins the high jump in a tense finish.

It was the start of a new era on 2nd October 2019 as the newly-formed Scottish Student Athletics Committee hosted their first event, the renamed ‘Opening Match’. The Emirates Arena in Glasgow buzzed with anticipation and activity as students from 13 institutions travelled far and wide across the country to take part in the event.

The Opening Match (previously the ‘Freshers Match’) is designed to provide a relaxed atmosphere for students to kick start their participation in the student athletics programme. Athletes with all levels of experience are welcome – the more beginners, the merrier – and we were delighted with a turnout of 129 students. Notable entrants were from the Glasgow Clyde College and New College Lanarkshire – Scottish Student Sport events are always open to colleges so we were delighted with this uptake.

Brilliant performances were seen across the day, with much excitement starting in the Women’s High Jump where a ‘Jump Off’ was needed to separate Lucy Holden (Abertay University) and Emma Thompson (University of Strathclyde). Holden ultimately rose to glory with a score of 1.58metres enough to claim victory. 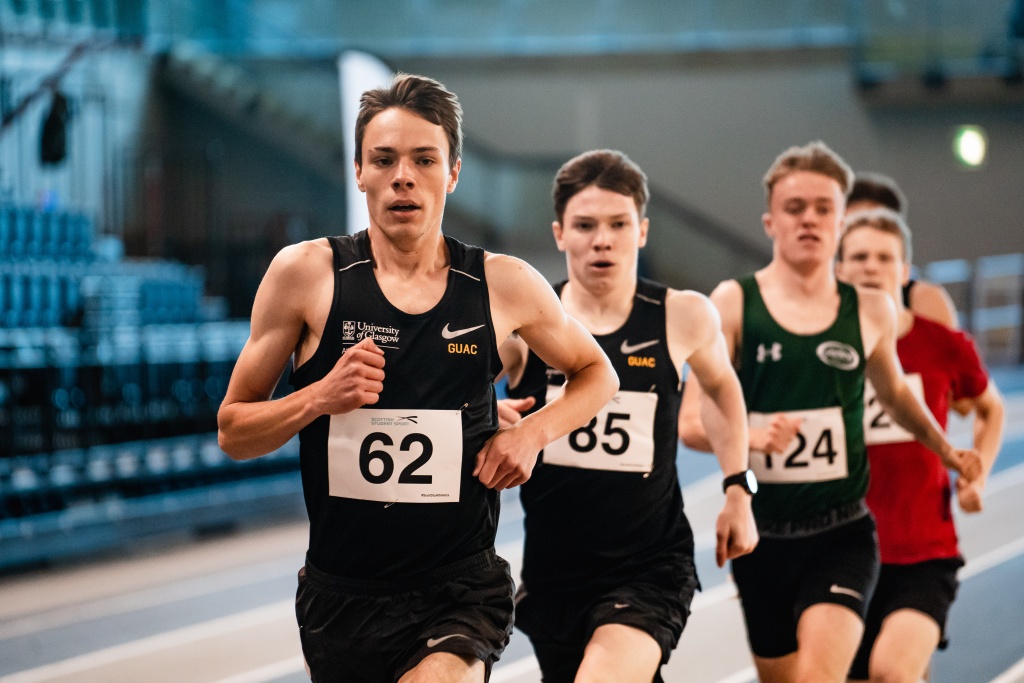 Top 3 Finish for Glasgow in the Men’s 15oom

Glasgow took their momentum from the track to the field with Josie McDonald topping the pile in the Women’s Long Jump with an impressive jump of 4.72metres. Euan Urquhart followed suit in the men’s event with a jump of 6.20metres, while Carl Dietrich claimed top spot in the Shot Put and Mantas Liekis in the High Jump.

The highly anticipated relay races at the end of the day did not disappoint with Glasgow coming out on top again – winning three out of the four races! True SSS collaborative spirit was on show in the Men’s 4x200m as Granite City rivals, University of Aberdeen and Robert Gordon University, put aside their differences to merge and form a guest team when neither club had enough runners to form their own. The team did very well, finishing second, however were not counted in the final results due to their guest status.

The Scottish Student Athletics Committee are keen to preserve the history of the event left by SUCA, and have therefore committed to continue the event records and trophy legacies. The Appleton Trophy pits University of Edinburgh and University of Glasgow against each other and awards the club which wins the most overall points. Congratulations to University of Glasgow who won it this year! 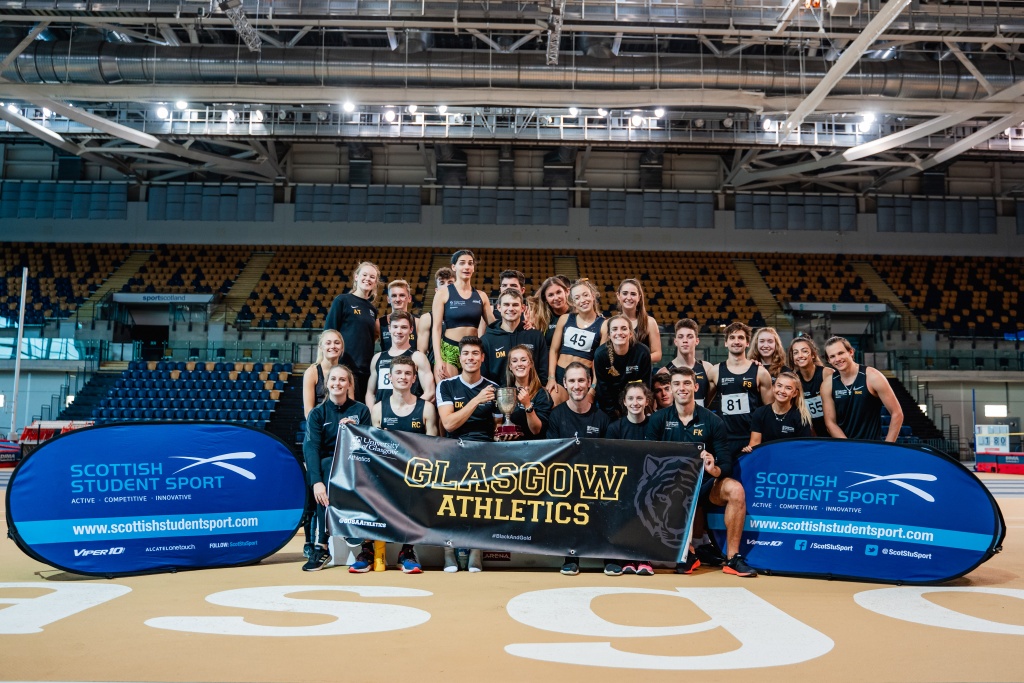 Under the SSS banner for the first time it was brilliant to see the event run so smoothly, and much credit needs to be given to all the officials, volunteers, Emirates Arena and Scottish Athletics staff who without, this event wouldn’t have been possible.

Shout out to Callum McGee for the fantastic photos – all of which are available to view here! 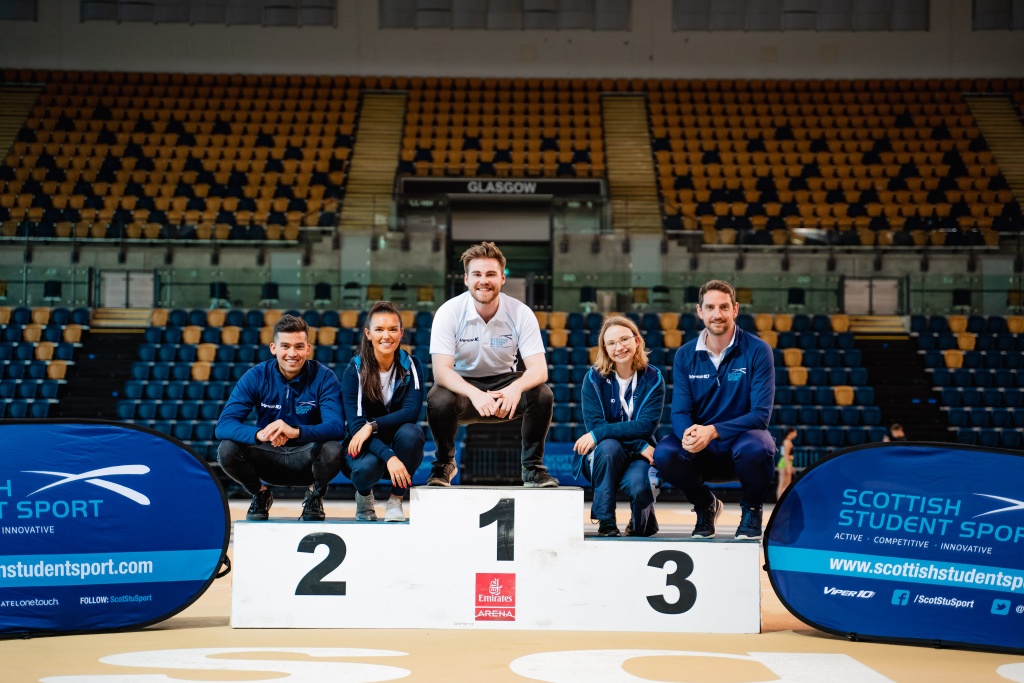