Stirling University retained both the Smith-Murray and the Jack Allan individual strokeplay trophies after a thrilling Final Day at the 95th Scottish Student Golf Championships at Moray GC in Lossiemouth. 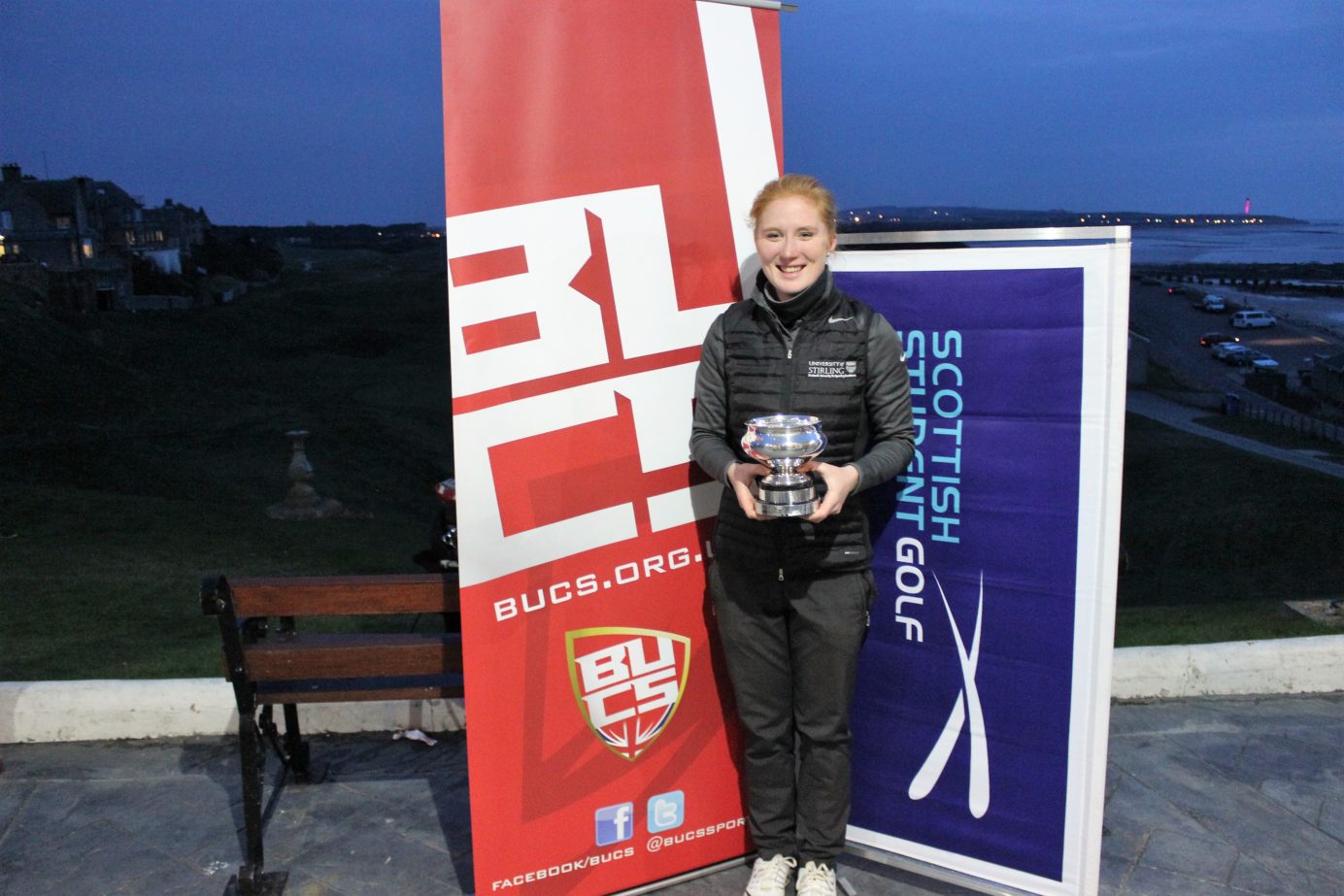 Stirling University retained both the Smith-Murray and the Jack Allan Trophies after a thrilling Final Day at the 95th Scottish Student Golf Championships at Moray GC in Lossiemouth.

Having shared the lead all week, the two leading players in the field battled it out in breezy and cool conditions over Moray Old Course, sharing eight birdies in a tense final round. However it was Batty who emerged victorious, completing a final round of 74 (-1) to post a four round total of -6, two shots clear of Sexton with St Andrews’ Alexa Hammer finishing third on +1.

Batty is the first person to win three successive titles since E-A Macgregor of St Andrews in 1971-73.

Commenting on her victory Gemma Batty said ‘I am delighted with the victory this week. My main focus was to come here and enjoy the golf, which I certainly did. This gives me a big boost and I can now look forward to the British Tour Finals in a couple of weeks time with confidence.’ 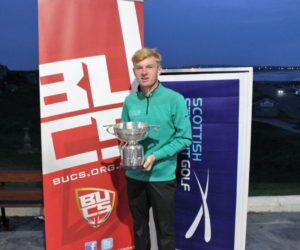 With a three shot lead to protect at lunchtime on the final day, Shepherd would have been forgiven for a defensive approach to the final round, on what was a cold and tricky day on the Old Course.

However, he had quite different ideas as he set out aiming to add the Scottish title to his early season victory in the Stirling International.

Laird accelerated into a commanding position with a birdie three at the first and never looked back, reaching the turn in -4 thanks to birdies at the fifth, eighth and ninth.

He then backed this up with an impressive back nine display in the fading light, adding a further birdie at the 15th on his way to the joint best afternoon round of 68.

This gave Laird a six shot winning margin and an impressive four round total of -8 (274).

His final round score was matched by UHI student Ricardo Cellerino who came through the pack with an excellent last day to finish second on a four round total of 280 (-2).

Chris Maclean of Stirling held on for third place after a closing 74 which gave him a final total of 283 (+1).

Speaking on his Championship victory Laird commented ‘I am thrilled to get my name on the trophy alongside some great players, including recent champions Craig Howie and Mathias Eggenberger. It feels really special to have done it… Coming to Moray is always a big deal for all the student golfers and it is a privilege to have come out on top this week.’

A number of Scottish players will now advance to the BUCS British Student Tour Finals at Princes GC in mid-April, with confidence of further success.

Meanwhile at Lossie the golf continues tomorrow with quarter finals of the men’s team match play (morning foursomes, afternoon singles) and a knockout individual match play tournament for the women.