Blyth Spirit Shines Through at Moray 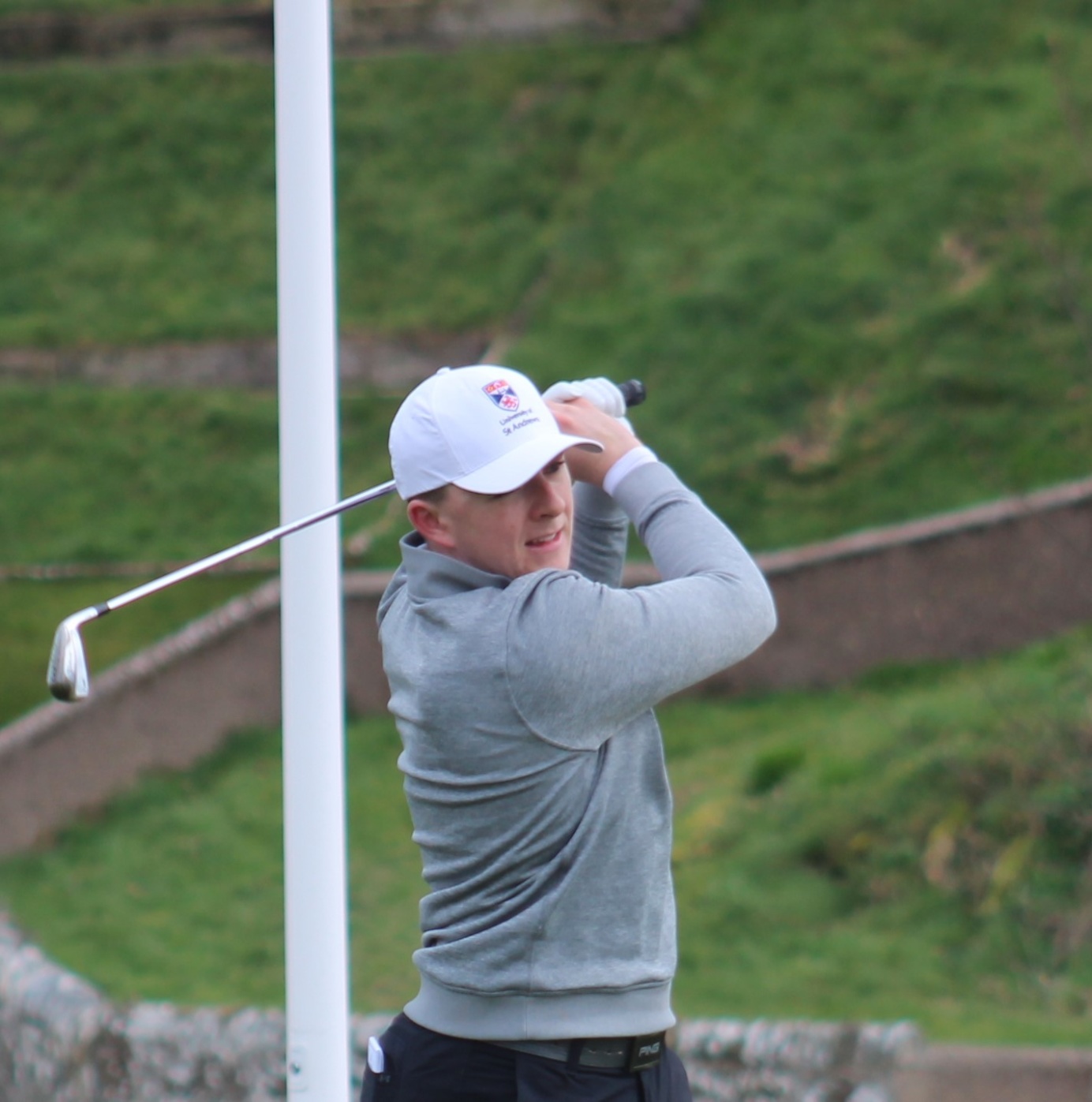 The ladies were first out into the stiff morning breeze for what proved to be an absorbing day of golf. Stirling University’s Penny Brown continued her very useful form from day one, with birdies at the 6th, 9th and 12th on her way to a very healthy 73 and a leading 36-hole total of +4.

This placed her just ahead of compatriot and overnight leader Chloe Goadby (Stirling), who never quite found the same form as yesterday and stuttered slightly to a +4 round of 75, with only a solitary birdie at the 13th to smile about. Nevertheless she remains only one shot back and with everything very much to play for over 36 holes on Tuesday.

The top three at the half-way stage is rounded out by Lorna McClymont from SRUC, who posted a very impressive -1 round of 70 to spring up the leaderboard and finish the day two off the lead on +6. McClymont had an up and down day but showed great tenacity to fire three birdies in her closing five holes, including a 3 at the last that was set up by a wonderfully controlled approach shot to six feet.

Also making the cut, amongst others, are Alexa Hammer (St A), Caitlin Boa (UHI) and Susan Woodhouse (Strathclyde) meaning that six institutions will be represented across the top ten.

Play continues tomorrow over the New and then the Old Course, in pursuit of the Scottish Students title and the much coveted Smith-Murray Cup.

James Blyth of St Andrews (pictured) leads the field at the half-way mark of the men’s competition, thanks to a swashbuckling round of 67. James’ colourful card featured an eagle at the par 5 third, plus five birdies – including a hat-trick starting at the 13th. James thus posted the joint best round of the tournament to enjoy a three stroke lead with two rounds to go.

Riccardo Cellerino (UHI) accelerated up the leaderboard early on thanks to a flawless front nine of 31 that included birdies at the 1st, 3rd, 6th and 9th holes. However he was to suffer a series of unfortunate events over the next six holes, during which 7 shots were lost to par. He finished the day six shots off the pace at +7.

Stirling’s Alasdair MacDougall showed some great fighting spirit after a double bogey six at the first took him to +10 for the tournament. Undeterred, he kicked back with an eagle at the third and would go on to post a further three birdies without reply, finishing the day on +5 thanks to a very accomplished round of 67 (-3).

Macdougall finds himself just one shot behind first round leader Oliver Bailey, who had a topsy-turvy round – including just a solitary par on the front nine – to finish the day in third place on a total of +4. Stirling stablemates Michael Lawrie and Matthew Bell round out the men’s top five, but they will all be chasing the man from St Andrews when play resumes tomorrow morning.

The top half of the men’s field will play the last two rounds over the Old Course tomorrow, with their sights set on securing the Jack Allan Cup for the champion student golfer of the year.