Cameron Trophy debuts on the water at Port Edgar

The weekend of October 22nd-23rd saw 40 sailors from 6 universities around Scotland taking part in a weekend of training and racing at Port Edgar Watersports Centre for the Cameron Trophy debut. 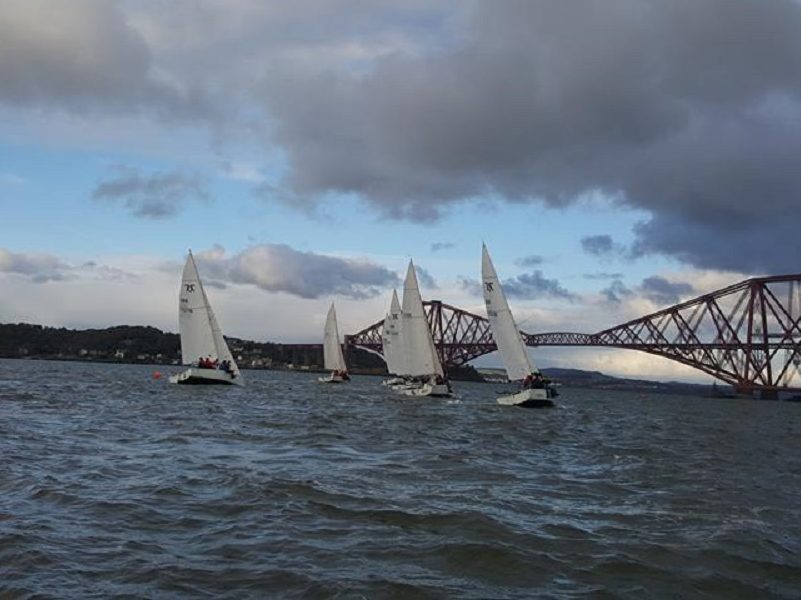 At the weekend we had 40 sailors from 6 universities around Scotland taking part in a weekend of training and racing at Port Edgar Watersports Centre for the Cameron Trophy debut. The event was aimed at developing keelboat racers and giving people the chance to try their hand at it with many sailors having never been in a keelboat or used a spinnaker before!

The event started off with hardly any wind on the Saturday morning resulting in the boats having to be towed back in. However at lunch the wind filled in and stayed for the rest of the weekend, even getting quite gusty on the Sunday. The teams practised a variety of things including tacks, spinnaker work and starts during different exercises and had on the water coaches to give them feedback and debriefs.

Some simple windward/leeward races were completed throughout the weekend. There was some close racing and Edinburgh came out with a clear win having got five 1st and a 2nd. Strathclyde were 2nd and St Andrews only one point behind in 3rd.

The Dundee Commodore Jamie Spratt said, “It was a fantastic opportunity for our sailors to experience a different type of sailing. The weekend allowed for the transition of skills from dinghy racing and yacht cruising into yacht racing giving less experienced members of the club the confidence to take part in the sport more widely. All the Dundee sailors had a thoroughly enjoyable weekend.”

We hope to see all the sailors that were there continue sailing within the Scottish Student Sailing community! Special shout outs to University of the Highlands and Islands who managed a 4th with only 4 on the team and their first year with SSSailing, Dundee for filling 2 teams and one with very little spinnaker experience and Glasgow for coping on Sunday being a team member down! 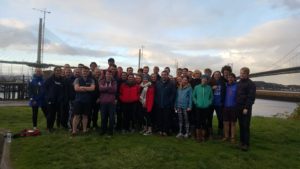