The Scottish Student Games have once again been and gone – but what a Games it was. Each of the 4 Championships which took place across the City of Edinburgh brought brilliant performances from OVER 600 STUDENTS and provided memories to last a lifetime. Read on for a snapshot of the action! 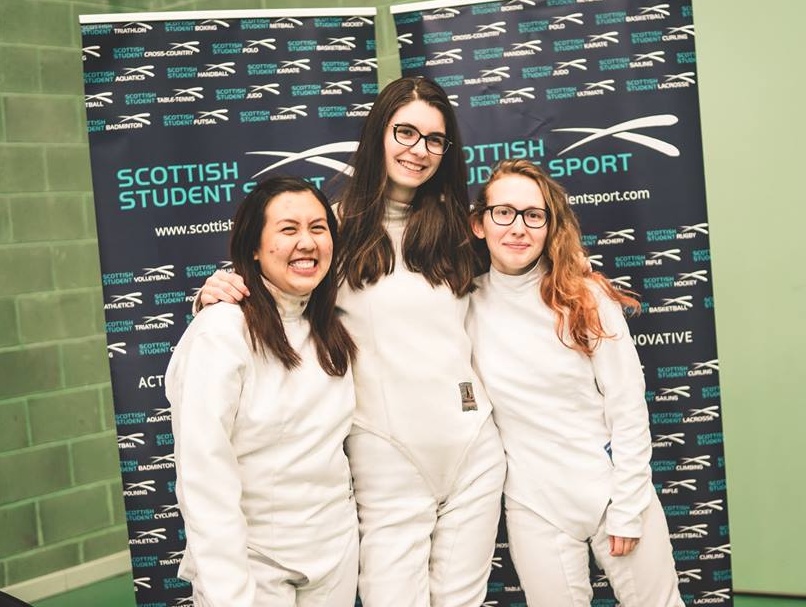 Despite the weather causing disruption to travel, 21 students from across the country made it to the brand new Eden Rock climbing wall in Loanhead, Edinburgh. Students attempted multiple bouldering problems, in various degrees of difficulty, over a 3.5 hour period and scored points depending on the number of attempts it took to complete them. Those who mastered the challenges with the least attempts qualified for the Finals which brought a new element to the competition – a race against the clock!

The finalists (4 Men and 4 Women) were allowed just 3 minutes to study the new routes and rehearse their movements. Those ranked 4th were given 3 minutes to complete the routes, whilst the others remained in isolation. Each climber then attempted the climb in ranked order, scoring points for the number of holds they successfully reached, before repeating this on another route. With multiple spectators, aching bodies and the clock against them the pressure was truly on, but the determination to succeed was rife amongst all finalists providing thrilling viewing. In particular, well done to Keira Farner (University of Edinburgh) who managed to finish in 2nd place despite being ranked 3rd after qualification!

Everybody starts at the beginning, and competing can often be daunting, which is why we offer a Beginners’ Championships in our Fencing programme each year! This environment allows students who have less than 2 years’ fencing behind them to experience the joy of competing and learn more about the sport. We saw students develop in confidence throughout the Championships and witnessed spectacular displays of fencing well beyond their years!

Sunday’s competition brought even more excitement! We shine the spotlight in particular on Ruaridh Smith (University of Aberdeen) who came back fighting to avenge his second place Sabre position in the 2018 Championships. His speed, improved technical skill and sheer determination not only won him gold in Men’s Sabre this year, but also the Men’s Epee! With only 10 minutes in between finals, after a long day’s fencing, this is quite the achievement. Good news also came in the form of family spirit as the parents of Dominic Lee (University of Dundee) travelled 110 miles to see him compete in his first ever Fencing competition! With support like that behind him, success soon followed and Dominic took the silver in Men’s Sabre. Heriot Watt University student, Arthur Pak Hei Mok, also showed dramatic improvement from last year’s event to take the Sabre bronze, alongside Lukas Rossmanith (University of St Andrews). Men’s Epee silver was won by Alex Krabbendam (University of Edinburgh) with bronze medals claimed by Alex Strauss-Jones (University of Edinburgh) and Thomas Iken (University of Aberdeen).

The Women’s Foil event was dominated by University of Glasgow students who took gold, silver and bronze! Congratulations to Camille Hauffmann, Justyna Toporkiewicz and Phakanadh Sutthent for taking the silverware back to the West. Cassidy Ainsworth-Grace (University of St Andrews) added the final medal to the Saints tally with a Foil bronze.

Congratulations to all competitors for your fantastic efforts, full results can be found on our website here. Winners of all weapons have not only won themselves the silverware, but also a free place in our Individual Championships! The fencers have just over a month to fine tune their skills before going up against the best student fencers in Scotland – a brilliant learning opportunity for all.

Elegant, powerful and gravity-defying trampoline routines were displayed across the Student Games weekend by students from all over the UK! The prestigious Open event attracted over 500 participants from 33 institutions and brought with it a return of the Home Nations event, hosted for the first time in Scotland last year.

Sensational displays were seen across all categories, and with strong competition from the Home Nations, Scottish students did well to secure 21 places on the podium (click here for Scottish medallists, full results can be found here). Hard fought golds were taken by Charlotte Marshall (University of Edinburgh) in the Intervanced DMT, Austen Waite (University of Glasgow) in the Intermediate Men and Murray Findlay (University of St Andrews) in the Pro-Elite Men. These sterling performances, joined with the other Scottish results saw the hosts retain their Home Nations title for another year – well done everyone!

Many thanks to Steve Paige (Head of Development) from Scottish Gymnastics for attending and to all those involved in the fantastic organisation of such a large-scale event.

2019 has brought the largest number of student entries to our Table Tennis Championships on record! This is an excellent sign that table tennis, and student sport, is only on the rise in Scotland. The sun shone on the day, which whilst a positive sign for some, the glare of which brought an unexpected additional challenge to the knockout stages. Not fazed by this, we saw excellent performances across the disciplines.

Yao Tang (University of Stirling) seemed unstoppable as she didn’t lose a single set in the qualifying stages of the Women’s singles. She met a strong opponent in Yuhan Wang (Edinburgh Napier University) who took Tang to 4 sets, however Tang remained strong and took the title. Yuhan Wang came a hard-fought second place, whilst Lydia Fu (University of Edinburgh) took the bronze.

Similar dominance was seen in the Men’s Singles as Commonwealth Games 2018 athlete, Colin Dalgleish (Robert Gordon University), took on the best students in the country. It was no surprise that the 9th place finisher in the international competition would storm to the title, though he was put through his paces by Scottish Student Table Tennis Chair Yubo Rasmussen in order to get there! Well done to Johannes Laute (University of Edinburgh) who took the silver and John Hannah (University of Dundee) who claimed bronze.

The Mixed Doubles is an open event, which sees students from different institutions play together, as well as mixed-gender teams. With the momentum from their podium places in the singles, the duo of Johannes Laute (University of Edinburgh) and John Hannah (University of Dundee) stormed to the Gold! Women’s singles gold medallist, Yao Tang, joined forces with Keir Morton (both University of Stirling) whilst Colin Dalgleish (Robert Gordon University) & Zeid Naseem (University of the Highlands and Islands) competed for the final places.

Full results from this event can be found on our website here.

To top off a great day of sport, Richard Yule (Chief Operating Officer, Table Tennis Scotland) attended the event. A long-term supporter of student sport, and table tennis in particular, it was excellent to see him take in the action and present the medals! Many thanks to Richard for his ongoing support.

Overall, the Scottish Student Games 2019 weekend was a huge success! It couldn’t have happened without the efforts of all our volunteers, excellent venue staff and the student competitors who make it all worthwhile – we thank you all. Here’s to another great year of student sport!