The SSS climbing competition for 2017 took place at The Climbing Academy (TCA), in Glasgow, on Saturday 4th of February. 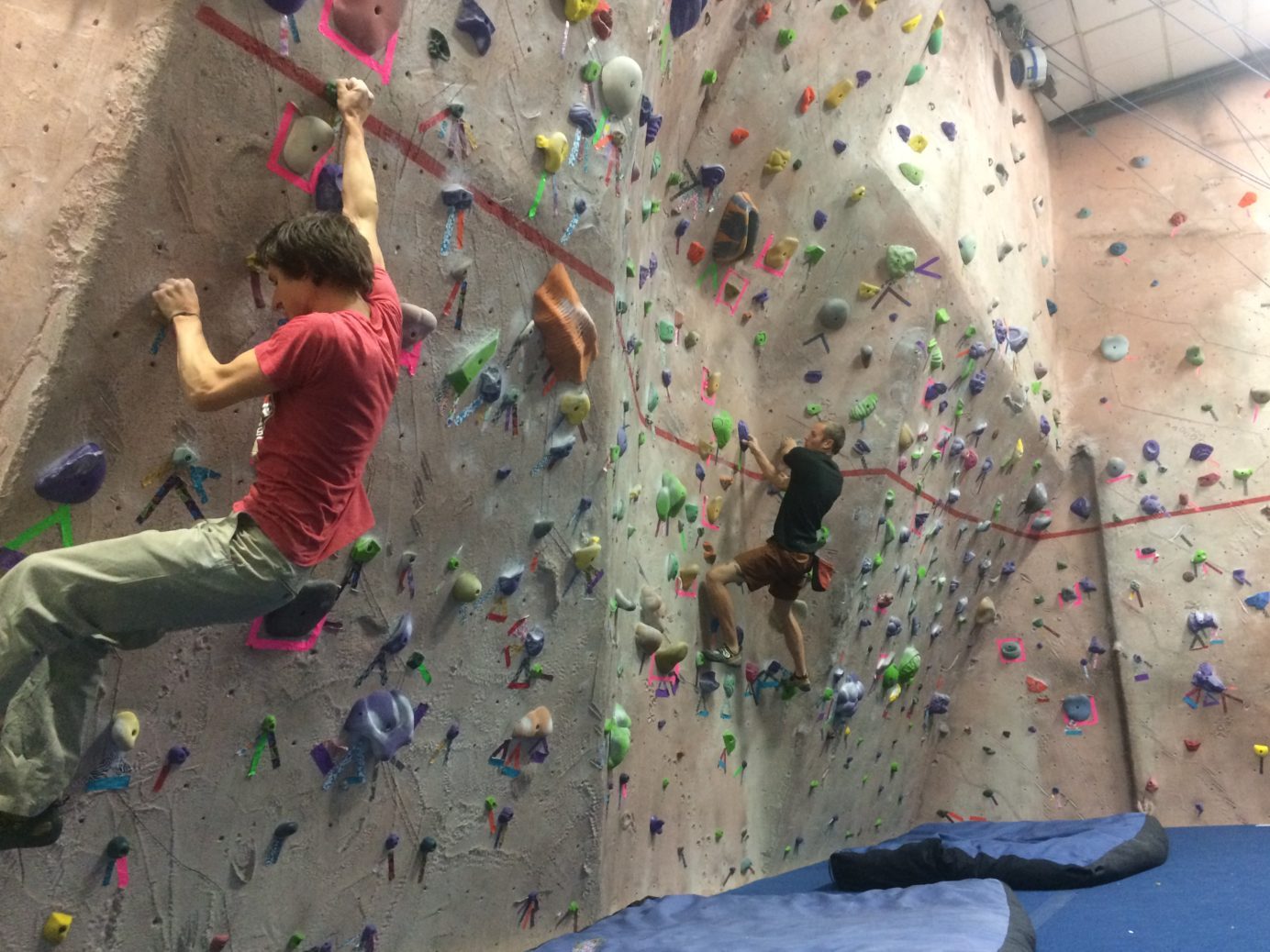 At 11am competitors could begin climbing, in total there was 20 boulder problems and 5 challenges for people to try. These 20 boulders were set by Pete Whittaker, a professional climber, and Gaz Vincent, head route setter at TCA, and the 5 challenges were set by Euan McFadyen and Samuel Scriven. Unfortunately, TCA was very busy on Saturday so competitors had to be especially careful when climbing. This could have been avoided by privately booking TCA but this would have been very costly, and realistically was TCA’s fault for booking several kids birthday parties and lessons on the same day.

The qualification round lasted until 2:30pm, with a few of the challenges changing and becoming more difficult as the day progressed. Overall these challenges were a huge success, and received great feedback from all competitors due to the fun aspect they brought to the event. The 20 boulders had a mixed review with some competitors liking them, and some found them too hard, next year it would be good to start the problems at a lower grade to appeal to beginner climbers. Next year potentially there could be a challenge only competition which is just a fun event where everyone can come along and have a good time. Hopefully this would help attract people who have never done climbing competitions before, as speaking to fellow students at Strathclyde, several people who are new to climbing did not attend the event as they don’t think they are good enough to do competitions, so it would be good to have an event that appealed to these people.

After the qualification round there was a 30-minute break where all the scores were inputted, and competitors had a chance to get some food. Then at around 3pm the finals started. We decided to have a less traditional ‘head to head duel’ final where there was 2 identical problems side by side, and finalists had to race to the top. Overall there was great feedback from this set-up as it was more crowd pleasing to watch. There was a faceoff between 3rd and 4th place, then a super final between 1st and 2nd place. There was a short break in between the women’s and the men’s finals, where Euan changed the problem for the men and we had a raffle for all the competitors. The prizes for the raffle, and for the winners were provided by Mountain Boot Company, who gave us over £400 worth or prizes so a massive thank you to them! After the raffle the 2 men’s finals took place, followed by the prize giving.

Overall the event was a great success with 69 competitors in total. The results can be found by clicking here.

Thank you to Sports Council for Glasgow for their generous contribution towards the event! Thanks must also be given to TCA for allowing us to host the event there; to Pete, Gaz, Sam and Euan for setting all the problems; to Mountain Boot for providing so many amazing prizes; to the TCA staff on the day for dealing so well with all the competitors; and for everyone who competed and made the event such a success! Hopefully next year is even more successful.