The course record on the Torrance Course of Fairmont, St Andrews was rewritten as Nicola Slater (Stirling) moved even further clear of the rest of the field at the 8th Stirling International. 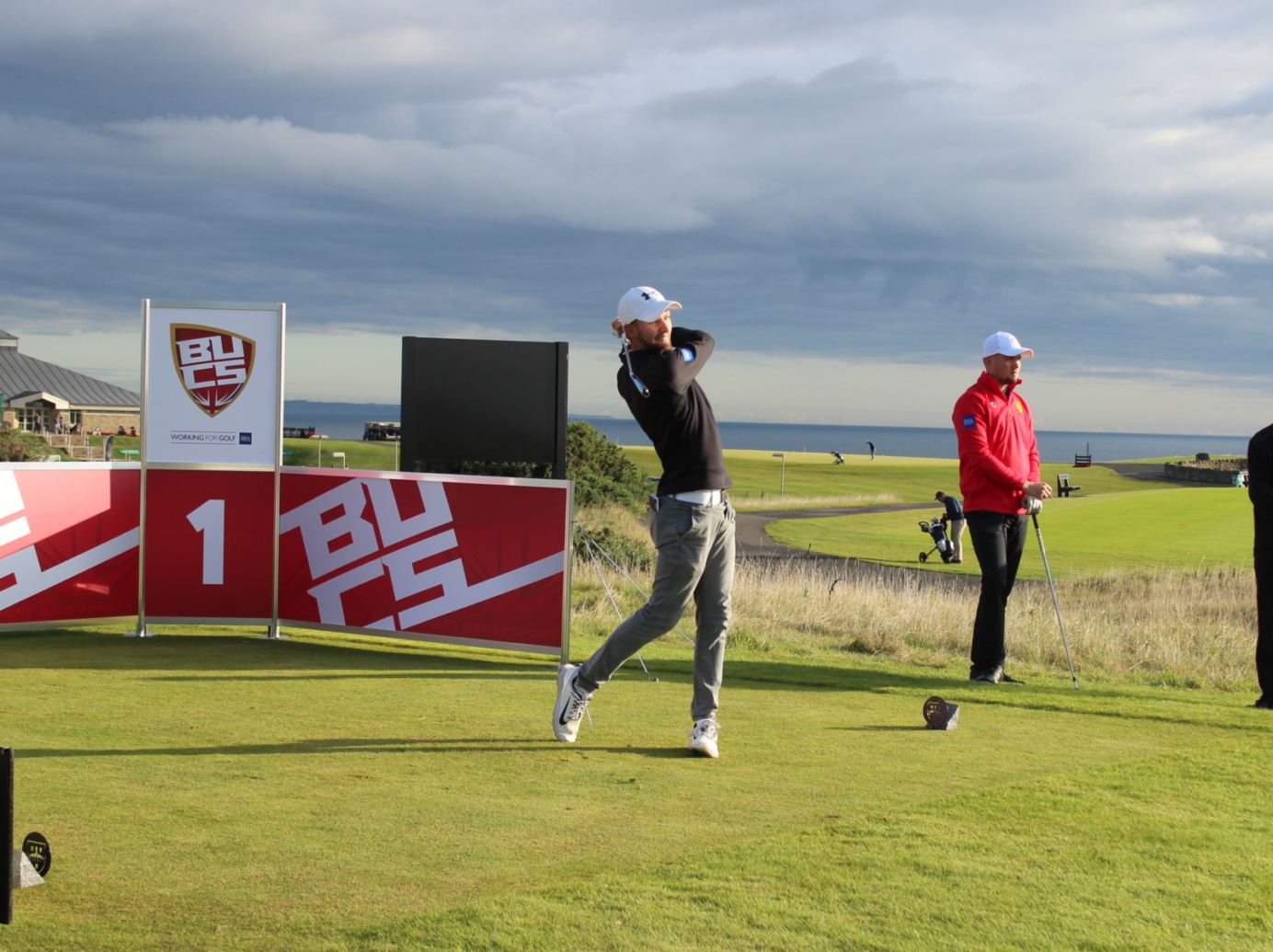 The course record on the Torrance Course of Fairmont, St Andrews was rewritten as Nicola Slater (Stirling) moved even further clear of the rest of the field at the 8th Stirling International.

Having set an unofficial course record from the yellow tees during round one, the Stirling golfer made a familiar start to round two, bogeying the first hole. However, she once again used that dropped shot as a rallying call, firing off two straight birdies and then an eagle on the 246 yard par 4 fifth. Another birdie followed for an outward 33. Four birdies on the back nine, including three in the final four holes, brought her home in 66, one shot better than yesterday, and a nine stroke lead.

Slater was not the only golfer marking red on the scorecard as the chasing pack tried their hardest to get closer to her on cut day. Leading that chase was Alexa Hammer (St Andrews) who used an eagle on seven to help her get to eight under for the tournament after the 12th. Two dropped shots over the closing six holes will frustrate but a round of 69 sees her take a 3 shot buffer over third place into the final day.

Two players share third place and have so far proved inseparable – Penelope Brown (Stirling) and Eleanor Metcalfe (Maynooth) following up their first round 74s with a pair of three under 71s to sit at three under for the tournament. Metcalfe had the slightly steadier round on the card, with five birdies, while Brown had that on the front nine alone, one on the way back in being offset by three bogeys.

In the team competition, Stirling I have taken a substantial lead off the back of Slater’s dominance, sitting 13 shots clear at -18. St Andrews I are in second (-5) with Maynooth in third spot (-1).

In the men’s competition, low scores were the order of the day at the top of the leaderboard.

Mark Napier (Stirling) led the way, having six birdies, including four on the front nine, on his way to a best of the day five under round of 67.

There is a four way tie for 3rdplace, with Maynooth’s Ronan Mullarney and Caolan Rafferty sitting alongside Scott MacPherson (Stirling) and James Rogers (Durham) at three under. Rafferty (70), Macpherson and Rogers (71) all added solid rounds to their first day performances while Mullarney dropped a shot on the second but a run of three consecutive birdies from six to eight helped him move through the field on the way to a four under 68.

However, no one could overhaul first round joint-leader James Glenn (Durham). The US golfer picked up an eagle 3 on the 3rd, and followed that up with a birdie on 7 to turn at three under for the day. While he dropped a shot on the 12th, a birdie at the last enabled him to sign off for a 68, and a one stroke lead over Mark Napier at the top of the leaderboard.

The highlight of the evening groups undoubtedly came from Jack Cornes (University of Central Lancashire) who recorded his first competition, and second overall, hole in one on the par 3 17th.

In the team competition, a strong day for Stirling I and Maynooth I saw them stretch away at the top of the leaderboard, both recording a team total of -7 to move to -8 and -6 respectively. Rounding out the podium places is St Andrews I at +12.

The final day of play gets underway from 0800 tomorrow morning, with the final women’s group teeing off at 1040 and the men at 1130. Tee times and live scores will be available HERE.