The annual Inter-District Cross Country Championships pits the very best Scottish athletes against each other over an undulating, grassy mile circuit against the dramatic backdrop of Arthur’s seat in Holyrood Park. 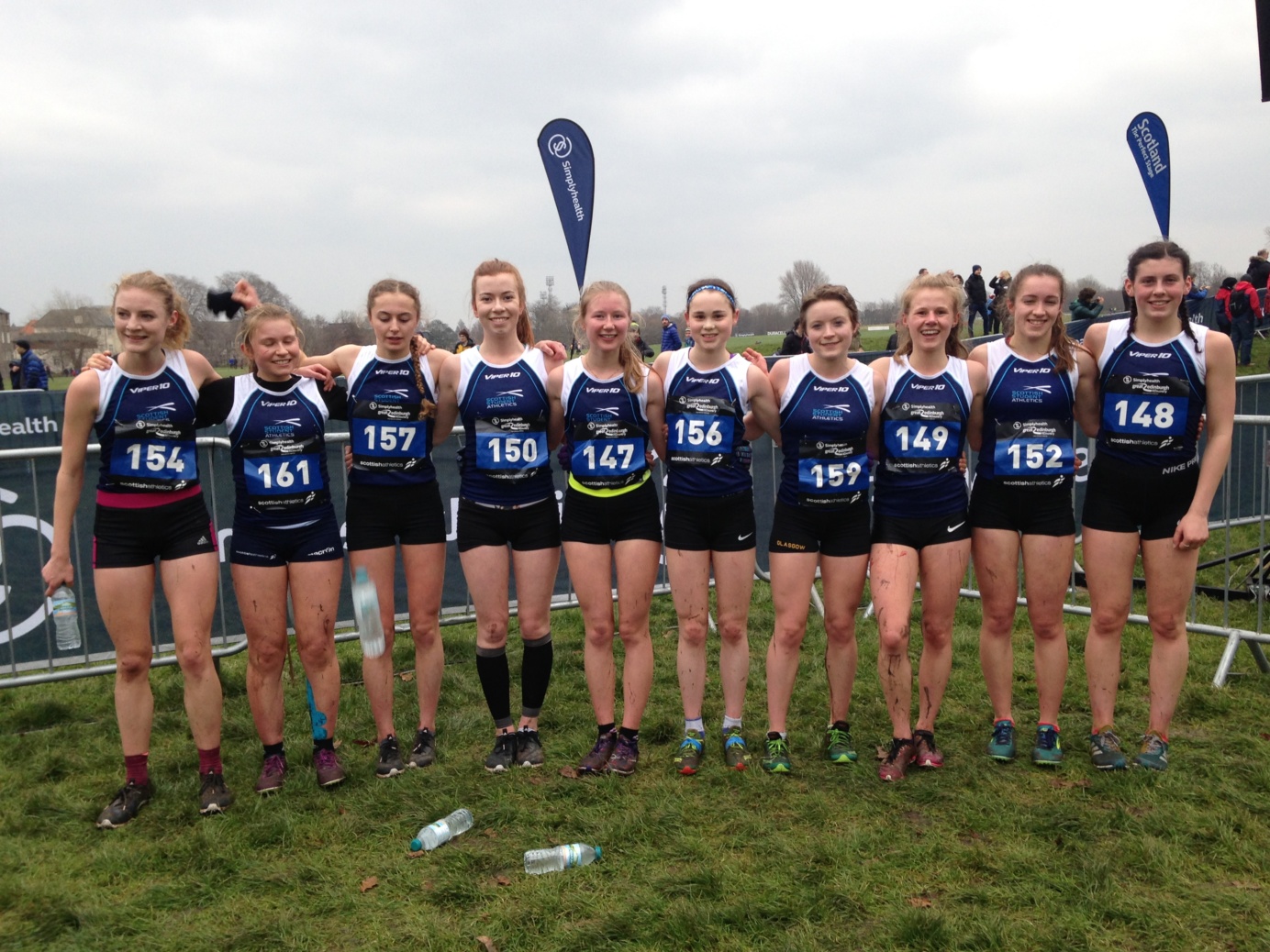 The annual Inter-District Cross Country Championships pits the very best Scottish athletes against each other over an undulating, grassy mile circuit against the dramatic backdrop of Arthur’s seat in Holyrood Park. The race is the perfect re-introduction to the Cross Country season after the festive period, a fantastic spectacle for all and quite handily a mere stone throw from SSS HQ. A Men’s and Women’s National Student Squad were entered to compete against the regional teams in this highly anticipated event.

This year lived up to expectation, with 26 student athletes across both the senior men’s and women’s races. The race is largely a grudge match between the rival districts and the student teams, with the first 6 athletes across the line for each team counting toward the team placing. The winning team is decided by the team with the lowest score (i.e. 1st place= 1 point, 2nd  place = 2 points etc). This means the race truly is a team effort and every place counts, making it really exciting to compete in and spectate!

The Women’s race was off at 10:40 promptly for the four lap (6km) race, with a blistering pace being set from the off. Annabel Simpson (University of Glasgow), Gillian Black (Queen Margaret University), Zoe Bates (University of Aberdeen), and Naomi Lang (University of Edinburgh) were among the early leaders, holding their own in a stacked field. They were closely followed by the chasing pack which included University of Edinburgh athletes Amy Frankland, Catriona Graves and Rebecca Johnson.

This meant the Women’s team placed 3rd overall, comfortably ahead of the North District team! Full results can be found HERE. 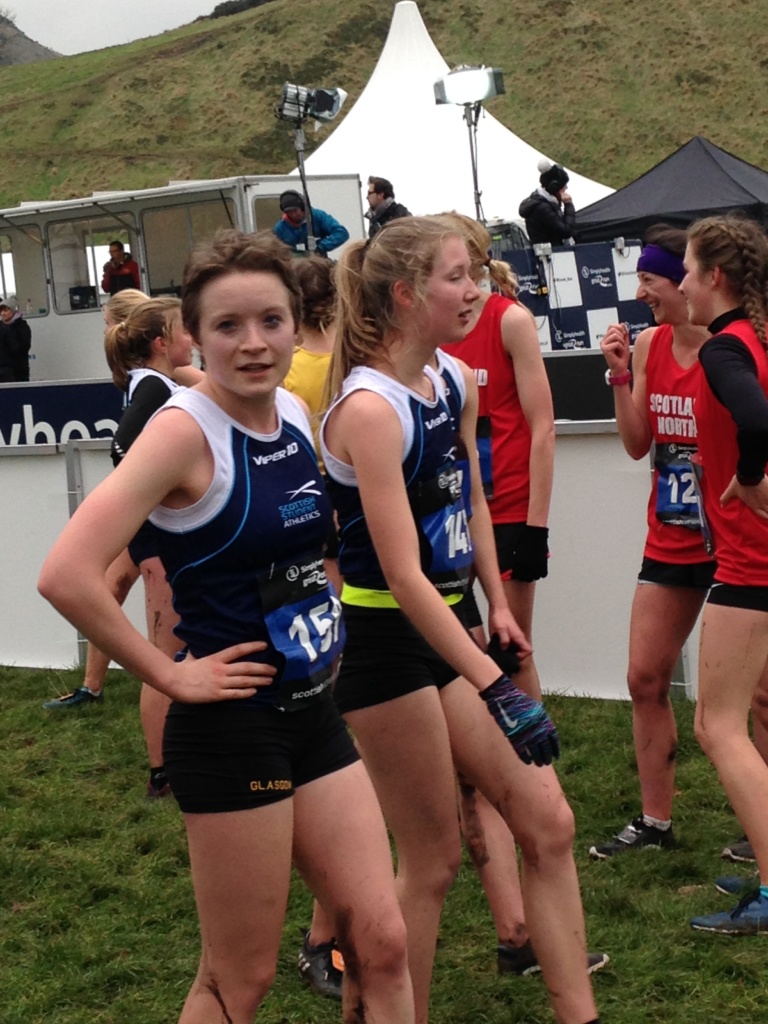 The Men ran the same course but with an added long and short lap to take the total distance to 8km of muddy Cross Country goodness. As with the Women’s race, the starting pace was blisteringly quick, the first kilometre covered by the leading athletes in just under 3 minutes!

Logan Rees (University of Edinburgh) was among the early leaders, going toe to toe with GB Orienteer Kristian Jones in the early stages of the race. Keeping a close eye on the leaders were Aidan Thompson (University of Stirling) and Euan Gillham (University of Edinburgh) in the large chasing pack. Kristian Jones went on to win in 25:55 and a great effort from Logan Rees to hold off Alastair Hay secured his placed on the podium in 3rd place, in a time of 26:35. The majority of the Men’s student team packed really well to take further coveted high finishing positions, crucial for the overall team competition.

Aidan Thompson (9th, 27:02) and Euan Gillham (10th, 27:04) had a friendly tussle for places and finished as the 2nd and 3rd Men’s students across the line. Hot on their heels were Heriot-Watt University student Jonny Crickmore (13th, 27:16) and University of Glasgow’s Ross Gollan (14th, 27:19) who maintained a healthy competition the whole race. Alex Carcas of University of Edinburgh (16th, 27:21) managed to hold off fellow club mate Jacob Adkin (17th, 27:22) to take the final counting position – quite a feat after running the race at each other’s heels! Finishing the Men’s team performance was University of Glasgow’s Tristan Rees (23rd, 27:40), Gavyn Chalmers (38th, 28:21) also of University of Glasgow, James Donald (43rd, 28:42) of Dundee and Angus College and Ewan Davidson from University of Strathclyde (44th, 28:49). 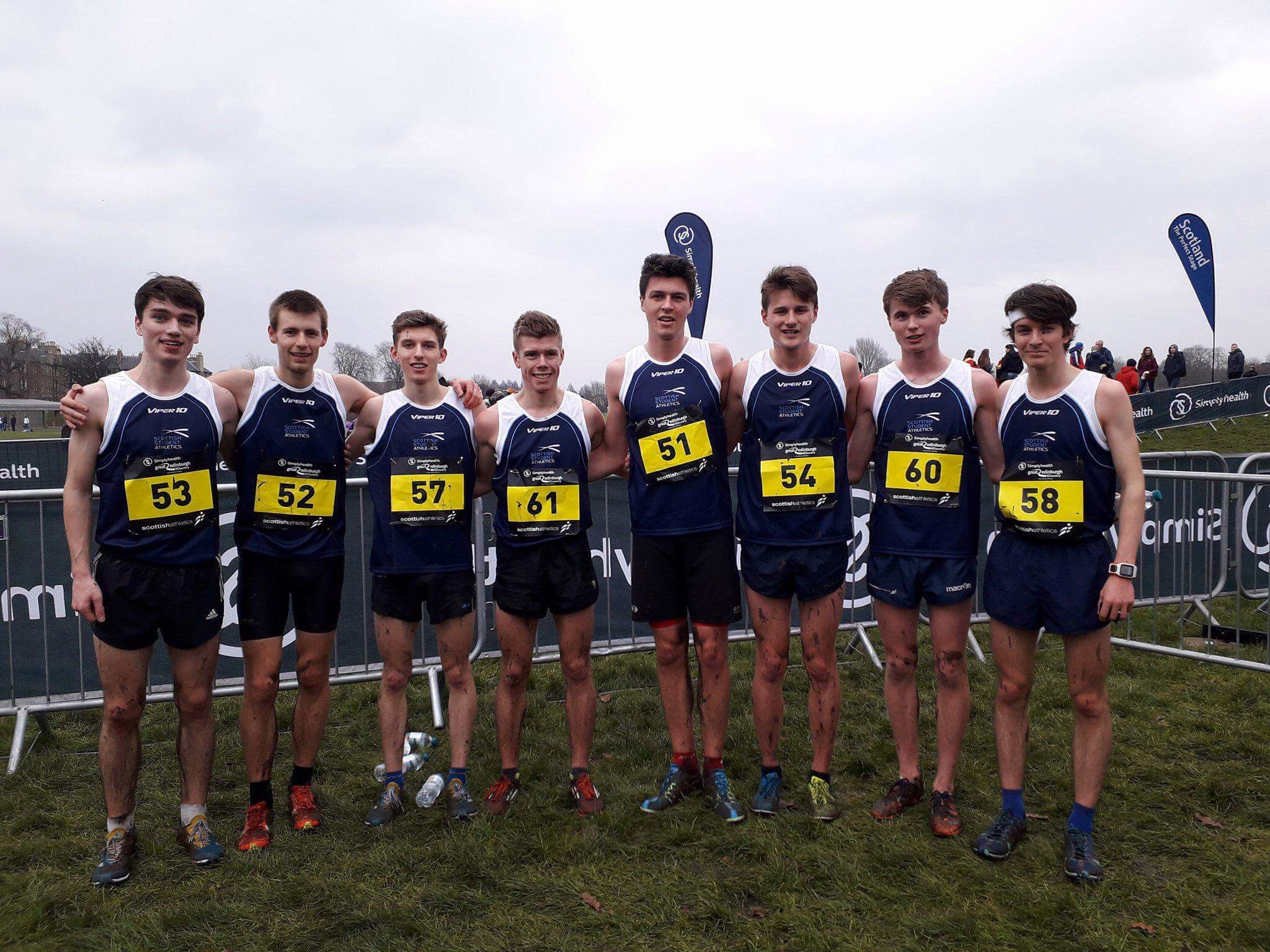 Fine performances from all, which earned the student team 2nd place in the team competition, a mere 5 points off the winning East team. Full results can be found HERE.

All in all, a fantastic day of Cross Country action and a very successful day for our National Student Squads. Well done to all athletes! A special thank you to all race officials, volunteers and especially our Cross Country Chair, James Dunn, for his fantastic work.

Next on the SS Cross Country and Road calendar is the Road Relay Championships on the 3rd March on Glasgow Green – save the date and see our students in action!