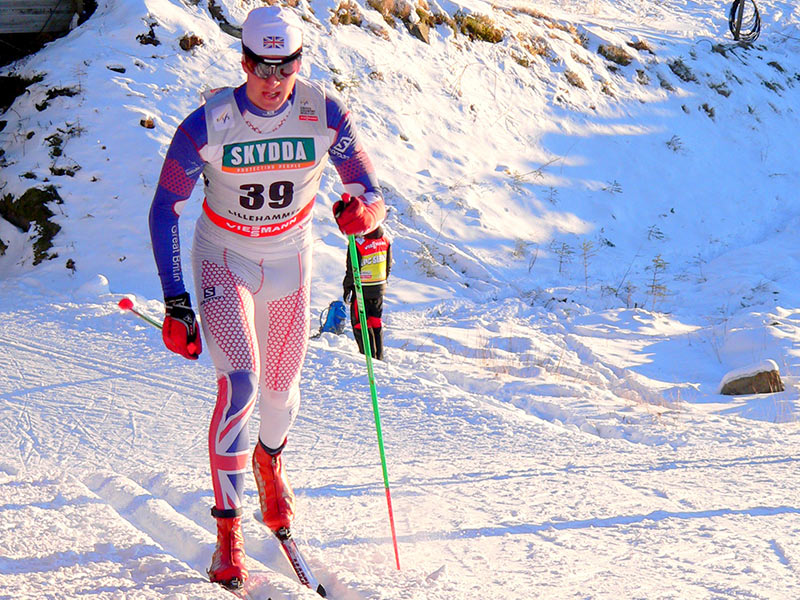 The benefits of living in Norway, a country akin to the Holy Grail of cross country skiing,  should not be underestimated.

Apart from a year straight after school when he trained in Norway, and also learnt the language, Callum has done the bulk of his training in Scotland; a combination of roller skiing, cycling and running, along with training camps in Norway and Central Europe.

Yet despite his reduced schedule on snow, he achieved his ambition of competing for team GB in the 2014 Sochi Winter Olympics.

“I’m sure that two seasons full time in Norway will boost my skiing hugely,” said the Inverurie athlete, who competed in both the 30km skiathlon, 15km classical and freestyle sprint events in Sochi.

His move to Norway is being made possible by a sportscotland Athlete Personal Award, combined with other funding sources.

“Since the last Games I haven’t had so much time on snow but my physical levels have improved, so I’m hoping when I get more snow time my results are going to make a big jump.”

Callum admits that combining study with high level sport has been demanding but the University of Edinburgh gave him flexibility.

And, as one of 148 students supported by Winning Students, Scotland’s national sports scholarships programme for student athletes, he has received funding support and the academic flexibility required to perform at the highest level in sport and studies.

Eighteen Scottish universities and 25 colleges form the Winning Students network. Students at network colleges and universities benefit from a dedicated co-ordinator to ensure they can balance their studies and sport effectively.

“It would have been very difficult without them and this year all my sporting needs were covered by their funding so I didn’t have any outstanding costs which I had to cover myself.

“The degree I chose is pretty demanding so there’s only so much the university can push around so I can train and compete away.

“Some of my assignments I did a bit early and handed them in early so I could have a six week block of training on snow at Christmas time.

Having emerged from the other end, with potentially another six or seven years before he reaches his peak, Callum is convinced he made the right decision.

“It was tough doing both but I have a degree now and I’m now going into two years full time training with one Olympics already under my belt.  So I’m pretty happy with that.

“I’m still really young so it’s hard to say how much better I can get.  But I’m hopeful of a top 30 in PyeongChang 2018 but beyond that, if I was to continue, I would want to be a medal contender at future Games.”