The long-awaited Cyclo-Cross Championships made a spectacular return to the Scottish Student Cycling Series. Read the report from Fife College here! 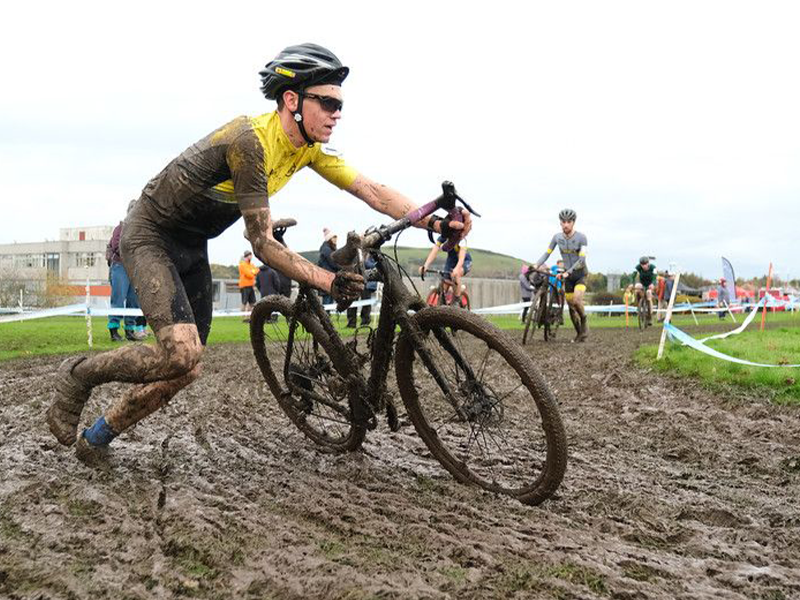 It was a long 24 months, but student cyclists were finally able to utter the phrase #CrossIsHere! The 2021 CX Championships returned to the familiar grounds of Fife College, after a two-year absence due to the pandemic. Fife College CX is a fan favourite in the student cycling calendar and is well known for its muddy and technical nature – this year was no different, as wet conditions turned the course into what can only be described as a ‘mud bath’. 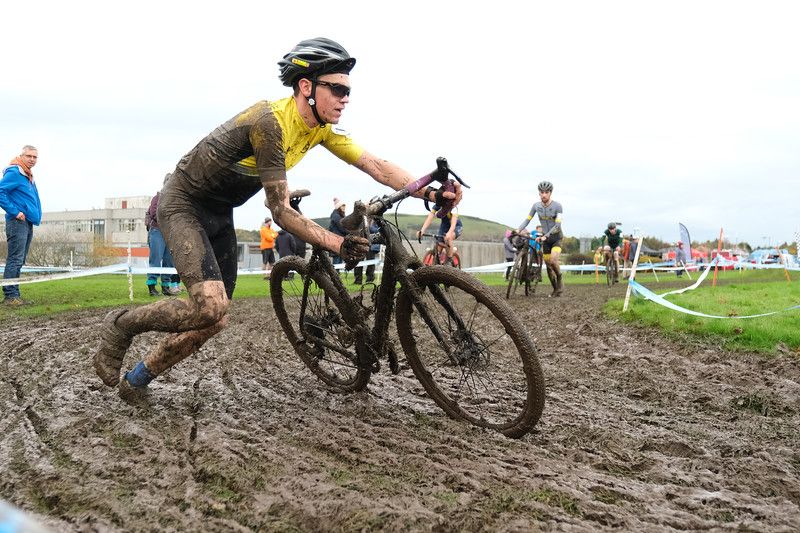 The Women’s Championship saw two of the big names in off-road cycling battle it out for gold. Anna Flynn (Edinburgh Napier University) and Elena McGorum (University of Dundee) who both have British National titles to their name, now found themselves competing for student glory. The two riders put in an incredible effort from the start, having built up an unassailable lead only a few corners in. It would ultimately be Flynn who took gold, finishing 50 seconds ahead of McGorum. It was a long wait for a medal for Abigail Corsie (University of Dundee) having narrowly missed out on Bronze 2 years ago.  Corsie wouldn’t be disappointed this time around as she pipped Mari Cole (University of St Andrews) in the battle for bronze. 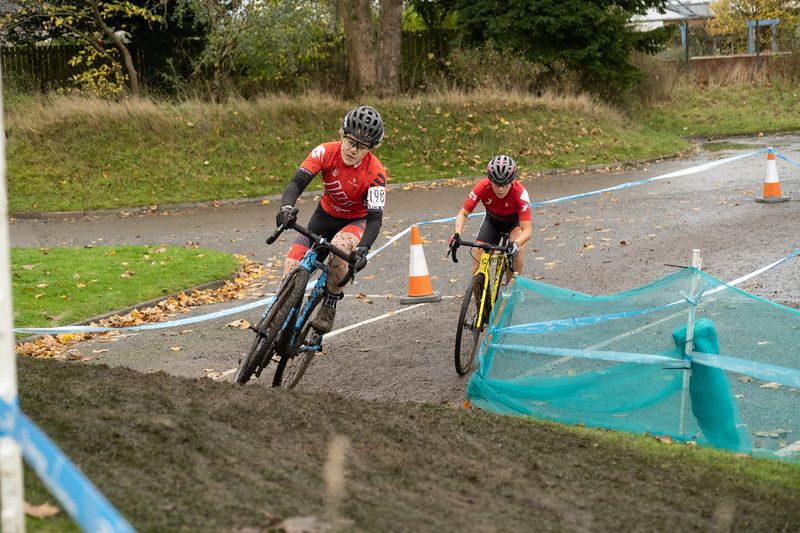 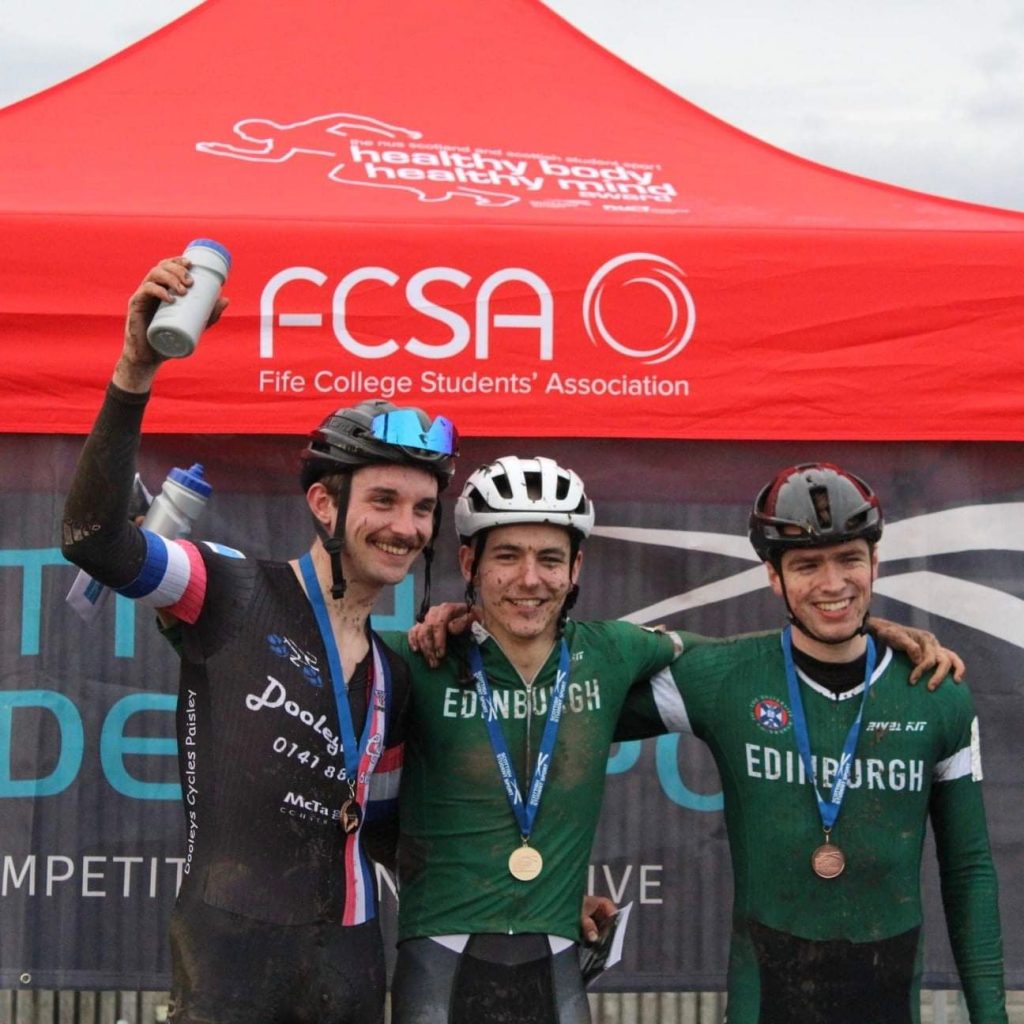 The event welcomed a wide range of students, from British National champions to first-time competitors in cross. Twice as many students took to the start line for 2021, compared to the last CX championships which were held in 2019. Safe to say that student cycling is recovering well after the pandemic.

With the absence of a National CX Series in Scotland, different race formats could be trialled by event organisers. An open race format was used which saw both male and female students compete side-by-side in a non-seeded grid. The format was a huge success from the student’s point of view, offering a close race from start to finish.

Scottish Student Cycling would like to thank Paul Davies, Fife College Students Association and all involved, for putting on such a great day of racing.