This year’s College National Finals took place at the Oriam Performance Centre in Edinburgh on May 3rd 2017. With 7 colleges competing over 5 sports, the event was an exciting hub of activity. The sun came out to say hello but it was the performances which shone the brightest! 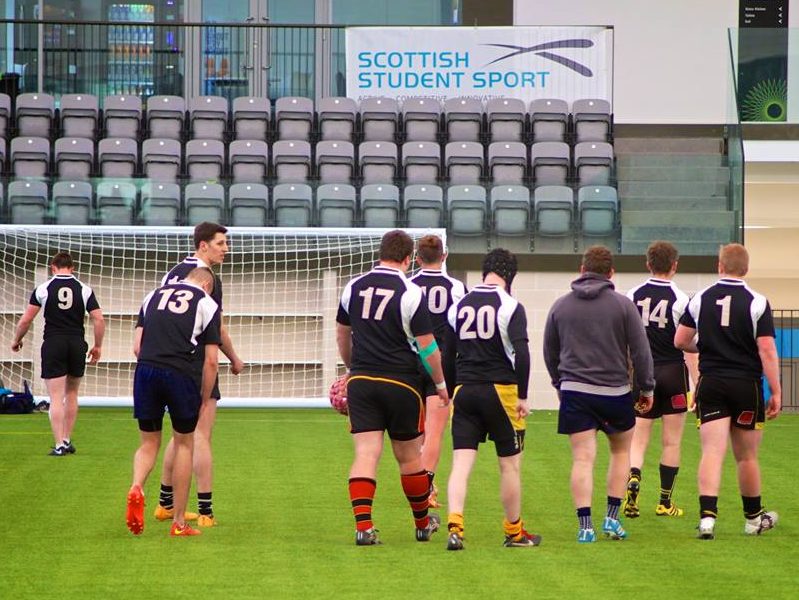 Rugby 7s kicked off the day with a hotly contested round robin tournament between 5 colleges hosted by the SRU on the indoor synthetic pitch. All teams played well with some glorious tries scored, however Edinburgh College 1s cleaned the floor by not losing a match.

The Mixed Badminton match was the next show on the road in the format of 2 men’s singles, 2 women’s singles, 1 men’s doubles, 1 women’s doubles and 1 mixed doubles. City of Glasgow had their hands full with Edinburgh College who had a strong team and won all 7 rubbers.

After a quick court change, Women’s Basketball began in a round robin of 3 teams. Each match saw some spectacular scores and clever plays, but in the end it was Edinburgh College who took the overall win.

A high-energy 4 team round robin in the Men’s Basketball tournament was accompanied by the fantastic tunes of DJ Ellington. We saw some fantastic play which saw Edinburgh College come away victorious, teamwork to fix a slight issue with one of the baskets, but the highlight for SSS was definitely the great display of sportsmanship from City of Glasgow College who offered to make up the West Lothian College team when they were a few players short for their first match. These players were awarded with the Sandy King Award for sportsmanship.

Women’s Volleyball brought us some dramatic points played as all three teams fought hard under the expert eyes of SVA. It all came down to the thrilling final match between Ayrshire College and Edinburgh College but in the end it was Ayrshire College who took the win.

Men’s Volleyball saw a very close competition between 3 colleges. With Ayrshire College and Edinburgh College having both won a match each, it all came down to the final showdown. It was extremely close in both sets but Edinburgh College managed to seal the deal.

The sun came out for the Women’s Football Final and welcomed our far-travelled team from Moray College who left in the very early hours of the day to play City of Glasgow College. It was a very well-organised City of Glasgow team they were facing, however, with the goal-hungry number 7 who took a fitting 7 goals herself. Number 10 was not far behind her with 6 goals. Moray College took 2 strong goals from Number 18 and Number 8 but the waves of attack just kept coming and City of Glasgow took a convincing win. 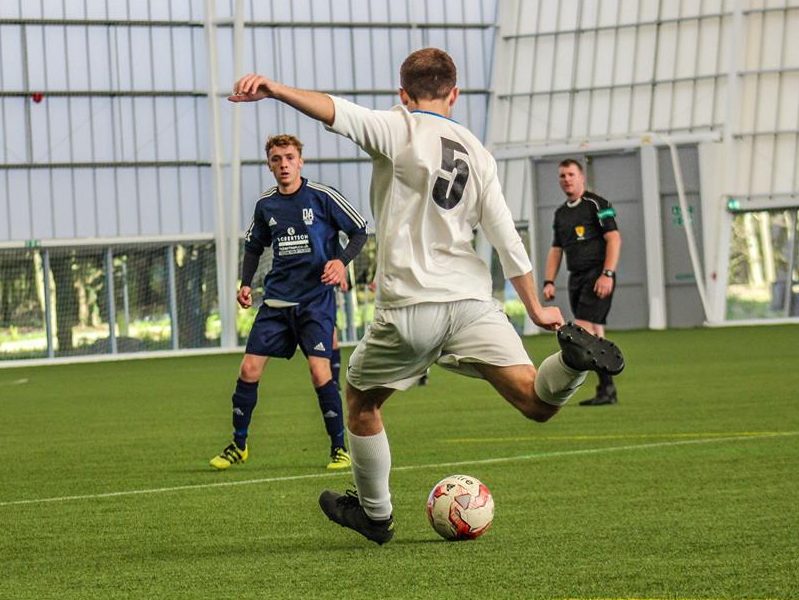 Inside the domed stadium, Glasgow Kelvin College played Dundee and Angus College in the culmination of a 2 month campaign to get to the Men’s Foo
tball final which involved defeating 7 other colleges in the process. Number 2 of Glasgow Kelvin College scored a fast opener but from then on both teams were evenly matched, both struggling to break the other’s defence. Number 8 from Dundee and Angus broke the trend with a fantastic free kick in the second half. From then on it was the successfu
l penalties of the number 11s from both teams which brought the score to a 2-2 draw at full time. The match went straight to penalties and it was a thrilling score from the Glasgow Kelvin College goalkeeper which secured the win for his team.

The Overall College Trophy was returned to previous winners Edinburgh College who fielded strong teams in all events.

SSS would like to thank everyone who played a part in helping the event run smoothly: Oriam, IENA (official event partner), SRU, SVA, basketballscotland, all College Staff, DJ Ellington, Edinburgh College sports massage therapists, all officials and all volunteers.

Well done to all athletes who took part and we hope to see you again next year!