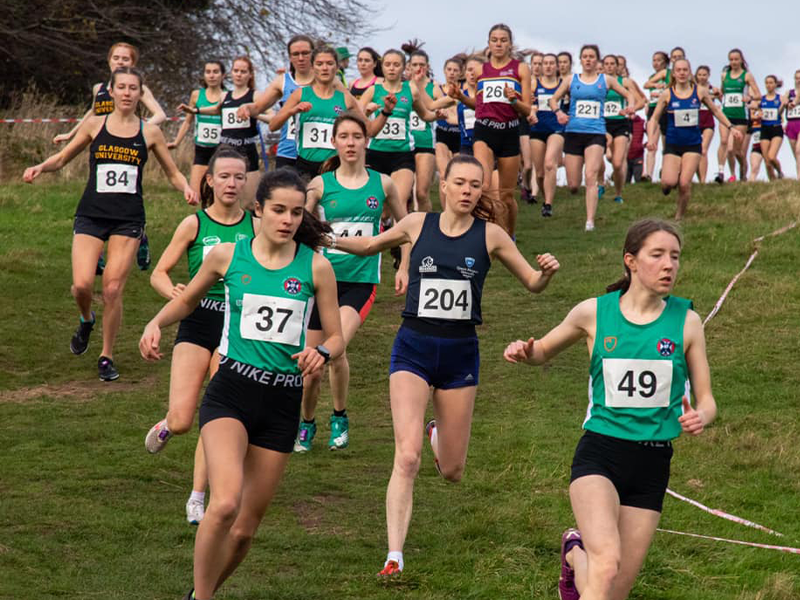 Craigmillar Castle Park was the venue for the Scottish Student Cross Country Championships which took place on Saturday 27th of November. This year’s course took a fresh take on the 2016 course offering an undulating 3 lap challenge that saw 102 men and 46 women compete over the two #RunEqual 7.7km races. 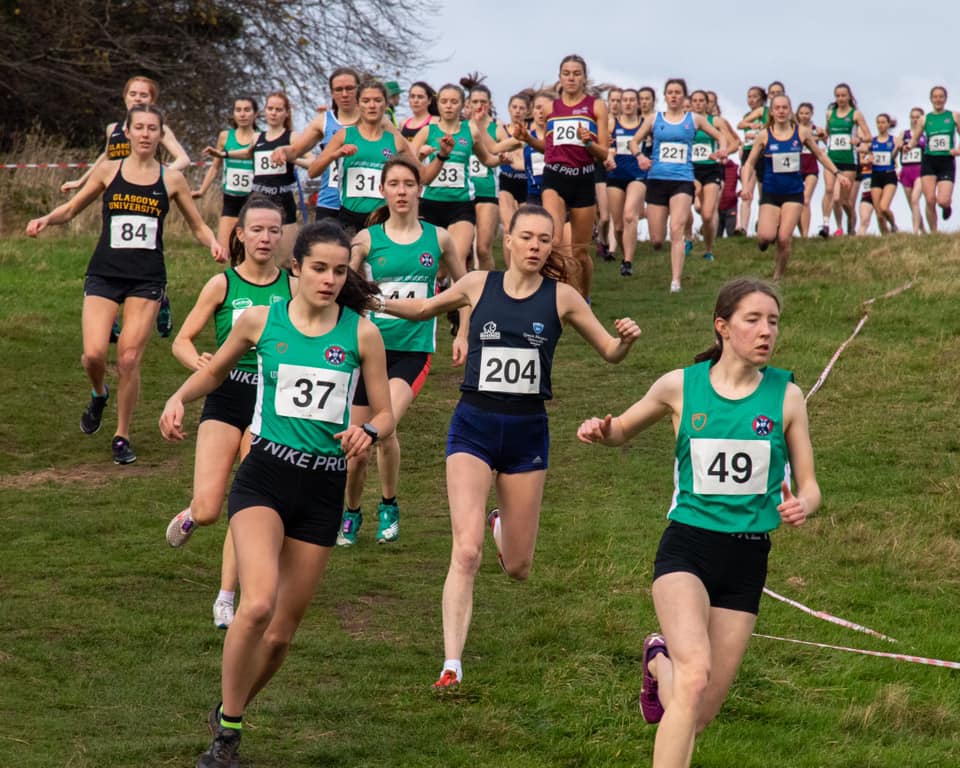 There were Championship wins for Holly Page of Edinburgh University Hare and Hounds and Christian Graham (University of Dundee).

In the women’s race, Holly Page took an early lead that continued to grow across the race – her hill running prowess giving her the upper hand around Craigmillar. There was a close contest for second place which saw Sarah Tait (University of Stirling) finish ahead of Holly Little (Queen Margaret University) in third. 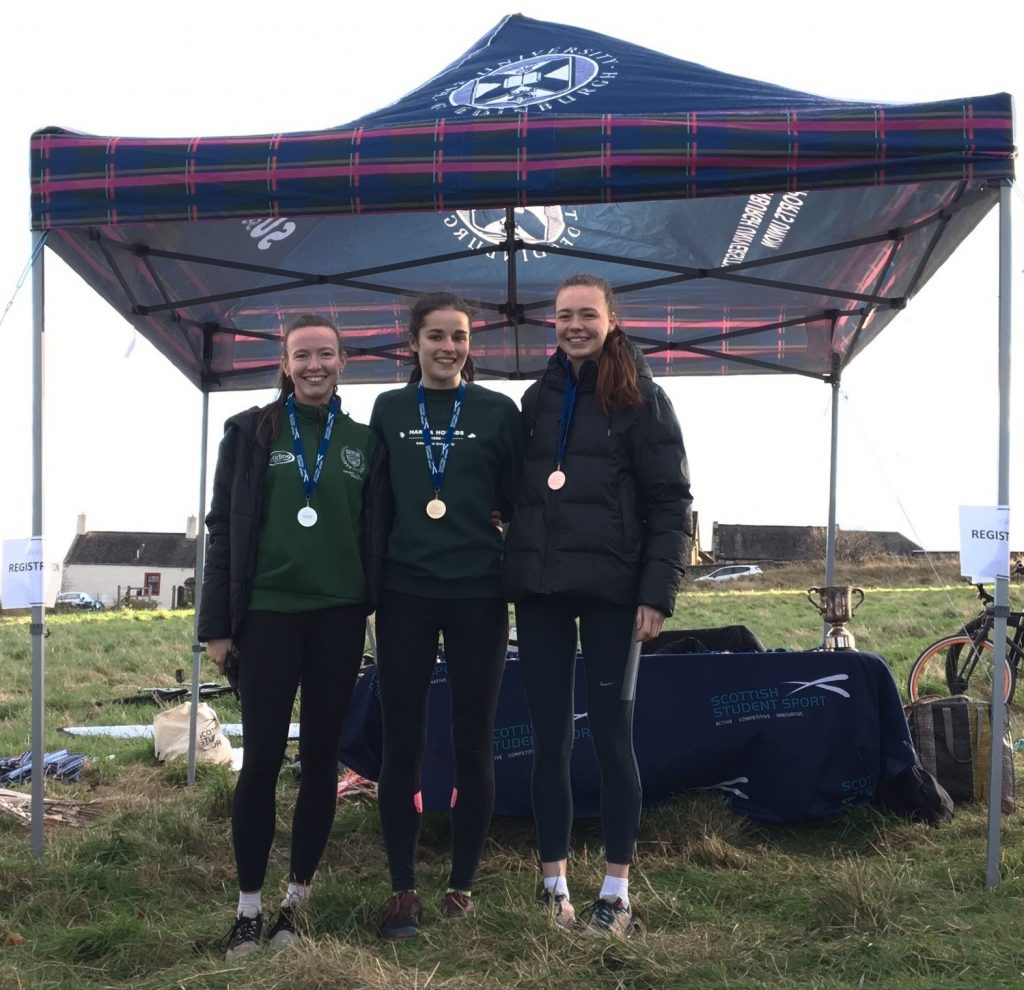 In the men’s race, Christian Graham (University of Dundee) and Matt Knowles (Edinburgh University Hare and Hounds) had a tough battle over the three laps. Graham eventually took an impressive win after pulling away to a 15-second lead in the final lap. Jamie Burns (University of Glasgow came home to bag the bronze medal. 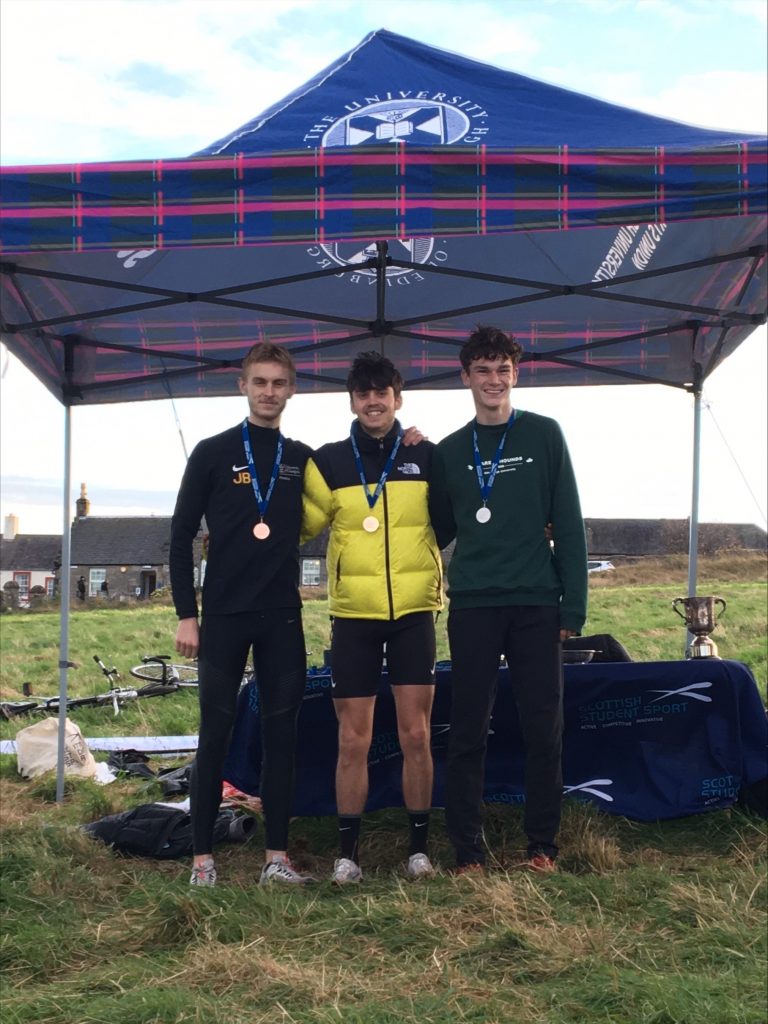 For the team result, the first 4 athletes of each institution counted. The Edinburgh University Hare and Hounds team – Holly Page, Kirsty Purcell, Caitlin Purcell, and Emma Gill – continued to show their dominance on the senior women’s cross-country scene taking a convincing team title. They were followed by the University of Glasgow team who were led to second place by Lynn McKenna in 7th place and Matilda Cornell, Charlotte McKenna and Clare Stewart.  Bronze was awarded to the University of Aberdeen whose team was topped by Zoe Bates in 9th place and was completed by Margarita Radeva, Emma Jenkins and Caitlin Arnott. 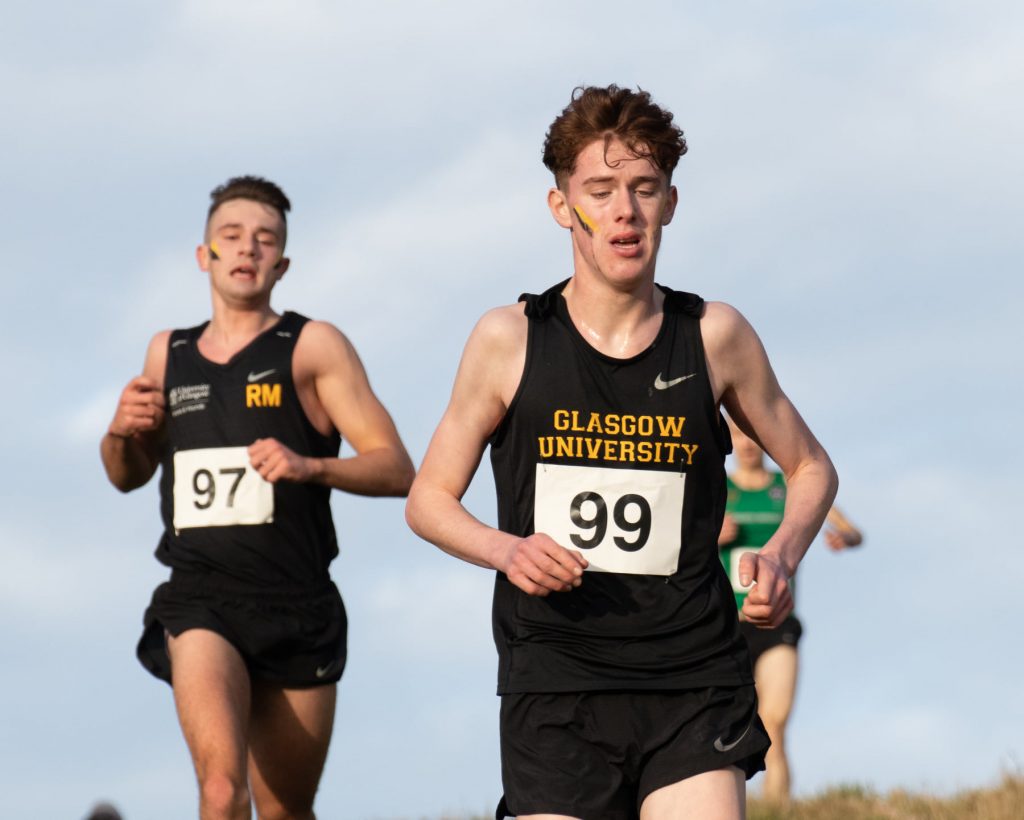 The Men’s Team results were breathtakingly close, with only 5 points separating the top three spots. Led by individual bronze medallist, Jamie Burns, it was the University of Glasgow who topped the podium with great runs from Magnus Tait, Cameron Fordyce and Philip Neilson. The University of Edinburgh just managed to stay ahead of Stirling with only 1 point separating them overall. Well done to the silver medallists (Matt Knowles, Harry Henriksen, Callum Tharme and Ruaridh Mon-Williams) who fought off the speed of Kieran Reilly, Calum Phillip, Matthew Sutherland and Hamish Hickey.

The prize for Best Overall Institution went to the University of Edinburgh with medals in each category sealing the deal!

Thank you to the City of Edinburgh Parks Department for the breathtaking venue for the Championships. Thanks also to the volunteers and officials, without whom the event would not have happened. Results were provided by the team at Keep It Simple Timing who did a fantastic job on the day. First Aid was provided by Burnside Events First Aid Ltd who, thankfully, had a quiet day! Shout-out to Edinburgh University Hare and Scottish Athletics who helped organise and run the event. Most of all, thank you to all competitors for attending and making the event a success.

You can check out the full results HERE. The official event photos were taken by Michael Philps and can be found HERE