Scotland were crowned Home Nations Champions after an action packed final day at the University of Edinburgh’s Peffermill Playing Fields saw the 2017 edition come to a close. 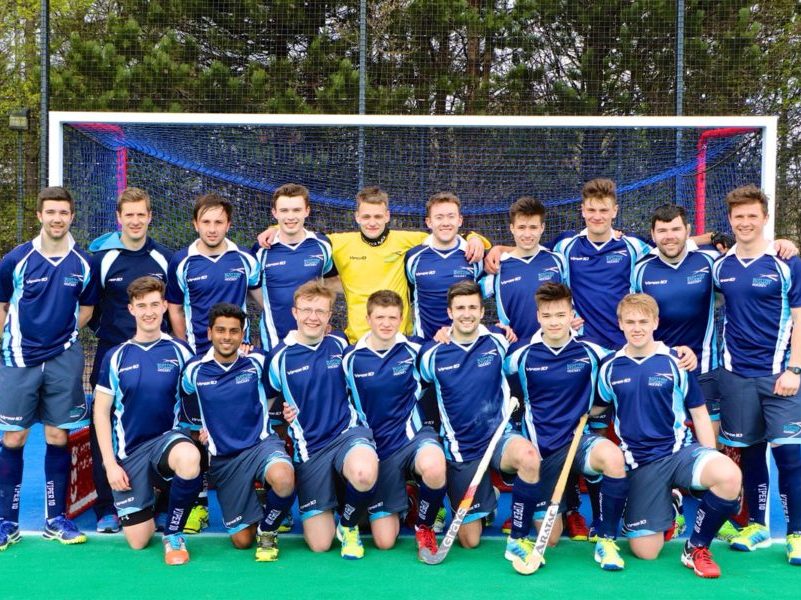 With Scotland having faced Wales on day one, and Wales England on day two, this final day saw Scotland and England face off in hockey and football with everything on the line. A very exciting day of Rugby 7s had left all four Home Nations level on 4 points in the overall standings, with 3 points awarded to the winner of each competition, 2 points to the runners up and 1 point to the third placed team.

First up were the men’s hockey and women’s football teams. With previous results, the situation in hockey was simple – England needed a win to secure the title while any other result would see Scotland crowned champions. Neither team sat back in an end-to-end first half that saw the crossbars rattled no less than four times before Scotland broke the deadlock to take a 1-0 lead into the break. A second goal had Scotland cruising to the title until England pulled one back to ensure a nervy final ten minutes. Scotland were able to ride out the pressure and a third goal with just under two minutes to go settled the contest, Scotland winning 3-1 and securing the title. England finished in second place with Wales in third.

Women’s football was the only match over the day that would require penalties should the sides finish level, both England and Scotland having defeated Wales in the competition. This fact led to a tense affair with neither team creating many chances in the early stages of the match and seemingly reluctant to risk a mistake. It was England who struck first, with the first flowing move of the match ending with the ball in the Scottish net. Chances remained few and far between as England held their lead through to halftime. Scotland knew they needed to come out firing in the second half and they certainly did just that – although this seemed to enliven England as the second half saw a much higher tempo game. Scotland were able to convert one of a number of chances to tie up the game at 1-1 and, despite a number of chances for each side, the final whistle went with the teams still level. The penalty shoot out that followed was a very tense affair as befitted the stakes; an early save from the England keeper being offset by a similar effort from Chloe Logan. Scotland had one chance to win it at 4-4 only for the England keeper to come up with a good stop, before Logan saved a penalty and converted her shot to secure the victory for Scotland.

As a result, the early fixtures left the overall scores at Scotland 10, England 8, Wales, 6.

The second round of matches were women’s hockey and men’s football. Women’s Hockey saw England in the box seat, knowing victory or a draw would see them crowned champions, with Scotland needing to win by at least two if they wanted to knock England off top spot. A much improved performance from Scotland saw a closely fought match but the strength shown by England against Wales was again on show as they secured a 2-1 victory and, with it, the title. At the same time, they tied up the overall competition at 11 points for Scotland and England, Wales having finished second in the women’s hockey.

This meant that the whole competition came down to the men’s football match. With England and Wales having played out a draw on Wednesday, Scotland’s hard fought victory over Wales on Tuesday meant they had the luxury of knowing that a draw would be sufficient for the title. However, this didn’t see them sit back and after a frenetic start, an exciting game of football broke out and it was somewhat of a surprise that half time came with no goals to report. However, that changed early in the second half as Scotland took the lead. This goal only served to ignite the English flame as they pushed for a goal to get back in the match. This did leave them open to the counter attack and Scotland had a couple of chances to put the game to bed before England used their dominant set pieces to good effect to score an equaliser. While England continued to press, and Scotland attempted to take advantage of the counter, it seemed inevitable there would be further goals. However, it wasn’t to be and the final 1-1 scoreline saw the Scotland men secure the football title, and also the overall Home Nations 2017 title.

It has been a week to remember with Home Nations firmly back in the student sport calendar. Thanks go to the University of Edinburgh for hosting the tournament, to all of the volunteers, the officials and the medical team that allowed the matches to take place, the fans for all of their support, but most of all to the coaching teams and the students who gave their all representing their institution’s Home Nation.