The 51st annual Round the Houses saw a host of teams represented at the Scottish Student Sport 10km Championships. Beginning and ending at Grangemouth athletics stadium, the flat course invited fast running. 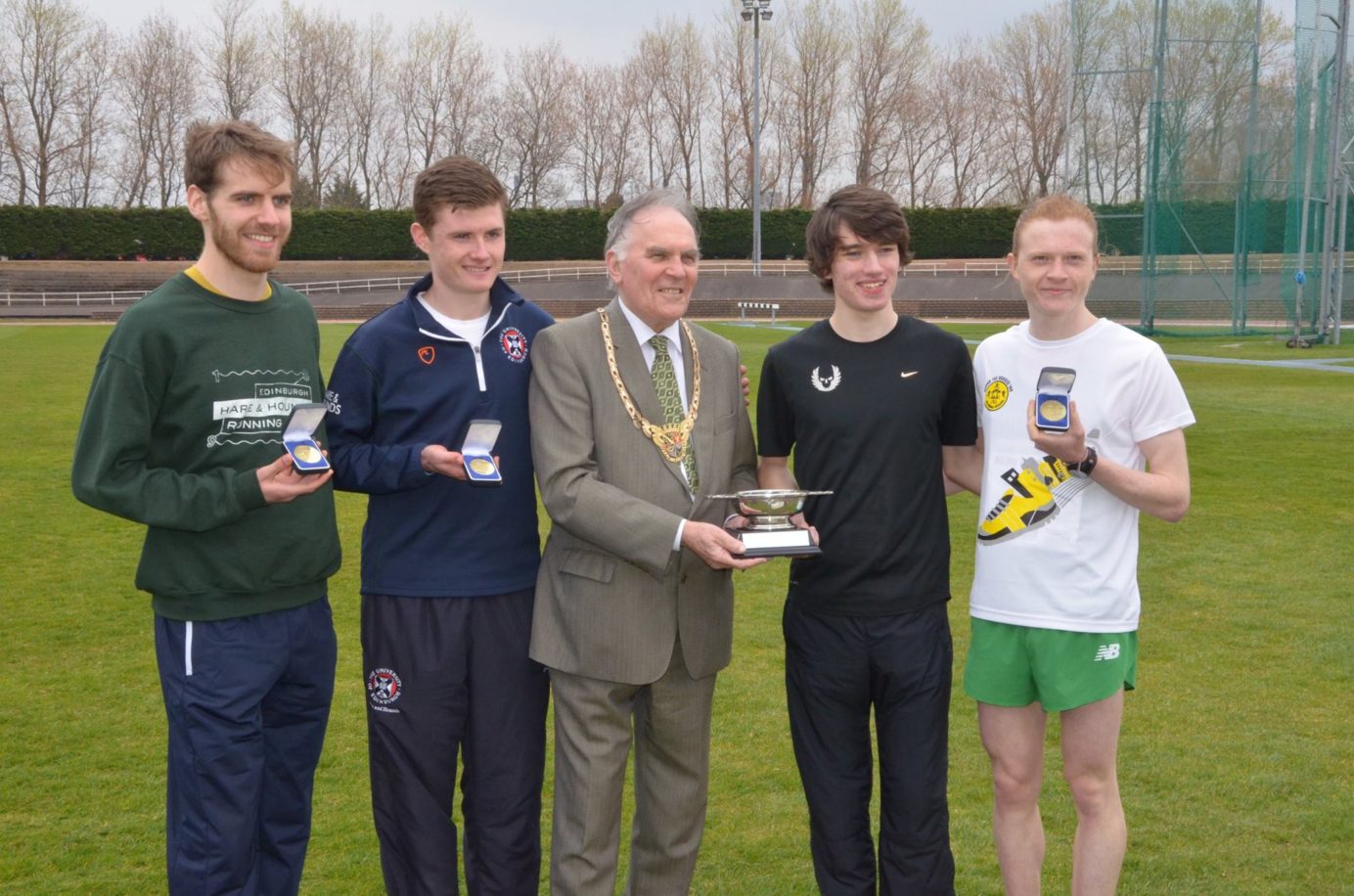 As the race developed, a leading pack formed and splintered before windy conditions buffeted athletes through the last mile. Shettleston Harrier’s Wayney Ghebresilassie emerged the overall winner in a time of 30.57. Chasing seven seconds behind was Scottish Student Sport Men’s Champion Euan Gillham, pulling away from fellow Edinburgh University student Logan Rees in the final stages of the race. Logan’s time of 31.16 was enough to hold a one second gap over James Bowness of Glasgow Caledonian University, completing the podium for the men’s competition.

After the race, Scott Stirling commented: “Training had to take a back seat with final year exams but I’m happy with my run today and delighted to help Edinburgh pick up the title.  We’ve been pretty dominant over the years here and it’s great to keep that record going”.

Edinburgh ladies’ captain Amy Frankland marveled “It’s brilliant to see the team performing so well throughout this long season. Our membership spans from national and international athletes to those first taking up the sport and we love competing as a team on days like this”.

Many thanks to Falkirk Victoria Harriers for once again hosting the championship and congratulations to everyone racing on the day.