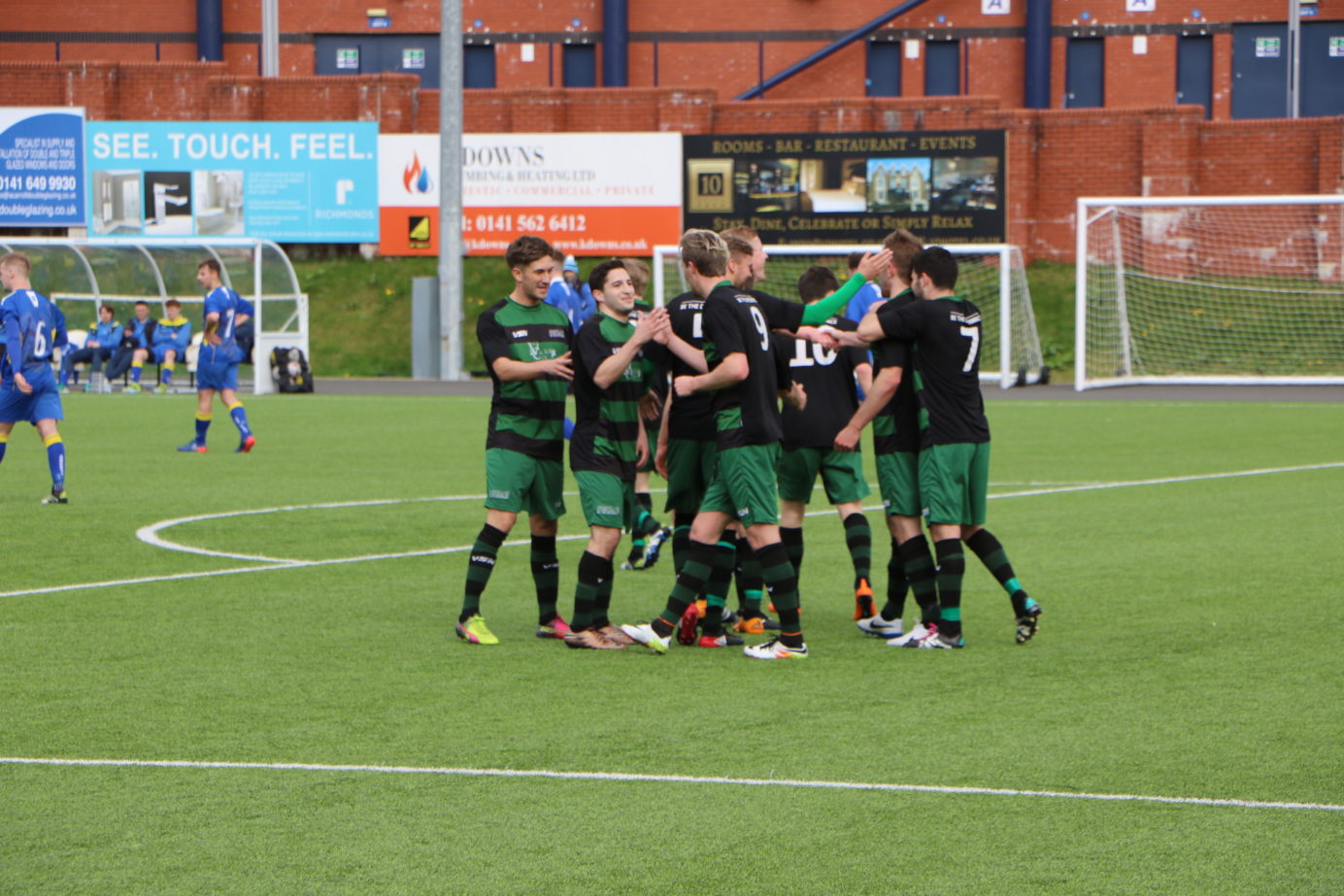 Half time gave both teams a great chance to recover and, fresh from the changing room, Katy Morris scored a dazzling strike in to the back right of the net for Stirling (47th minute).  Rachel Donaldson then scored from a corner kick to make the score 5-0 (55th minute), then again from behind the goalie (61st minute). Aberdeen fought back with many excellent runs and only narrowly missed a goal from a corner in the 77th minute.

The golden girl Rachel Donaldson responded by taking the ball up the pitch, defeating a close defender and finishing with a touch behind the goalkeeper (78th minute). Stirling were denied an 8th goal 82 minutes in after being offside, however Demi Falconer soon corrected this with a blazing strike from outside the box. Aberdeen had another chance with 3 minutes to go from a free kick, though this cleared the bar.

The match ended 8-0 to Stirling. Rachel Donaldson was awarded equal top goal scorer over the entire competition with Ellie Olsen of University of St Andrews, while the MVP was given to Hayley Sinclair of Stirling. 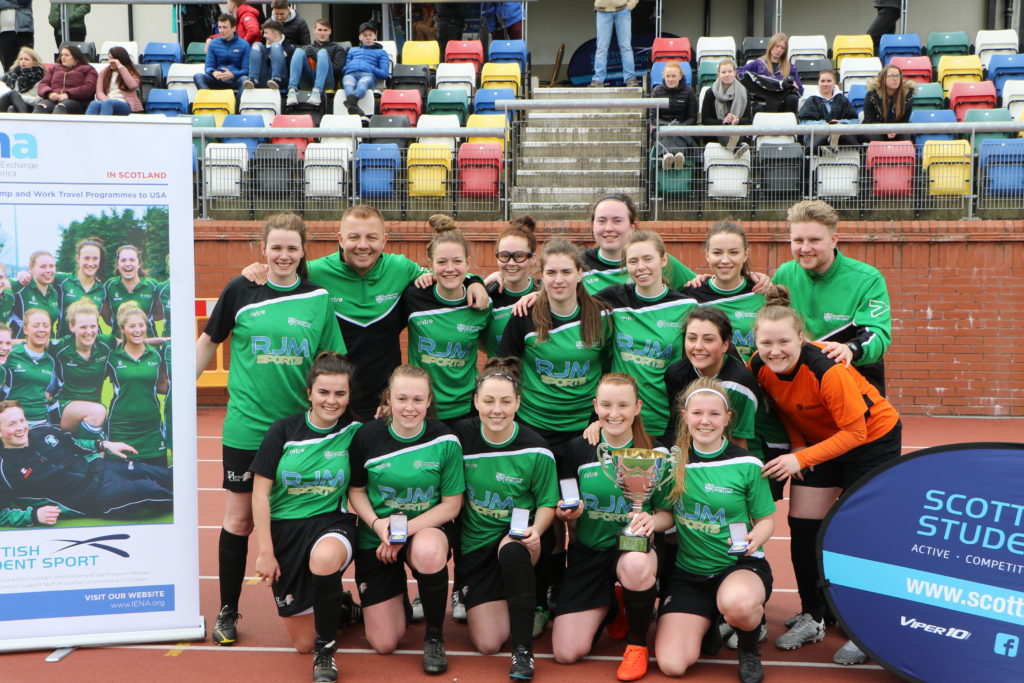 The Queen’s Park Shield match began with a fight for territory and a shot at goal for each team in the first 3 minutes. Both teams took it in turns to tease the crowd with imaginative play denied by strong defence. Lewis Bonar of Stirling took the first goal 11 minutes in with a shining header over the top of the Abertay goalkeeper. The attack continued from both sides, and it was Tomos Jones of Stirling who scored the second goal after a brilliant assist from Kyle Faulds (23rd minute).

Stirling didn’t wait long before adding their third of the match. Kyle Faulds once again crossed a lovely ball in to the box, this time received by Lewis Bonar who placed it in the back left of the goal (27th minute). Undeterred, Abertay renewed their attack and held Stirling off until just before half time, when Lewis Bonar scored another golden header over the goalie after it had come back off the crossbar (40th minute).

The second half was incredibly close, with shots at goal for both sides saved spectacularly by the keepers. Stirling marched on, wrestling with the Abertay defence before scoring their fifth and final goal of the match from the left foot of Paul McCafferty which soared in to the top of the net (75th minute). Despite the score, Abertay pressed on with glowing spirit seeking gaps in the Stirling defence wherever they could, however it was not meant to be and the score finished 5-0 to Stirling.

Lewis Bonar of Stirling was awarded the MVP and Murray Macintosh from Abertay was the top overall goal scorer in the competition. 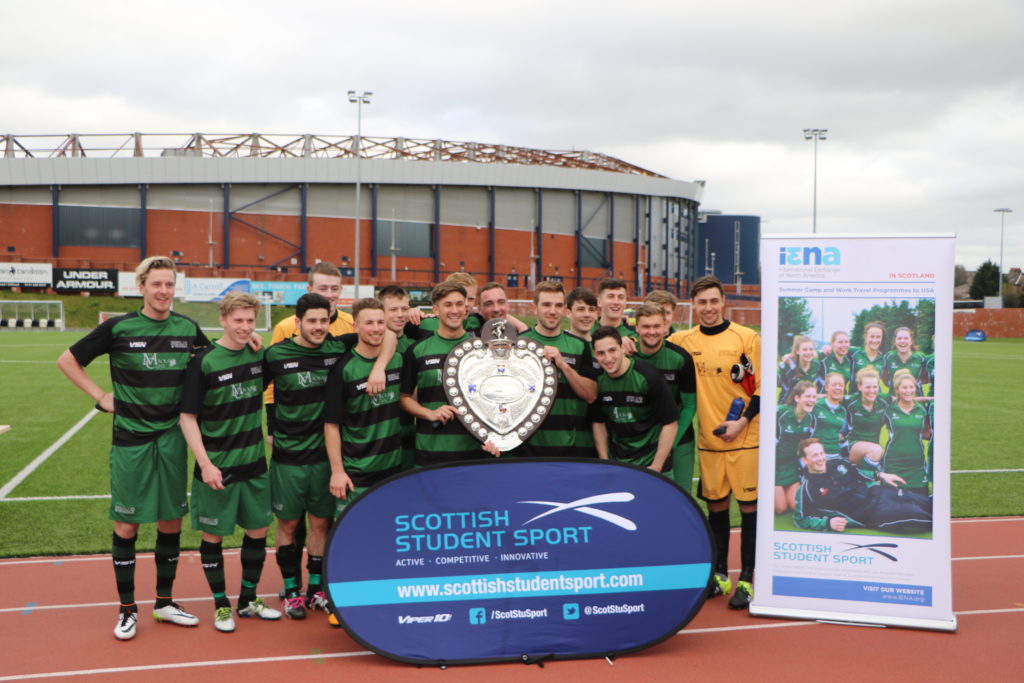 Congratulations to all teams for making it to the Football Finals Day, and especially to Stirling for winning both matches in such a spectacular fashion.

To watch the matches in full, please click here

With thanks to our partners Youth Football Scotland, IENA and Mars.