The first day of the 2017 Home Nations saw Scottish and Welsh students go head to head in men’s and women’s football and hockey, with all eight teams doing their best to get their nation off to a winning start. 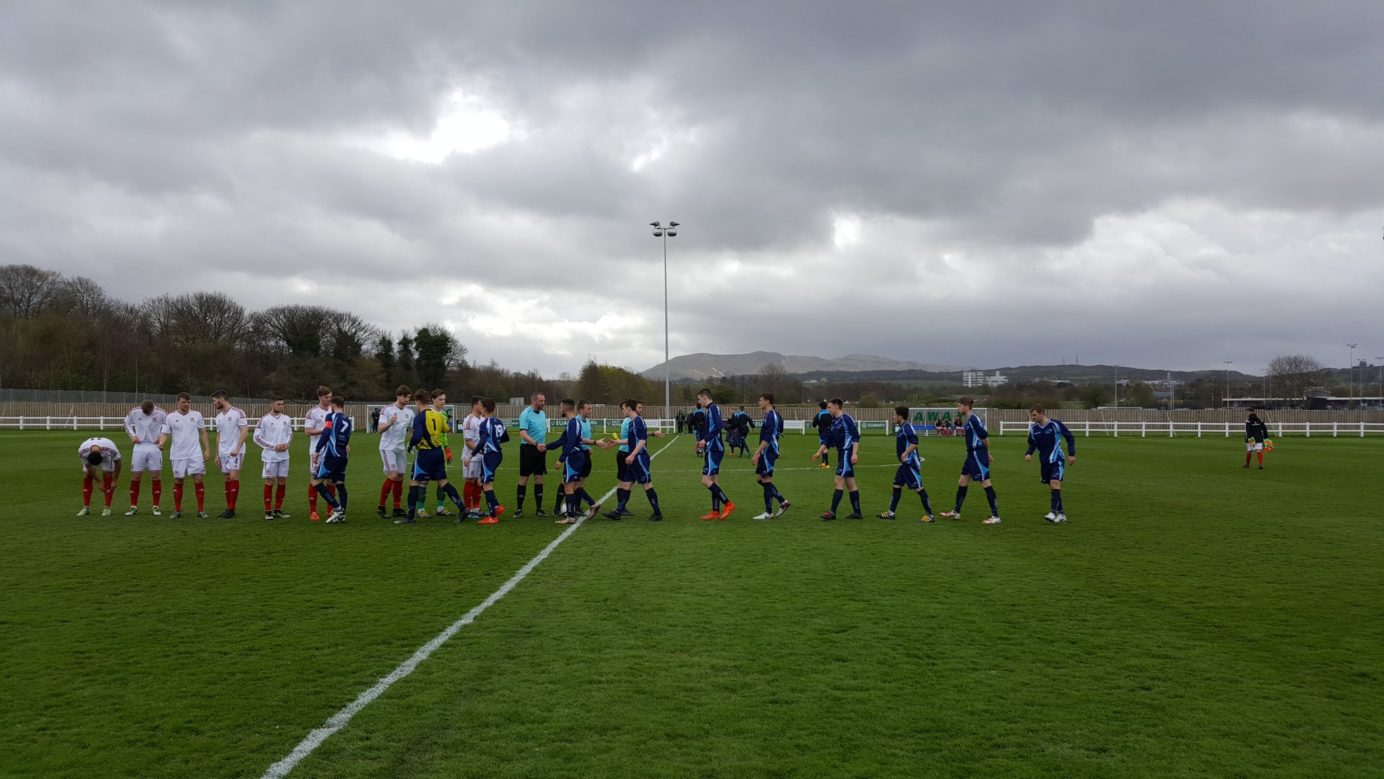 The first day of the 2017 Home Nations saw Scottish and Welsh students go head to head in men’s and women’s football and hockey, with all eight teams doing their best to get their nation off to a winning start.

First up were women’s football and men’s hockey. With a stand full of supporters at the football, the home team responded to their fans carving out a number of chances in a dominant first half, Welsh Universities thankful for the prowess of goalkeeper for reaching halftime all square. Over at the hockey, the visitors took an early lead through Alf Dinnie, and reached the break 1-0 up.

Scotland could not have scripted the second halves any better, however with goals from Rachel Donaldson (2) and Katy Morris securing a comfortable 3-0 victory for the women’s football team – Donaldson carrying on her goalscoring form after netting 4 in the SSS Women’s Cup last week. The men’s hockey came saw a similar story with a quick double strike early in the second half from Lee Morton and Joshua Lee turning the match around, before Hamish Galt and Kevin Wong sandwiched a Dan Colquhoun consolation in a 4-2 Scottish victory.

The late afternoon games kicked off with the Welsh seeking to even up the day in men’s football and women’s hockey. The former saw a repeat of the men’s game, a Lois Evans goal the difference between the teams at the half. A physical men’s football match saw Wales take an early lead through Tyrell Webbe before Paul Sludden grabbed a Scottish equaliser just before the break.

When Molly Godfrey equalised for the Scottish women early in the second half it looked like  repeat of the first game was on the cards; however, the match turned into a cagey affair until it was eventually settled in the 66th minute with Tara Daly securing the victory for the Welsh Universities. Over at Peffermill East, Scotland had turned the match around when Hne Wilson found the back of the net in the 64th minute. However, in very tricky, windy conditions a misjudgement from Scottish keeper Alex Cadzow allowed Pascal Thornton to steal in for the equaliser. As the match entered the final ten minutes it was the Scots who were pushing for the winner and the chance duly came as Wales conceded a penalty after a foul in the box. Paul Sludden stepped up to score his second and secure the victory for Scotland.

The Home Nations continutes at Peffermill Playing Fields tomorrow with Wales taking on England in football and hockey and all three nations completing a men’s and a women’s Rugby 7s competition. Matches start from midday and all spectators are welcome to join the fun with free entry for all.

For all information about Home Nations 2017 please visit https://www.scottishstudentsport.com/homenations17/