On Saturday 18th November over 200 students competed at the indoor rowing championships at Ravenscraig. 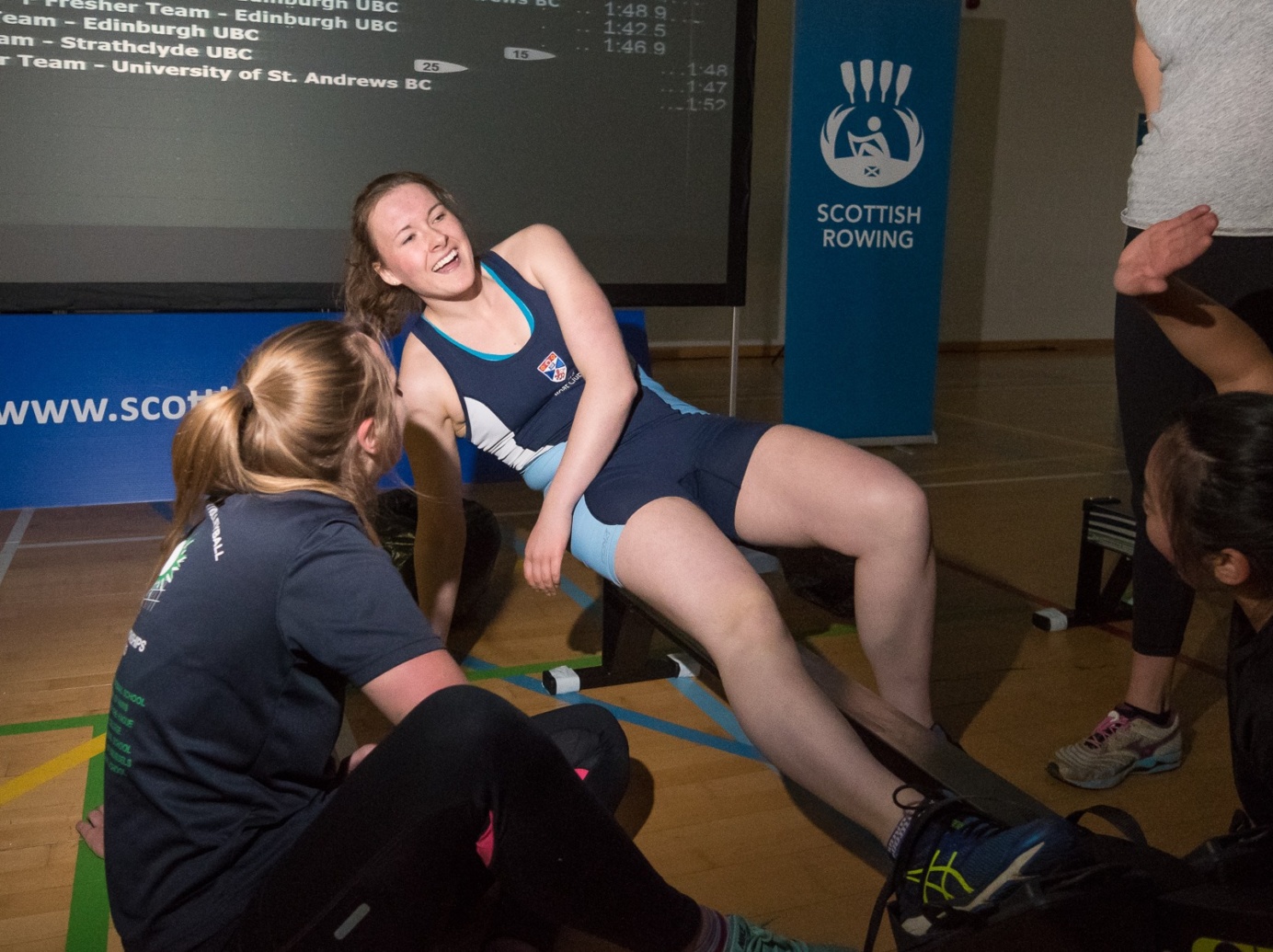 In all the races there was load vocal support, even for the last placed competitors and many produced personal bests. Glasgow, who were celebrating 150 years later in the day, had to relinquish the VL trophy, they won last year, to Edinburgh. 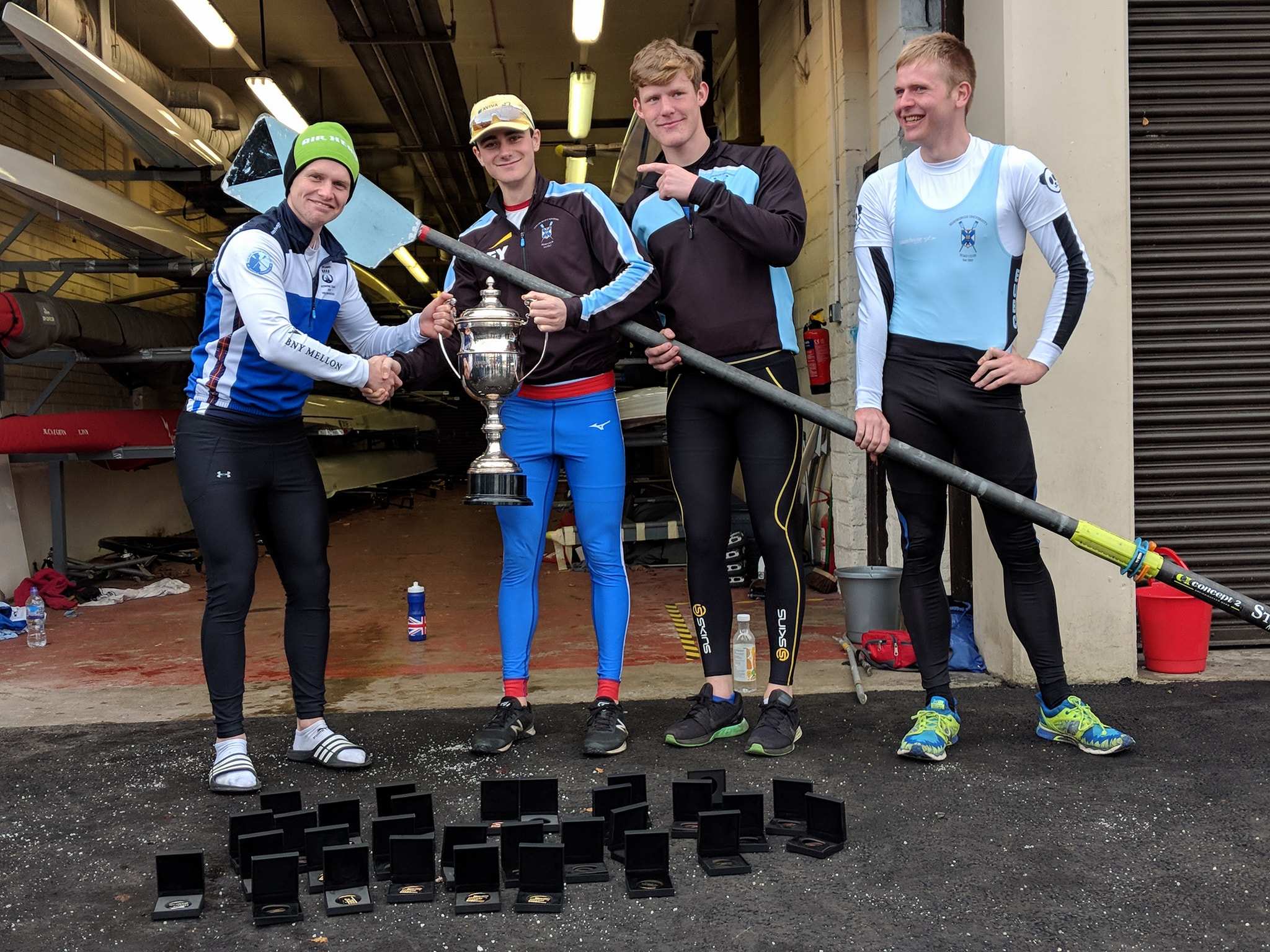 It was good to see some competitors who were not members of their rowing clubs also racing and having good results.  However, the day belonged to Edinburgh, who had to leave before being presented with the VL trophy due to the arrival of their bus.  The trophy was presented the next day at Strathclyde park where they train.

Next year it is hoped that all universities will have at least one competitor. How the event is being advertised is being looked at and how to increase the competitor base at all levels is also in hand.