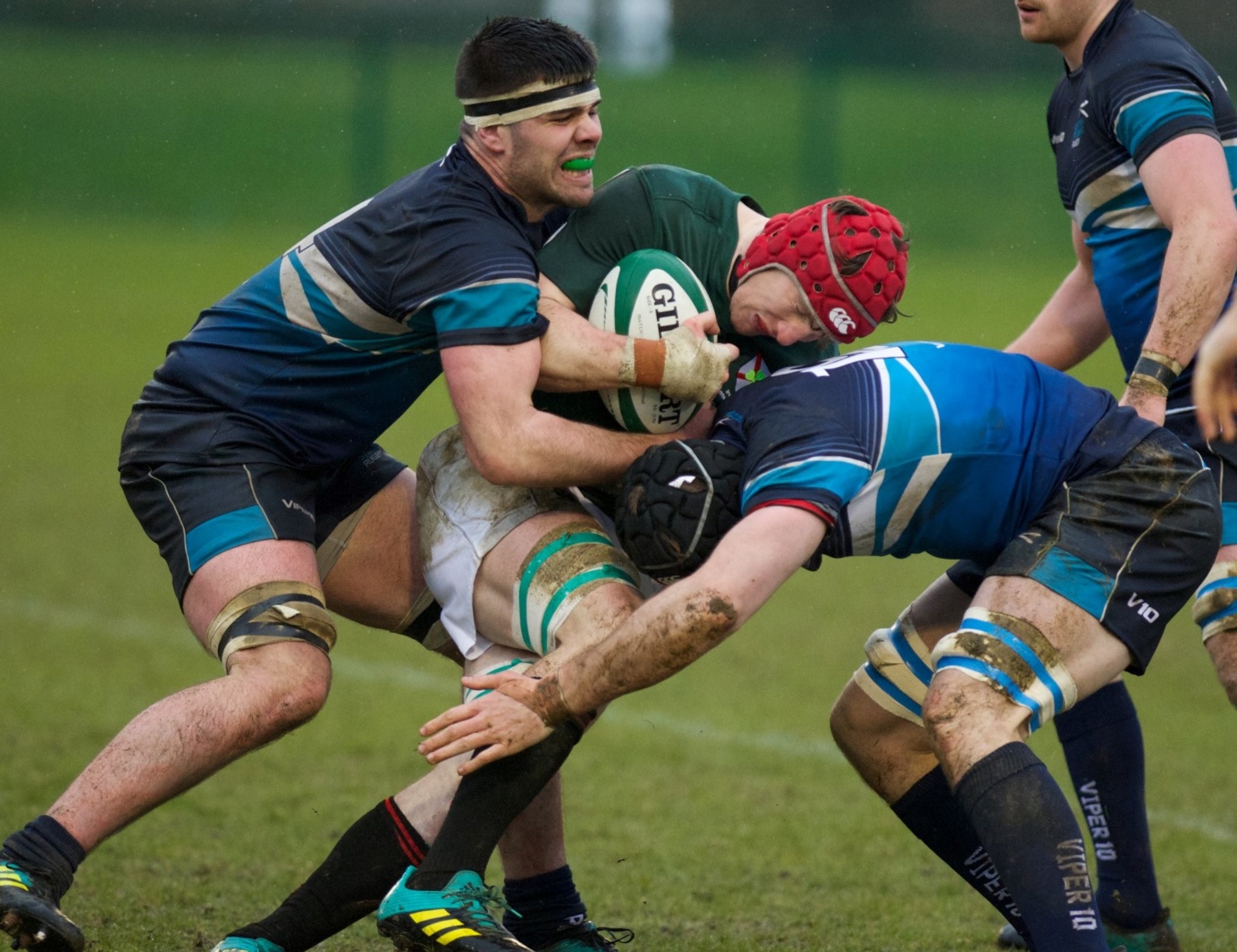 Head coach James Wade, also of the University of Glasgow, and his assistants Callum Black and Jamie McCarthy, travelled to Belfast with 23 of Scotland’s finest student rugby players on Saturday morning, to try to avenge last year’s loss at Peffermill, Edinburgh.

A strong captain’s run on Saturday morning gave the players the chance to test out the pitch, run through set moves, and reinforce the still fresh partnerships, most of which had been forged since the turn of the year.

Arriving at The Dub, the home of Northern Ireland’s second oldest rugby club Queen’s University, on Sunday afternoon team spirit was good, and indeed remained high into the first half. The early exchanges saw some hugely physical carries met with equally aggressive tackling from both sides. A bright start from the Scottish backline, galvanised by fly-half and University of Glasgow player Kerr Stoddart, caused nuisance amongst the Irish defence. The stand-off showed good judgement in when to put boot to ball, a number of great kicks behind the Irish defence in the opening twenty minutes pinning them back.

With ball in hand, both teams looked equally menacing. Quick ball, and fierce competition at the breakdown led to a number of turnovers, with neither team quite settling into a rhythm throughout the first twenty-five minutes. A ruck time infringement gave Stoddart his first opportunity, and he duly slotted it over from 35 yards out. 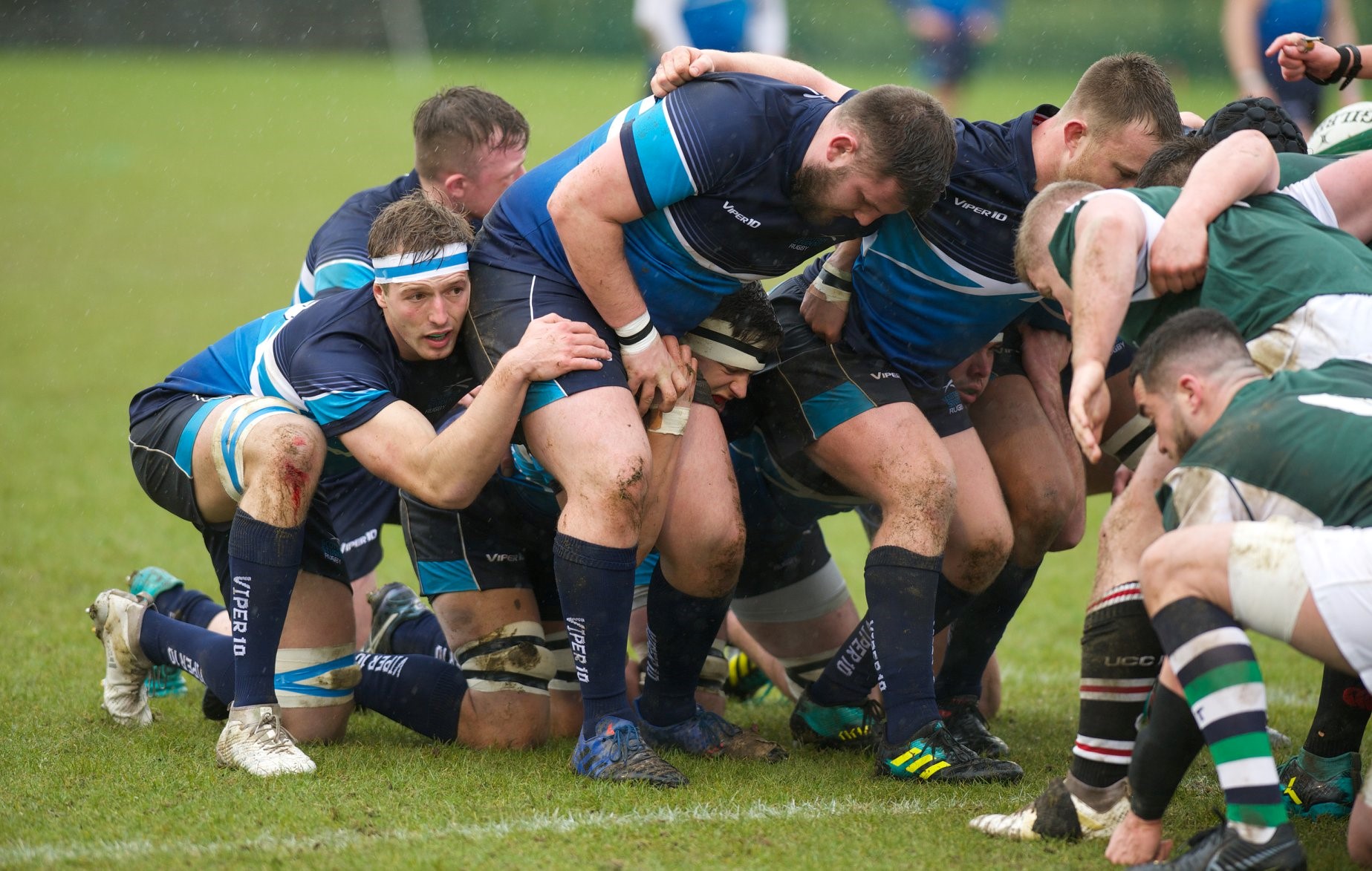 No sooner had Scotland taken the lead however, before Ireland came knocking. With a deep kick-off, the ball was allowed to bounce, putting the Scottish defence under pressure. An infringement at the ruck presented Ireland with a chance to kick for the corner. A few phases later, despite huge defence Ireland were able to exploit a gap to put their winger over in the corner. Conversion slotted, it was game on.

High winds and miserable conditions led to misfiring lineouts on both sides, and despite a few phases of strong Irish attack, the Scots were able to match their ferocity in attack, lock forward Graham Malley making a nuisance of himself as he continued to do all day at the Irish breakdown. The Belfast born lock forward was never far from the action, flinging himself into tackles, phase after phase. He and his teammates defended with strength, and when the half time whistle came they returned to the changing room with their heads up.

Three changes came at half time, as coach Wade looked to tinker with the line-up to help change the game. Glasgow duo Harry Warr and Michael Keegan came on for Cimprich and Wither, with Stirling’s Andy Orr coming on at prop for Gordon.

Warr, typically a scrum half, was straight into the action, bolting to gather an opportunistic kick behind the defence from Ireland to call a mark. The kick came after some immense defence from Scotland, Ireland trying and trying to punch their way through the solid defensive line, with lock Reece refusing to let his teammate Malley take all the defensive plaudits with a few notable tackles of his own.

Ireland were to be held no longer, however, as several bruising pick and go phases in the middle of the park got them close enough to exploit space on the outside, with quick hands putting the winger over in the left-hand corner, conversion successful.

Scotland were not to be felled by this, and plenty of phases of strong attack ensued from the kick off. Everything was clicking into place for the Scots except that final stroke of luck to get them over the line, before Ireland found themselves back in possession, sloppy play allowing a boomer of a boot upfield to clear Irish ranks. From there it was all Ireland attack, and despite some colossal defence and jackalling from the Scottish back row, a show and go allowed the Irish scrum half to dart under the sticks for their third score, which was duly converted. 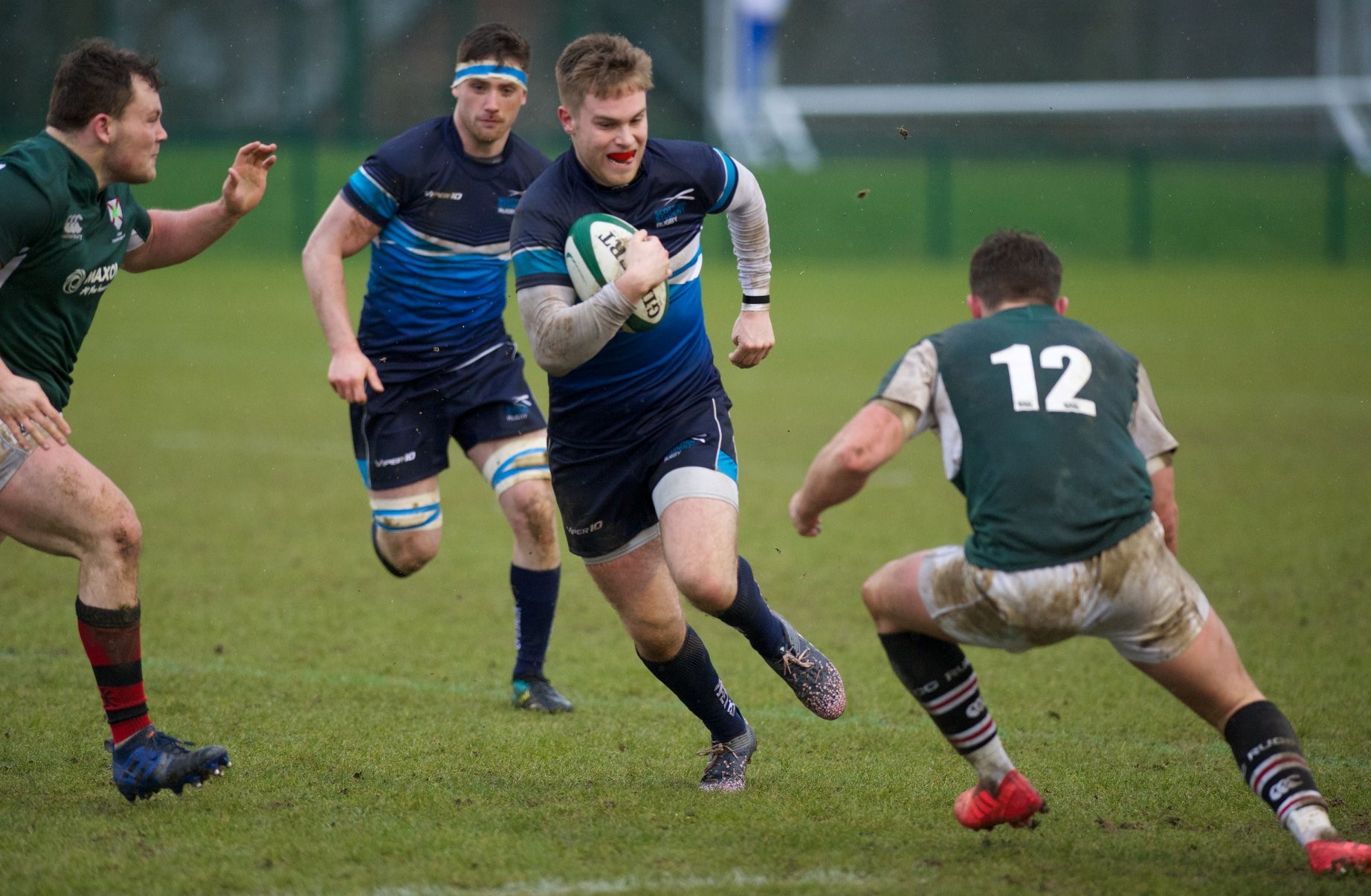 Another triple substitution from the coaching staff saw Stirling flyer Sam Harrison make way for Aberdeen’s Max Stobbs on the wing, hooker Bryce Robertson switch with Strathclyde’s Erik Cavan, and Lewis Govenlock take his chance for Cameron Reece, who had been an ever present with second row colleague Malley.

The triple substitution seemed to galvanise Scotland, who had the lion’s share of the ball, stand-off Stoddart making a beautiful break up field to be hauled down at the half way line. That was overshadowed by an exceptional 35 yard break from Heriot Watt’s scrum half Alex Ball, a sublime sidestep creating the space for a surge past several defenders before being bought down and the offload finding a pair of relieved Irish hands. That one phase summed the day so far up for the Scots, some absolutely exceptional work undone by a quality Irish side.

The final substitutions on the Scottish side came, as Strathclyde’s Ben Eynon replaced his Glasgow city rival Fraser Gosse, and the fearsome Owen Jackson coming on for Billy Dineen in the front row. Eynon contributed well for the first few minutes, before what looked like a nasty injury restricted him, bravely playing on due to the lack of options on the bench.

The penalty clearance led to arguably the moment of the match. James Taylor, the Irish fly half, took the ball from the lineout, a quick break put Scotland on the back foot, and then a cross-field kick was volleyed towards the try line by the winger O’Connor, who beat Warr and Stobbs to dot down.

The commitment and desire, despite the score was ever present throughout the match, Lind again led from the front, and heads remained up and ready for the fight. A disappointing day at the office, but the scoreline was far from a true representation of the match. Some incredible defence was coupled with glimpses of sublime attack, with notable mentions in the backline to Ball, Stoddart and Laird, and in the pack, Lind, Malley and Sweeney all defended hard.

Despite the scoreline, a great weekend was had by all, and players joined each other, encouraged to sit with their opposite man at the post match function. Great spirits in the clubhouse meant the Scots were disappointed to get back on the coach and leave the fantastic hospitality on offer to them, but Scotland called, and 23 players who put rivalries aside for one weekend will go back to their clubs ready to play against each other again. All members of the playing, coaching and management team wish to thank the IURU, Queen’s University Belfast RFC for their exceptional hospitality and a fantastic weekend.

All Photographs courtesy of Bryan Robertson