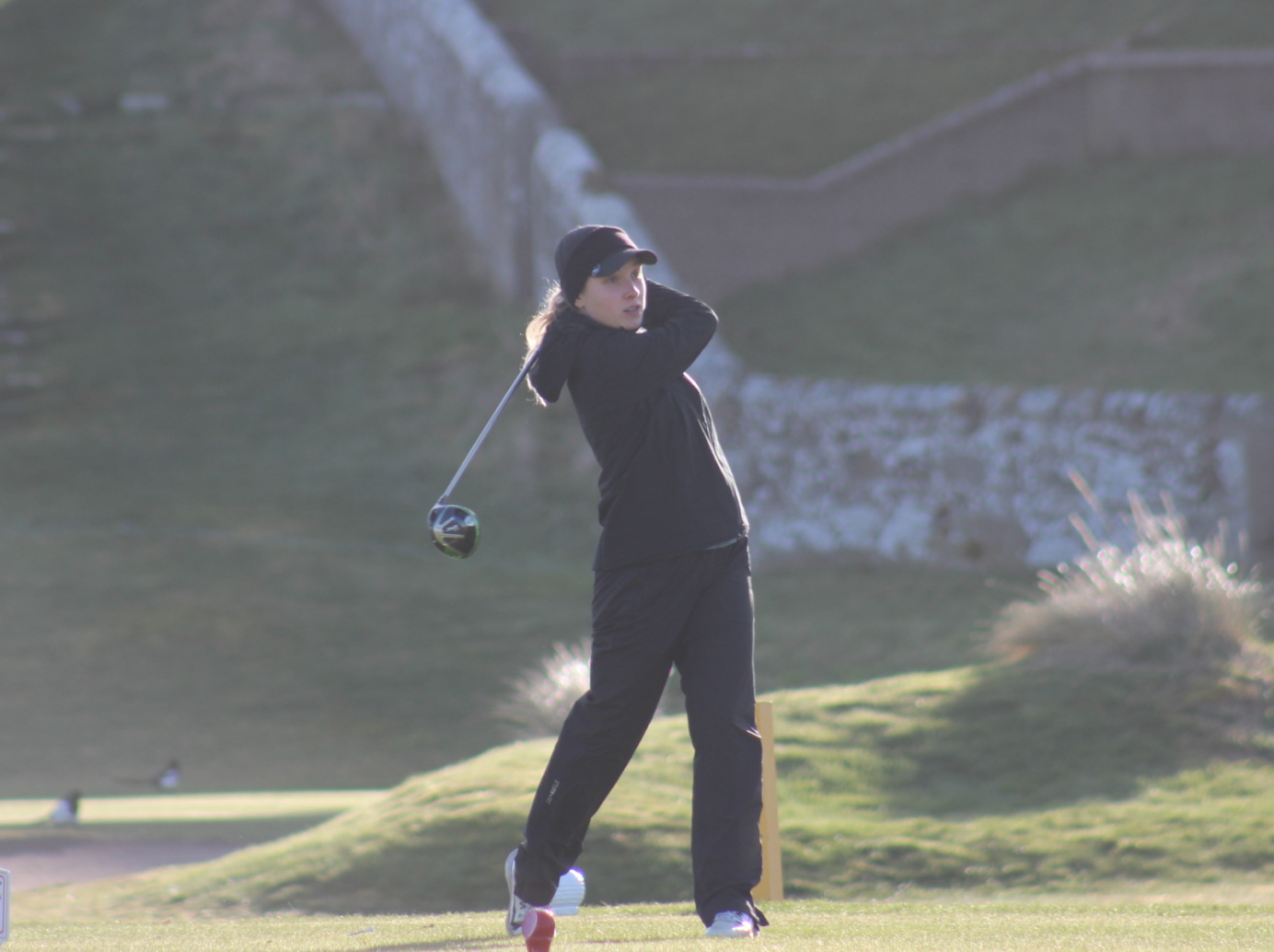 It was an early start on a fair but breezy day at Moray GC this morning for the last 16 ties in the Scottish Students Women’s Individual Matchplay tournament.

Georgina Hirst (St Andrews) faced her team mate Cassie Kneen in a tie that seemed 3 parts friendly to 1 part rivalry. A fine encounter ensued with the pair trading blows over the opening holes, before Hirst found an extra gear and eventually came out on top with a 3&2 victory.

Match two also provided a derby encounter, with stablemates Mirren Fraser and Jennifer Rankine (Stirling) battling it out. In a tight match Fraser had just too much for her team-mate and managed to get over the line on the 17th with a 2&1 victory.

These results teed up some intriguing quarter final matches, with the four top seeds entering the competition in the afternoon at the last eight stage.

Strokeplay champion Chloe Goadby (Stirling) began as hot favourite against Georgina Hirst, but was made to work very hard indeed by the underdog from St Andrews. The match was very close until well into the back nine, but Goadby found an extra gear and would finally prevail by 3&2.

Mirren Fraser faced fourth seed Caitlin Boa (UHI) and the match proved to be nip and tuck throughout, with Fraser eventually coming out on top by 2 holes.

In the final tie of the day third seed Susan Woodhouse (Strathclyde) couldn’t quite take advantage of her long lie and fell by 2&1 to Nicola Slater, who like Emily seems to have saved her best golf of the week for the matchplay.

Play continues tomorrow, with semi-finals in the morning (New Course) followed by an 18 hole final on the Old Course in the afternoon. Follow all the action on GolfBox.