MacGarvie in control at Western Gailes 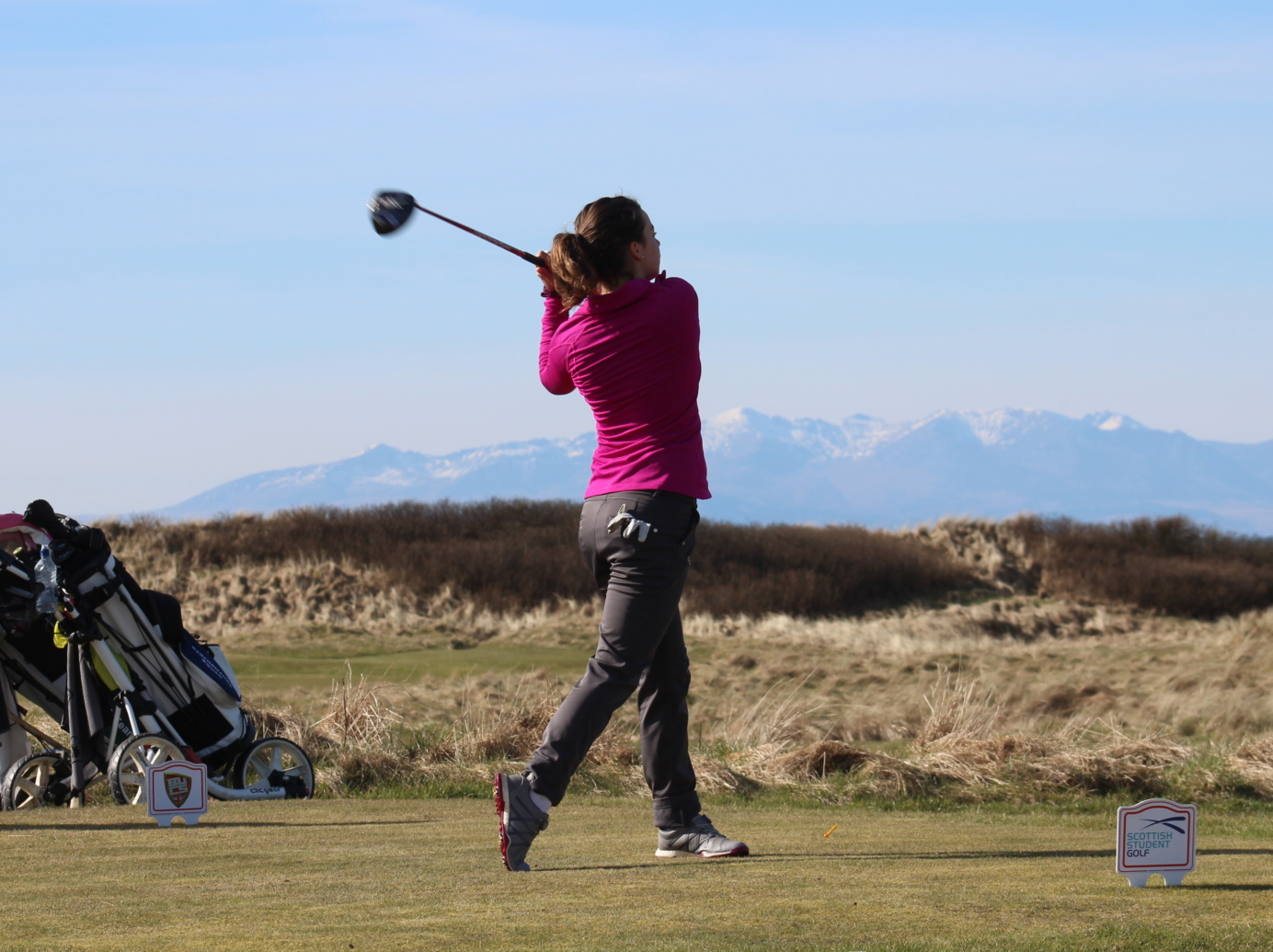 Hazel MacGarvie (Stirling University) extended her lead at the top of the West of Scotland Trophy leaderboard to 6 shots after a three over par 74.

A couple of birdies helped her to reach the 15th level for the tee, before 4 dropped shots over 3 holes threatened to allow the rest of the field back into the competition. However, MacGarvie bounced back to birdie the last and ensure that the competition is in her hands heading into Wednesday.

Behind MacGarvie is a packed leaderboard with three golfers sitting at seven over par for the competition – Kirsty Brodie (Scottish Golf), Eleanor Metcalf (Maynooth University) and Louise Duncan (Edinburgh University).

The round of the day, however, came from Stirling Universitiy’s Penny Brown, who used an eagle at the par 5 6th to underpin a one under par 70, ensuring that she made the cut for the final day’s play.

The men’s competition saw a shake up of the leaderboard as the weather turned cold and windy for the leader’s back nine, ensuing the prospect of an exciting final day’s play.

Overnight leader George Burns (St Andrews University) struggled on the front nine, five bogeys and a double, leaving him at five over for the competition, and in third place.

Just ahead of Burns is Jack Cope (Stirling University), who had his share of travails but his eagle, also at the 6th, helped him to a 75, a three over total leaving him one of the lead.

That lead is held by Laird Shepherd (Stirling University), whose birdies on six and eight, along with a solid card of 14 pars, saw him shoot a second consecutive one over par, 72, leaving him +2 for the tournament.

Stirling are dominating the men’s team competition as well, with their first team leading at +7, with St Andrews (+15) separating them from their second team at +24.

Play gets underway from 9am tomorrow at Western Gailes with trophies and valuable BUCS Order of Merit points on offer.