Scott MacPherson (Stirling University) carried on his good early season form as he shares the lead of the 14thAutumn Trophy after round one at Alyth Golf Club. 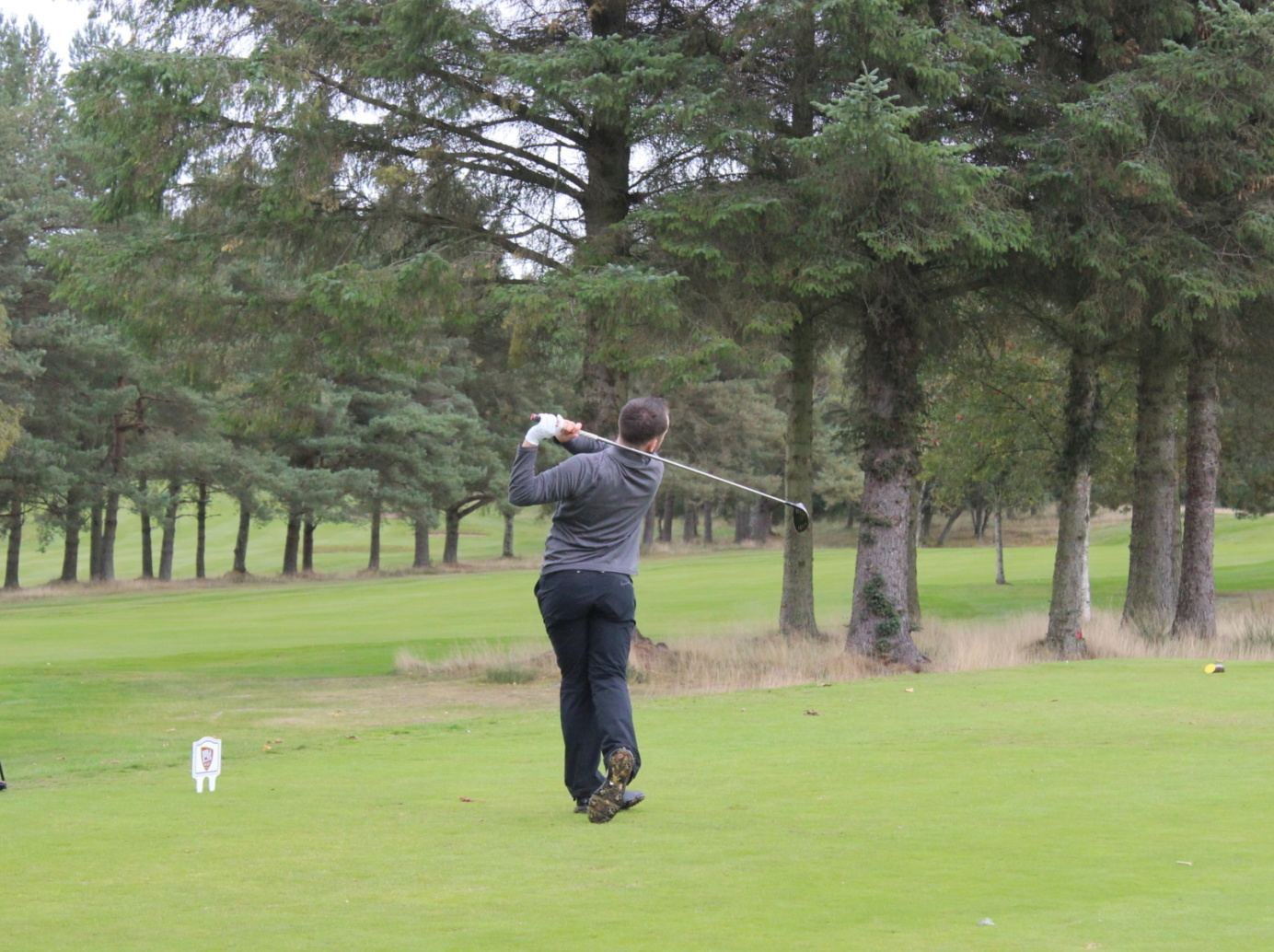 Scott MacPherson (Stirling University) carried on his good early season form as he shares the lead of the 14thAutumn Trophy after round one at Alyth Golf Club.

Although cold, the early starters definitely had the better of the day at Alyth GC, new home of the Autumn Trophy, with heavy rain coming in over the course of the afternoon to make scoring more and more difficult.

MacPherson was one of those early starters and he used a bogey free front 9 to get to 3 under on the 11th. After dropping a shot on the par 3 14th, the hardest hole of the day, he was able to get back to 3 under with a birdie on the final par 3, the 17th, to shoot a 67.

Joining Scott at the top of the leaderboard is host institution the University of the Highlands and Islands’ Alistair McNaughton. McNaugton birdied both par 3s on the front nine to help him to two under, one more birdie at the 12thtaking him to his three under total.

Completing the podium places after day one is McNaughton’s teammate Michael Schinkel (UHI). Schinkel had a more up and down day than the two leaders, combining 5 birdies with 3 bogeys on his way to a two under 68. With the top ten all at level or better two day is going to be crucial in setting players up for the final day.

In the team event, UHI’s strong presence at the top of the leaderboard is reflected with a four stroke lead over Stirling I (-1), with St Andrews I and Durham 1 a further six strokes back at +5.

In the women’s competition it was last year’s Autumn Trophy 3rdplaced golfer Alexa Hammer (St Andrews) who leads the way after a solid round of level par. With a birdie and a bogey on the front and the back nines, it was a great display of consistent golf from Alexa.

One stroke back from the leader is RGU’s Jasmine MacKintosh, who after finding herself at +3 after six holes, turned her round around with a birdie on the ninth contributing to her getting back to one over for the day.

St  Andrew’s Georgina Hirst completes the top three at two over par. Hirst’s start was even tougher than Jasmine’s as she dropped five shots in the first four holes. However, a birdie at 5 arrested the slide and although she gave that shot back on the 9th, she started the back nine birdie-eagle-birdie to get back to one over. A dropped shot at the 16 did little to sour a very strong first round of 73.

In the team event, St Andrews I (+4) lead their second team by one stroke with Stirling I four strokes adrift.

Round two starts from 8.30am tomorrow and a full tee sheet, along with results from day one can be found HERE.