The 14th Fife Tournament came to a conclusion with a playoff needed for Chloe Goadby (Stirling) to claim her first victory of the 2018/19 season in the women’s competition and a fantastic performance from Caolan Rafferty (Maynooth) sealing victory in the men’s event.

The 14th Fife Tournament came to a conclusion with a playoff needed for Chloe Goadby (Stirling) to claim her first victory of the 2018/19 season in the women’s competition and a fantastic performance from Caolan Rafferty (Maynooth) sealing victory in the men’s event.

Chloe started the day three strokes behind her teammate Hazel MacGarvie, in a share for 3rd place. Playing a group in front of Hazel, Goadby shot a very steady outward one under, her one birdie on the par 5 fourth hole. She repeated that consistency over her back nine, a birdie at 15 guiding her to a two under par 72 and level par for the tournament.

Hazel, meanwhile, started very strongly with two birdies in her first 3 holes taking her to four under for the competition. However, a tough stretch from the 5th to the 8th saw her drop 5 strokes and into a tie with Goadby at one over. Coming back was equally up and down with two birdie taking her a shot clear standing on the 17th tee. A double bogey 6 meant that she needed her birdie on 18 to take the tournament to a playoff.

The playoff saw the two golfers go back down the first. MacGarvie’s tee shot went left and, despite best efforts, resulted in a lost ball. Going back to the tee, Hazel drilled a huge drive to at least keep herself alive. Goadby, meanwhile, had found the middle of the fairway and played her second to the front of the green. Advantage was very much with Chloe after Hazel’s approach left her with a putt of over 40ft for her par. This pressure only increased as Chloe’s chip left her with a 5ft putt for birdie. That putt, however, became a lot harder when Hazel drained her par putt to prove her competitive instinct! Goadby was up to the task, sinking the birdie putt to take victory, her first of the student season.

In third place, Jasmine MacKintosh took the honours by way of countback from Nicola Slater, both golfers going  76-73, but Jasmine’s back 37 trumped Nicola’s by one shot. 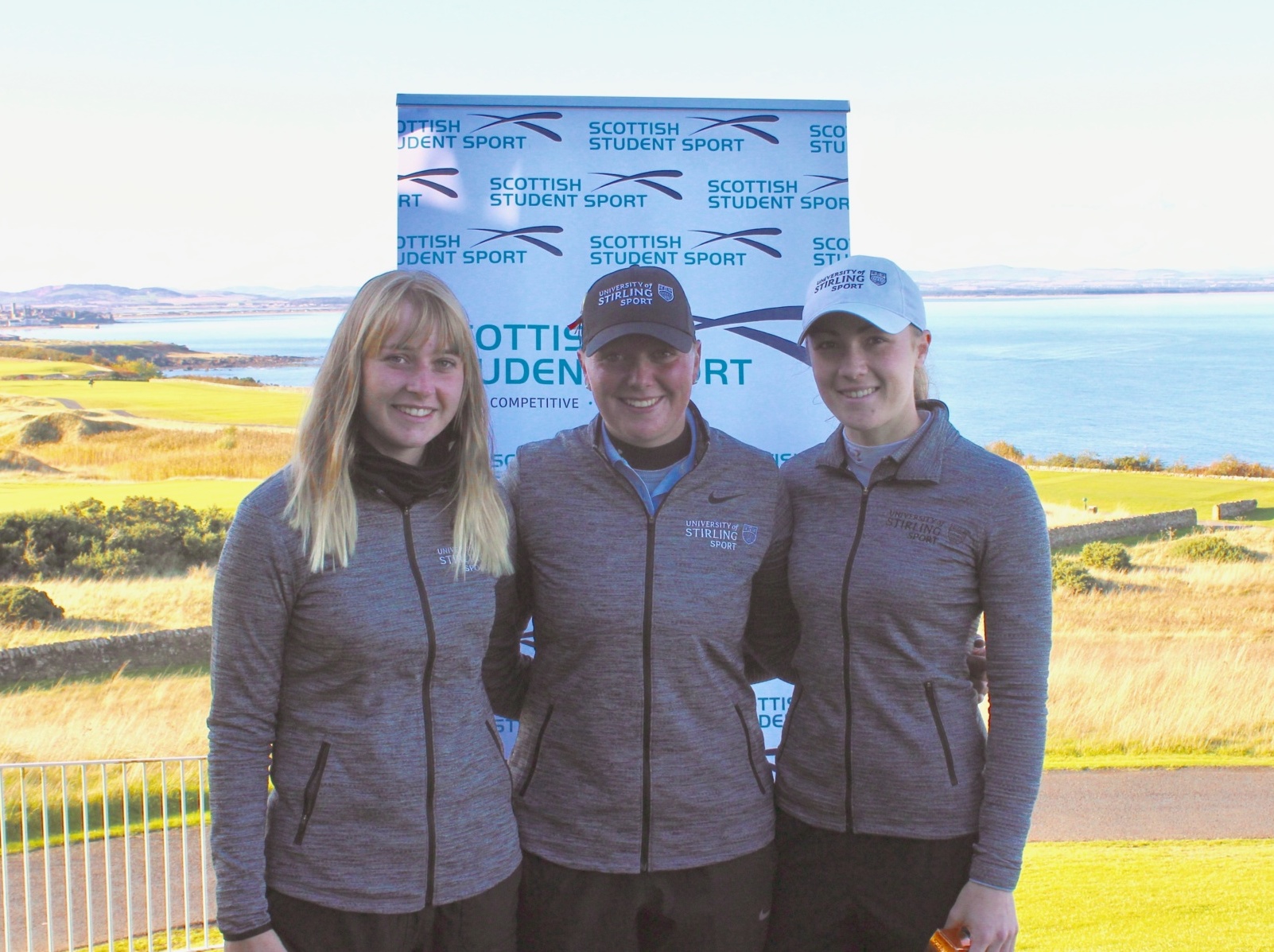 The men’s competition saw conditions improving all day, moving the odds for the late starters – including overnight leader Caolan Rafferty – were very much improvd. With a one stroke lead heading into the round, Caolan was determined to make it as hard as possible for his rivals and a run of three birdies from three to five took him out to four under for the tournament at the turn. 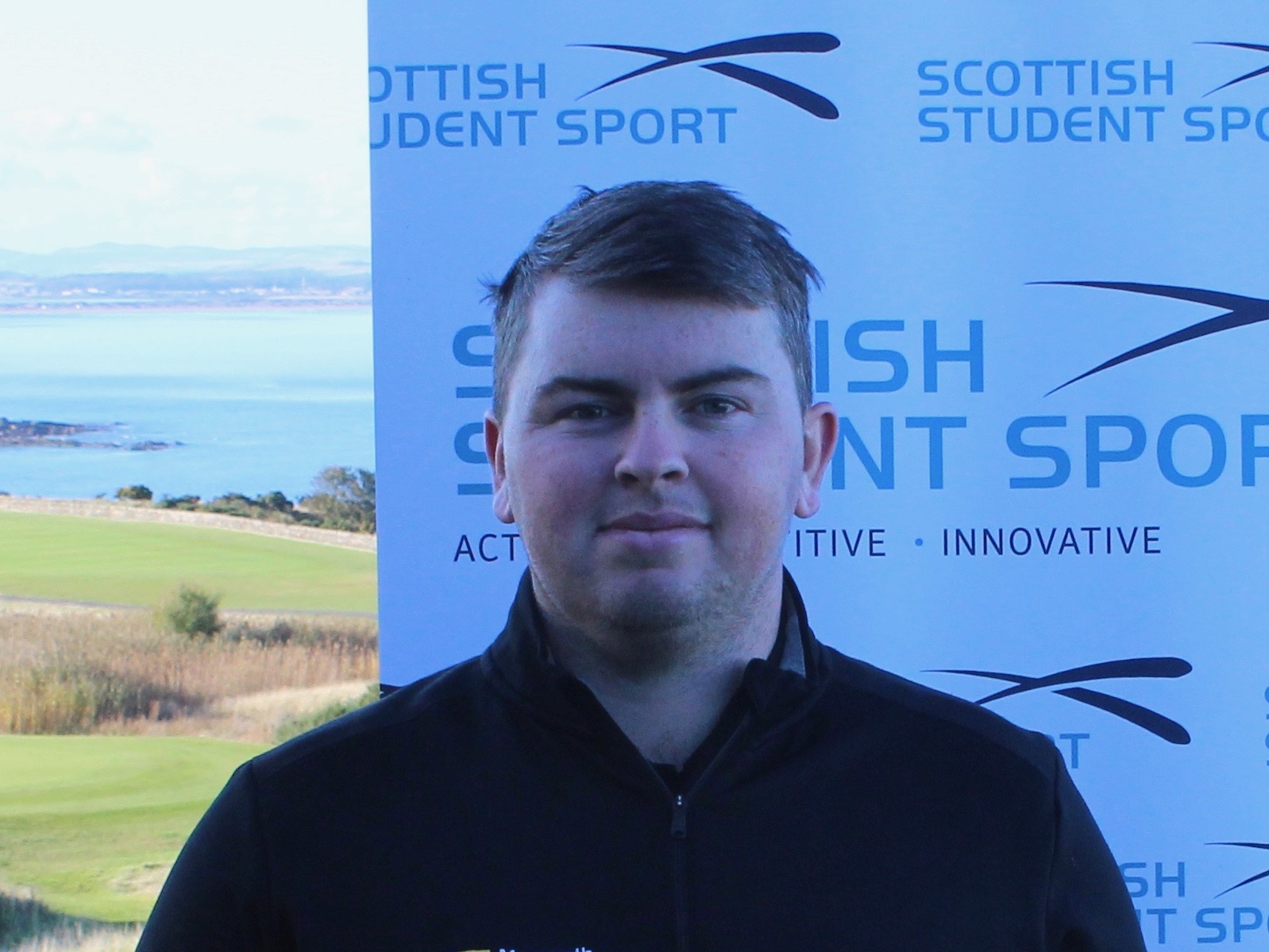 Hoping to put him under pressure in the group in front was Laird Shepherd (Stirling), who picked up 5 birdies in his first nine holes, closing the gap to Rafferty to only two strokes.

However, the birdies just kept coming for the Irishman, with the first two holes stretching his lead. A dropped shot at the 12th may have provided some light for the rest of the field, but closest competitor Laird couldn’t keep up his run, dropping 4 shots on the way home to sign for a one under 70.

Rafferty, meanwhile, wasn’t finished, with one final birdie at the 14th helping him to a round of 66 and victory by 7 shots.

Shepherd’s dropped shots allowed Raffery’s teammate Eanna Griffin to pip him for second place, a very solid round of 70 matching Laird’s, but in coming back in level par he was able to take the runners up spot.

In the team competition, Maynooth (-1) repeated their victory from the Stirling International, beating Durham I by 23 strokes with Stirling I a further 2 strokes back. 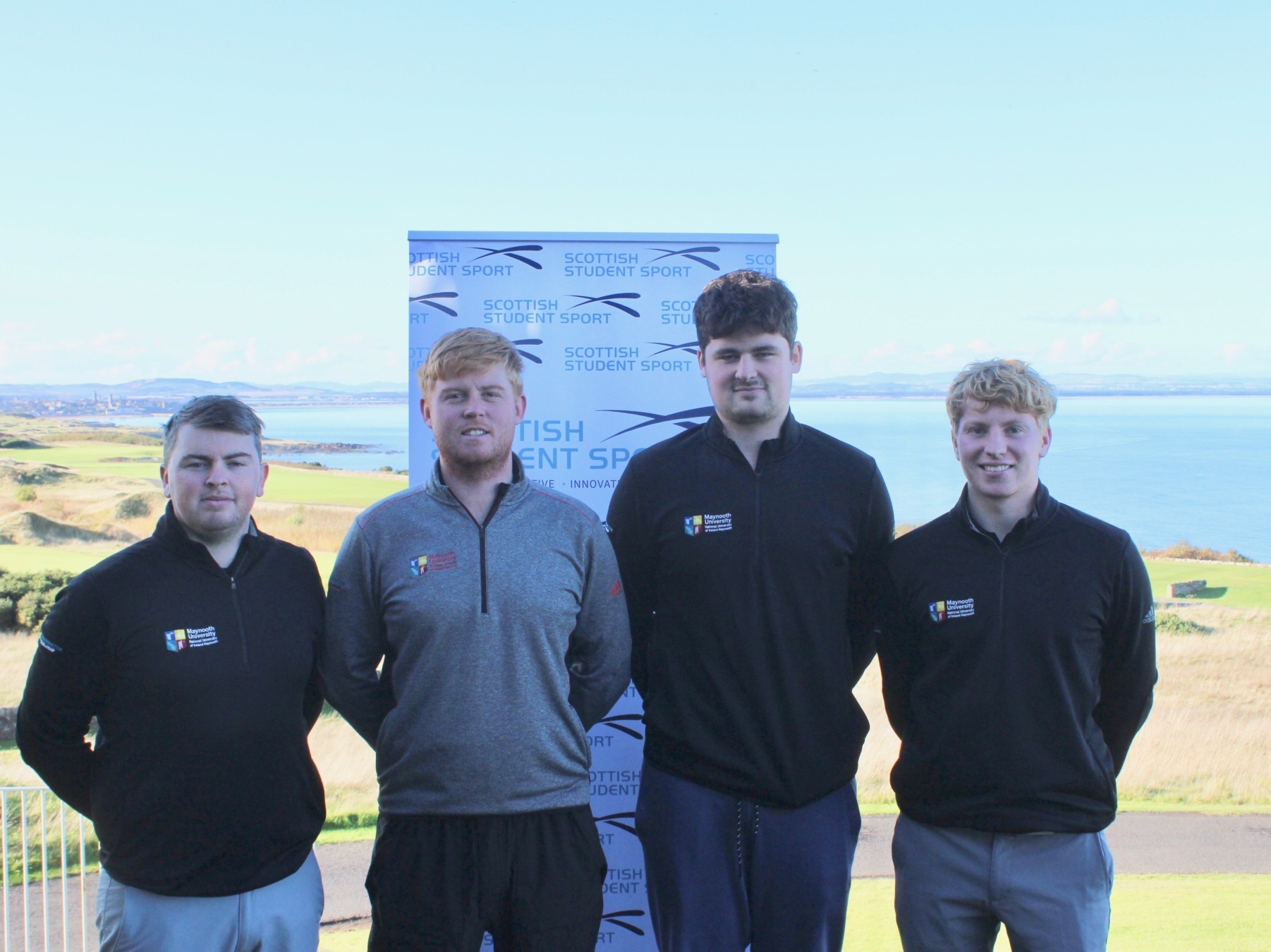 The BUCS Tour now moves to Little Aston for the final event of the first semester with the Scottish Student Golf portion of the Tour resuming at Western Gailes for the West of Scotland Trophy in March.