Scottish Student Football is pleased to announce the Men’s National Squad for the season 2017-2018. 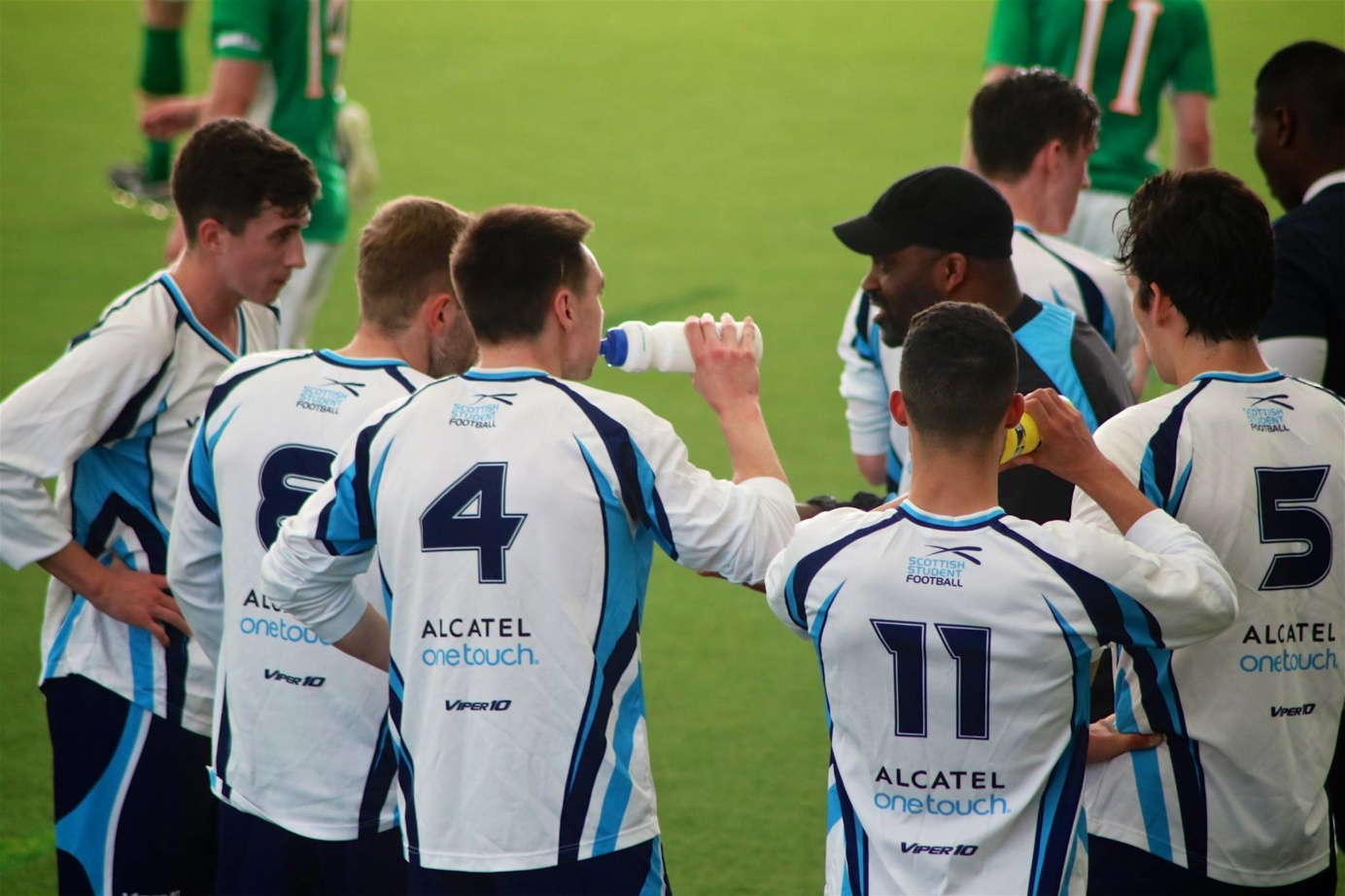 Trials for the National Squad were held in October at the University of Dundee. Over 50 University and College students were in attendance, representing 14 different institutions from around the country. With such a vast array of talent on show the coaches were given no easy task selecting their squad to take forward. An extended training squad met and trained together in November, and again in December. Now, after careful consideration, the coaches are ready to announce their finalised squad for the season ahead.

The squad will be supported by the coaching team which secured a successful 16-17 season, peaking with a Home Nations victory. Dorian Ogunro of the University of Edinburgh returns as Head Coach, ably assisted by Bejay Koya of Heriot-Watt University and goalkeeping coach Chris Flockhart of Hibernian Ladies. Robin Drummond, SS Football Chair, returns as Team Manager. The coaches are delighted to be able to call the outstanding facilities of Oriam their home for the season ahead.

On the pitch there comes a measure of stability too, with no fewer than eight players welcomed back from the triumphant squad of last season. The squad also benefits from the experience of numerous players who received game time in friendlies last season.

Head Coach Dorian Ogunro is glad to have the likes of Conor Morgan and Liam Allison returning to his defence after their impressive displays last season. At the other end of the pitch Ogunro also expressed his hope that Jack Guthrie can transfer his superb goal scoring record from Club to Country, with the striker recently exceeding one hundred goals for Edinburgh University Association Football Club. The Head Coach is also delighted to see the development of young talent like first year Robbie McGale of Glasgow Caledonian University coming into the squad. The full squad list as follows:

The squad will meet on a near monthly basis to train as they prepare for a varied selection of fixtures. The team will first face off with Montrose, who currently sit tied on points at the summit of Scottish League Two with Peterhead. With this game due to take place in early February the team will round off their season with a trip across the Irish sea to face the Republic of Ireland’s student team in mid-April. The programme is near to confirming a further two fixtures to add to the season in the near future.