Quarter Final matchplay day of the 95th Scottish Student Golf Championships produced more drama as the men and the women battled it out to make the last four of their respective team and individual tournaments over the New Course at Moray Golf Club. 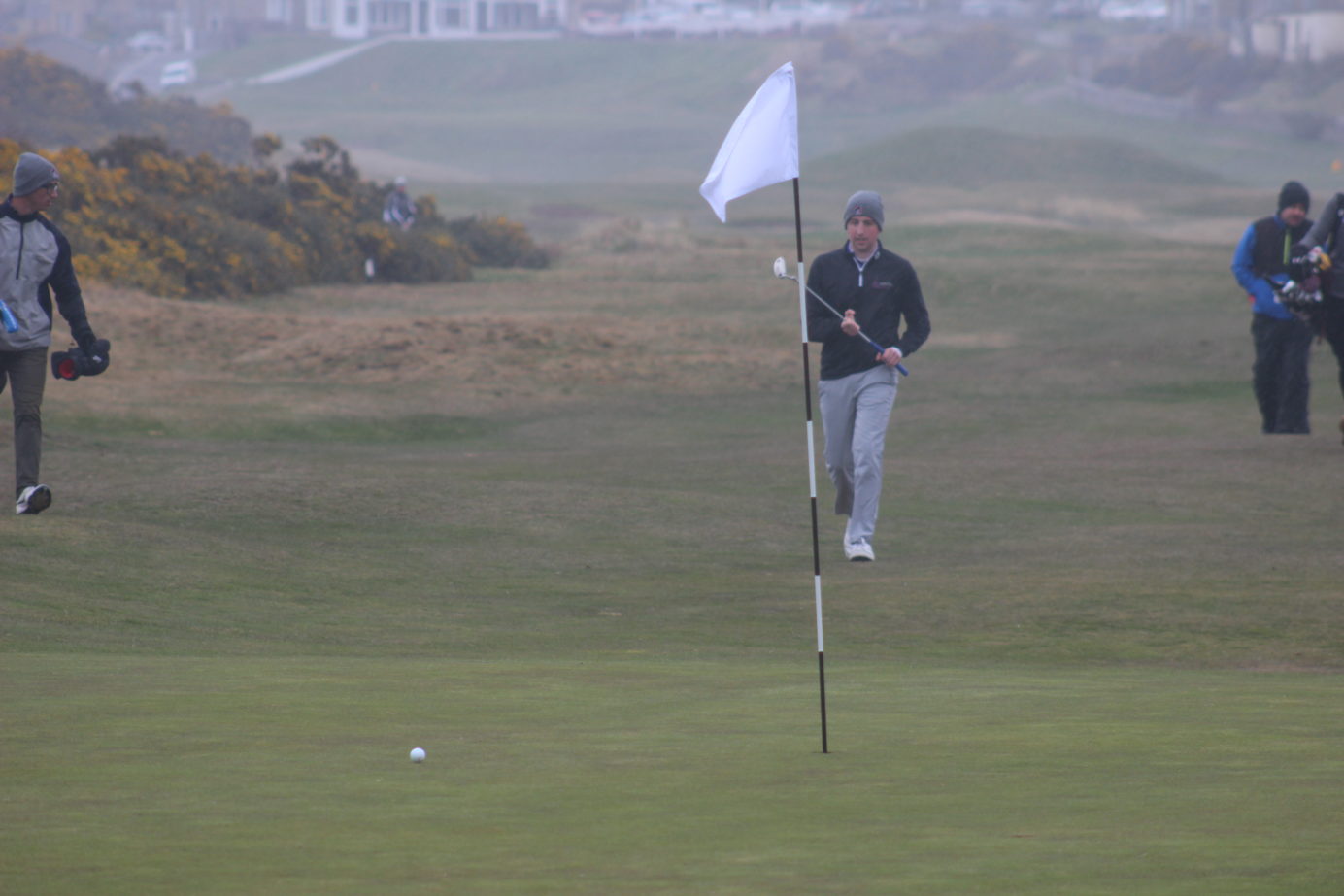 Quarter Final matchplay day of the 95th Scottish Student Golf Championships produced more drama as the men and the women battled it out to make the last four of their respective team and individual tournaments over the New Course at Moray Golf Club.

In the men’s team event, the morning foursomes sessions were surprisingly one sided with Stirling I, Strathclyde, St Andrews and Stirling II all taking healthy leads into the afternoon sessions. The closest match was the 4th versus 5th seed contest between the University of the Highlands & Islands and the University of Strathclyde, where three of the four matches went down the final fairway. However, Strathclyde showed the matchplay nous that has seen them reach the final of this competition the last 3 years, winning two of those matches on the way to a 3-1 advantage.

The afternoon singles saw victory decided in one of two ways – decisively or dramatically. In the case of Stirling I and St. Andrews, it was decisively, as St Andrews swept the singles over Glasgow on route to a crushing 11-1 overall victory while Stirling had to forfeit the first singles due to injury but won the remaining seven to win 10.5-1.5.

The Stirling crunch match between Stirling II and III looked as though it was going to go to the wire as Stirling III took an early lead in a number of matches before the second team knuckled down and despite Euan Cleary taking out Jack Forgan 2&1, the final match score was a comfortable 10-2 to the second team, who go on to face St Andrews tomorrow.

The Strathclyde-UHI match, meanwhile, was showing all that is great about matchplay competition. An early point for Richard Johnston pushed Strathclyde one point closer to the semi-finals before the comeback started for UHI. Niall Phelan and Kiefer Brown both secured points and while David Fair stemmed the flow with victory over Michael Schinkel, Jack Harling levelled the tie with a 3&1 victory. After Rory Asher (Strathclyde) and Alistair McNaughton (UHI) split the last two, the match came down to match 5 where Graham Minton was taking on John Grant. Grant (Strathclyde) fought back from 2 down after 15 and take the match down the last but Minton (UHI) won the 18th and ensure a sudden death playoff. The playoff was decided at the first hole as a birdie from Alistair McNaughton was enough to see off Richard Johnston and secure UHI a semi-final against Stirling. The men’s matches will commence from 0830 on the New Course. 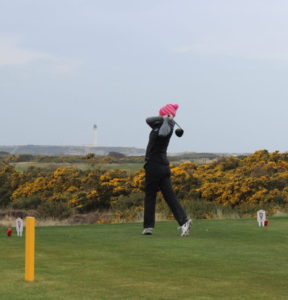 In the women’s competition, Clare Calvert (St Andrews) and Courtney Boyes (Stirling) went out early in a playin match for the final spot in the quarter finals. Calvert was victorious to set up a match against Stirling’s strokeplay winner Gemma Batty. Unfortunately for Calvert that proved one match too far as Batty ran out an 8&7 victor. Facing Batty will be her compatriot Jen Saxton who received a walkover when Nia Greville (Stirling) had to withdraw through injury. The bottom half of the draw saw a more competitive day with Sinead Sexton (Stirling) overcoming a stern challenge from UHI’s Caitlin Boa while Fern Clark (St Andrews) upset Tara Mactaggart (Stirling), with a 2&1 victory. The women’s matches commence from 10am tomorrow on the new course.