Under the dramatic backdrop of Stirling Castle, the 2020 Inter Districts Cross Country Championship was to be one for the ages. 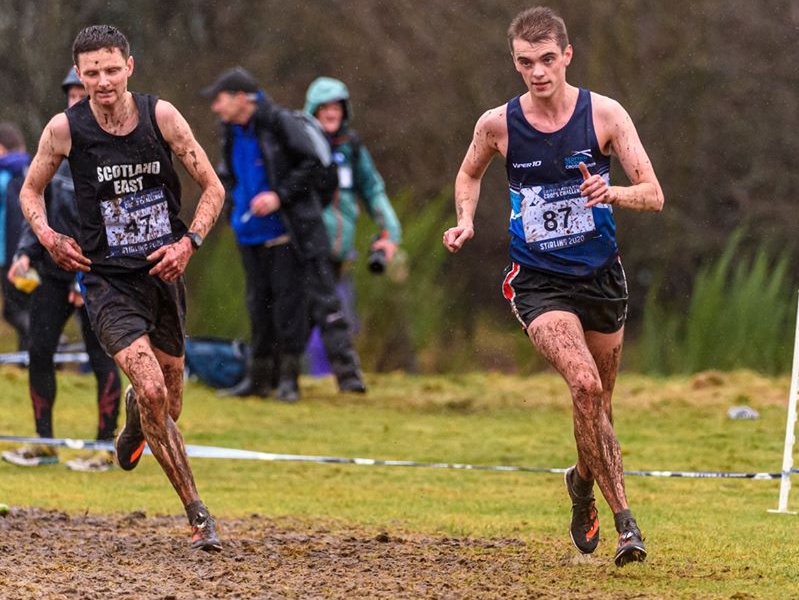 Incorporated this year within a British Cross Challenge event, the Scottish Student teams battled against elite home countries national squads and top club athletes alongside the usual fare of East, North and West district teams. All in all, there was a total of 113 athletes in the Women’s race and a total of 161 athletes in the Men’s race.

Owing to the strong fields assembled for each race, competitors surged from the start line at an electric pace and coping with this early surge in pace would be essential to getting the best out of oneself on the day.

The late, great Muhammad Ali once quipped “Ain’t nothing wrong with going down. It’s staying down that’s wrong” and the Men’s and Women’s Scottish student teams overcame more than a few thrills and spills on the muddy, twisty course, to become
Inter District silver and bronze medallists respectively.

“Today our student athletes demonstrated that they can mix it with top international athletes, their performances are a product of the excellent support they receive from their families, teammates, coaches and institutions. The results also reflect the up and coming nature of the sport amongst the student population, watch this space!”

The following athletes competed for the Scottish Student Sport team, where the first 6 finishers counted towards the medals. Please note that position only refers to placing against other Inter District athletes:

Thank you to Stirling Council, the officials, organisers and volunteers for putting on such a fantastic showcase event for our sport.

Full results can be found HERE