The Stirling International is now the established curtain raiser for the BUCS/SSS Golf Tour, always providing drama to go with the debuts of the new crop of players 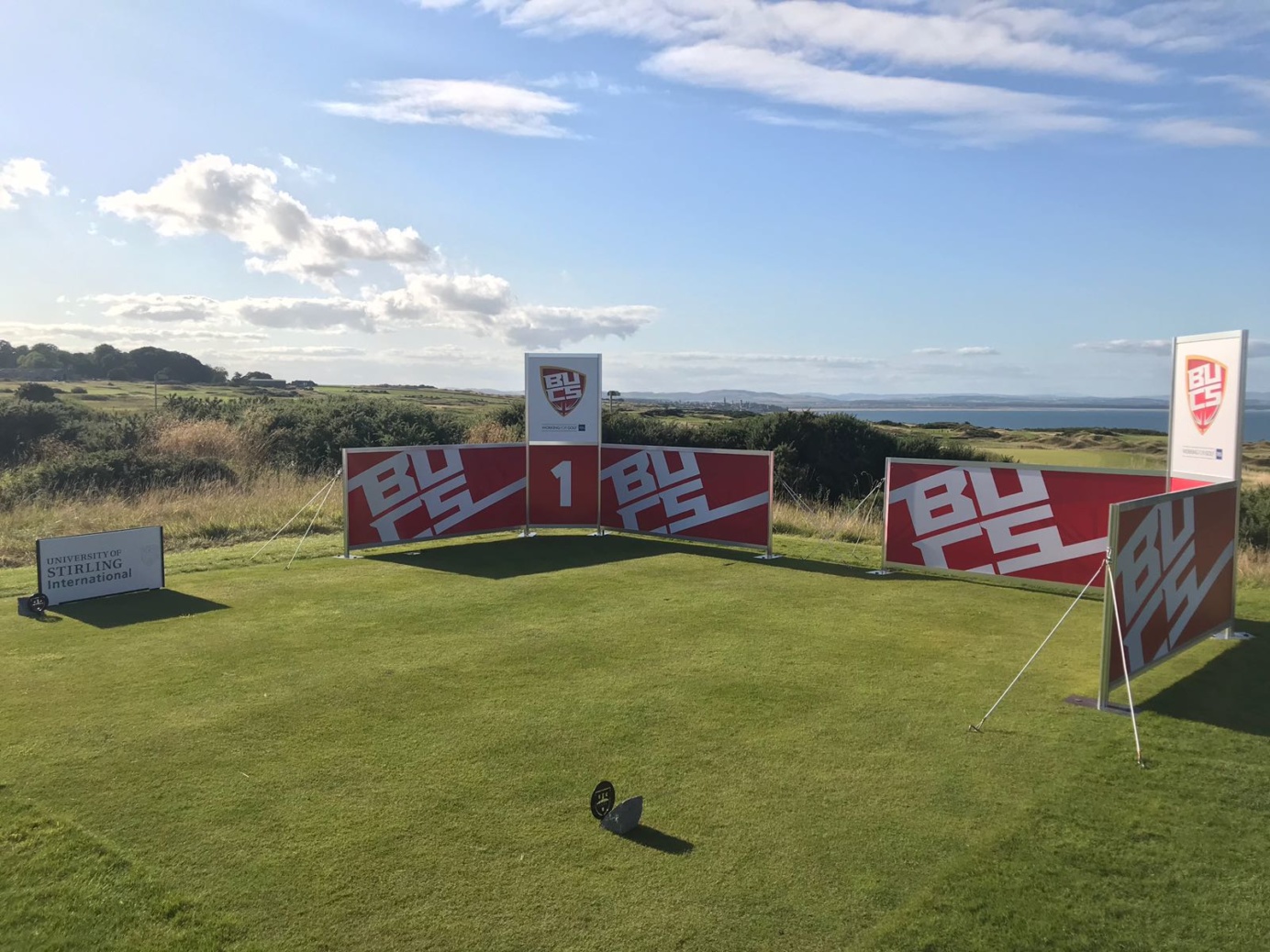 The first round of the new student golf season was played under a changing weather pattern on the Torrance Course of the Fairmont St Andrews. The Stirling International is now the established curtain raiser for the BUCS/SSS Golf Tour, always providing drama to go with the debuts of the new crop of players.

In the women’s competition, the first drama was the morning withdrawal through sickness of Hazel MacGarvie (Stirling). The loss of the reigning Macpherson Order of Merit second year opened the door for the rest of the field.

Nicola Slater (Stirling) was one to take advantage of Macgarvie’s absence. Having moved into the first group, and bogeying the first hole, the first year eagled the 2nd, her first of two in the round, and never looked back – eventually signing for a 67 that included four birdies to go with those eagles.

Head of the chasing pack is Maynooth’s Ciara Casey, who went out in level thanks to matching Slater’s eagle on two, and then came back three under to shoot a 71, 4 back from the leader. One shot further back is Emily Mollard (Exeter), the French golfer picking up 4 birdies in her opening round 72.

With 13 players covered by 3 shots in the middle of the field the real drama tomorrow may well come from who is able to grab a place in the top 12 and make the cut for Friday’s final round.

In the team competition, all three of the top teams recorded under par scores, with Stirling I (-7), leading Maynooth I (-3), and Exeter I (-2).

On the men’s side, having the top three finishers from last year’s Order of Merit in the field was a sign of the strength on show. Couple that with a strong crop of first year golfers and a deep team from Maynooth University and a cluster at the top of the leaderboard was always on the cards.

James Glenn (Durham), reigning Macpherson Order of Merit Champion, went out in the first group and set the early clubhouse lead – very solid golf including three birdies helping him to a two under round of 70.

Glenn was joined at the top of the leaderboard by his Durham teammate, James Rogers, who matched James’ three birdies in his 70. Completing the triumvirate at the top was Scott Macpherson (Stirling) who recorded five birdies, tied for the most in the field during the day with Aberdeen’s Andrew Mulholland (Level), in his two under score.

In the team competition, Stirling I were the only team to break par (-1), giving them a two stroke lead over Maynooth, who are four ahead of Stirling II.

The second round gets underway from 8am tomorrow, with full results and live scores available HERE.