No Quarter given as Men’s Matchplay gets underway 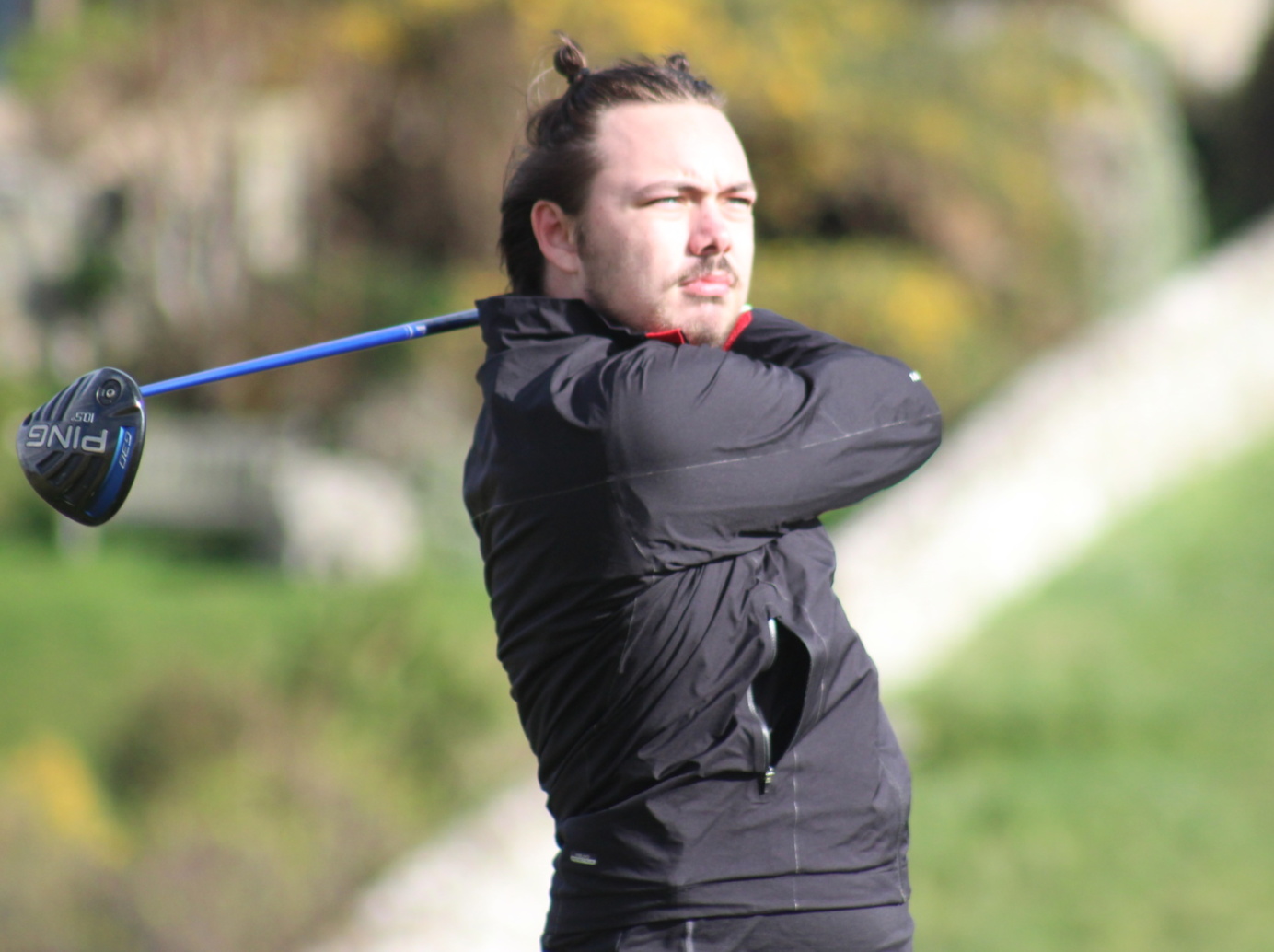 Attention turned to team matchplay for the top male student golfers in Scotland today, as four of the teams began their quest for the Charles McNeill Trophy.

With the two top seeds of Stirling I and UHI awaiting in the semi finals, teams from Stirling (x2), Strathclyde, and Glasgow took to the New Course fairways in the hope of joining them.

Stirling III faced the steely opposition of Strathclyde, whilst their second team colleagues matched up against Glasgow.

The morning foursomes were a keenly contested affair in both matches, with only two of the eight matches finishing before the 17th hole.

There were narrow but well deserved victories for Strathclyde pairings Rory Asher/ Martin Friel, Robert Watson/ Greg Andrews and Aidan Reid/ Angus Frood – with only Thomas Foster and Euan Cleary managing to convert the admirable Stirling resistance into a point. The Strathclyde men would therefore enjoy their lunch that wee bit more thanks to a 3-1 lead.

Meanwhile the Glasgow Uni team – spurred on in equal number by their loyal club mates – were chiselling away at a stolid Stirling II team. Bobby Gibson and Andrew Johnston showed spirited leadership in the top match and can be proud of the 1 hole victory over Kempster and Decker. However this was to be the only cause for celebration in the morning, as Matt Bell/ Scott MacPherson, Lewis Black/ Jack Forgan and Angus Bendall Daniel Morris recorded valuable points for Stirling II.

Lewis Fraser got Stirling III off to a positive start with a 2&1 victory over Greg Andrews but this was soon overshadowed as Friel, Woodhouse and Asher put Strathclyde into a commanding position. Cleary and Foster struck back for Stirling III but ultimately they fell short after Robert Watson and Aidan Reid closed out the final two matches by 5&3 and 3&1 respectively.

Stirling II never really looked in trouble against Glasgow this afternoon, as they racked up a series of convincing singles victories. Kempster, Bendall and Morris all won with at least three holes to spare and their team mates Lewis Black, Matt Fitzsimons and Scott Macpherson chimed in with victories too. There was some light relief for Glasgow via wins for Robb Hawthorn and the impressive Andrew Johnston, but this didn’t prove enough to get them over the line.

The semi-finals will take place over the same format tomorrow (Thursday) with Strathclyde facing up against top seeds Stirling I, and Stirling II taking on second seeds UHI.