The 8th Stirling International came to a dramatic conclusion today with a playoff needed to separate Ronan Mullarney (Maynooth) and James Glenn (Durham) after an intriguing final day on the Torrance Course of the Fairmont, St Andrews, Mullarney winning on the first hole. 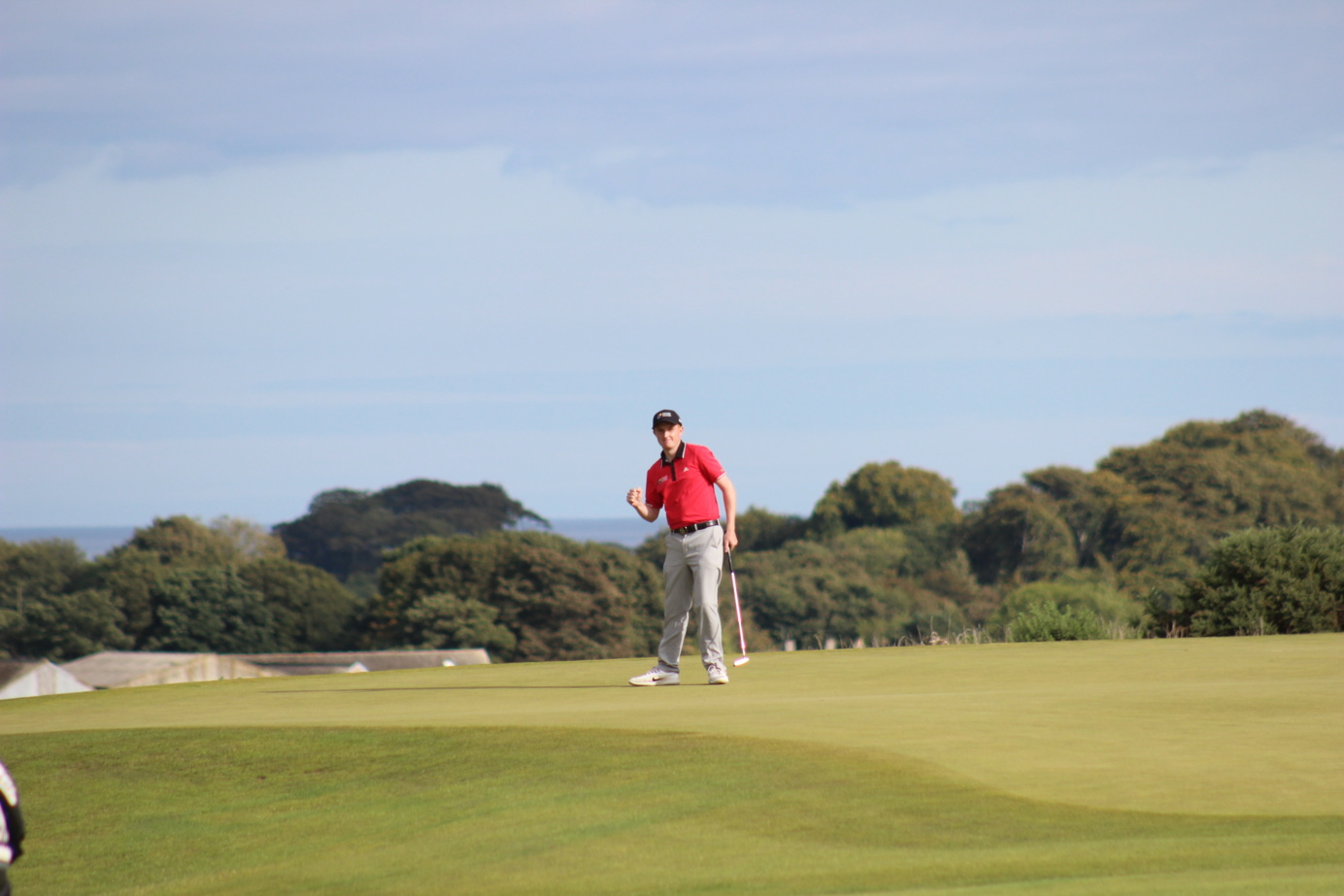 The 8th Stirling International came to a dramatic conclusion today with a playoff needed to separate Ronan Mullarney (Maynooth) and James Glenn (Durham) after an intriguing final day on the Torrance Course of the Fairmont, St Andrews, Mullarney winning on the first hole.

With Glenn and Mullarney playing together, along with Mark Napier (Stirling), in the final group, it was the American Glenn who made early progress. Leading by one from Napier and three from Mullarney, four birdies over the first nine holes stretched his lead as Napier’s three birdies were offset by an equal number of bogeys. Mullarney, meanwhile, had made three birdies of his own to move into second place, although still 4 shots back from Glenn.

When Mullarney bogeyed 15 it seemed that the contest was all but over, Napier having already dropped two shots while Glenn was a picture of consistency with 6 straight pars. However, on the 17thMullarney made birdie for the first time this week while Glenn could only manage a double bogey 5. This cut the lead to one heading up the last. Once again, Mullarney stepped up to make birdie, and Glenn’s par meant a playoff.

The two players headed straight back to the first hole for the playoff. Mullarney could not have played it more perfectly, a booming drive down the middle of the fairway leaving a short wedge into the green. With Glenn coming up short and having to chip onto the green with his third, the opportunity was there for Mullarney to win it with one putt; an opportunity he duly took. 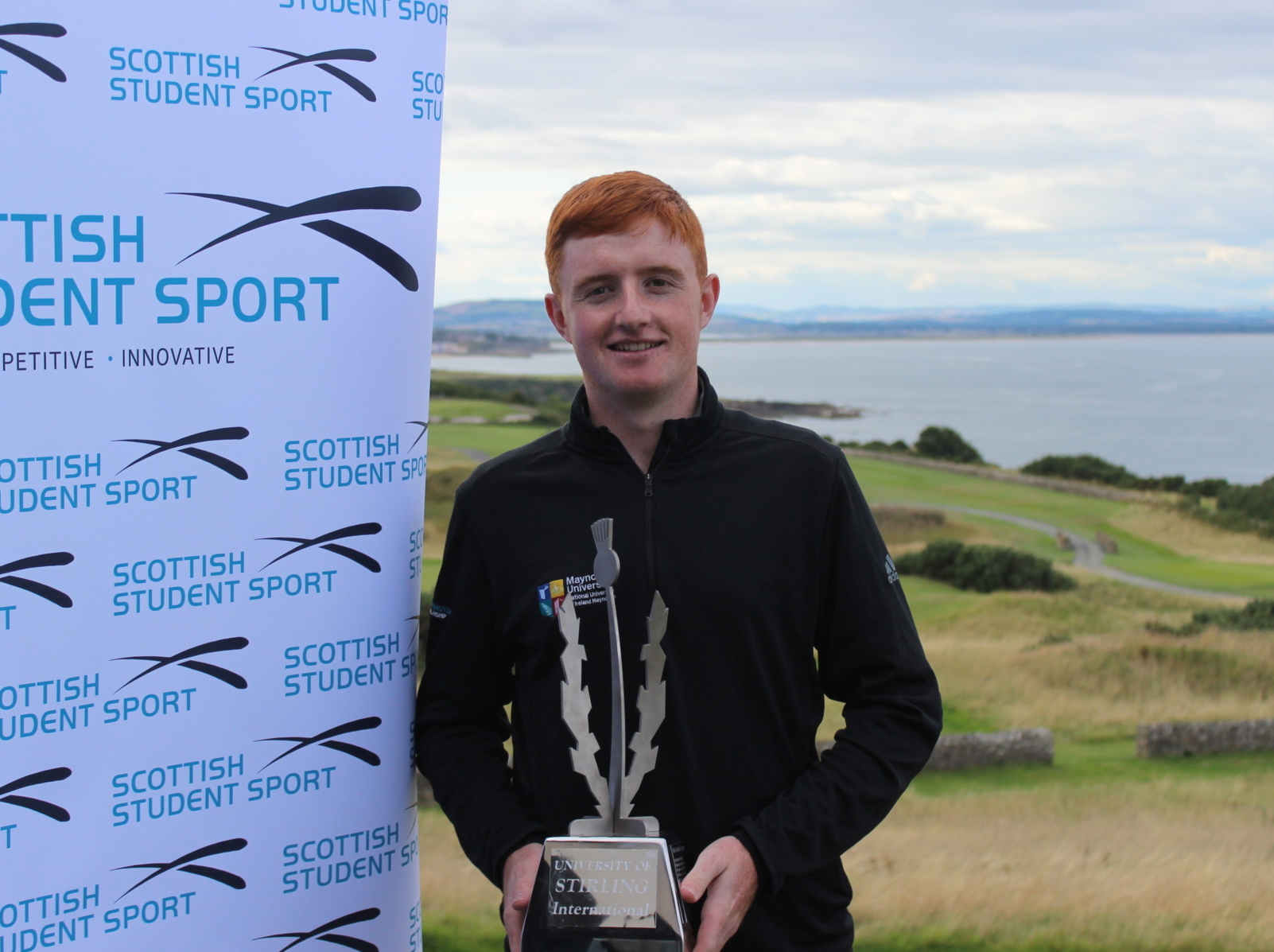 Completing the podium was Caolan Rafferty (Maynooth), sneaking ahead of Scott Macpherson (Stirling) on countback.

This strong finish from Maynooth saw them crowned team champions for the first time, with a three round total of -10, thirteen strokes better than Stirling I. 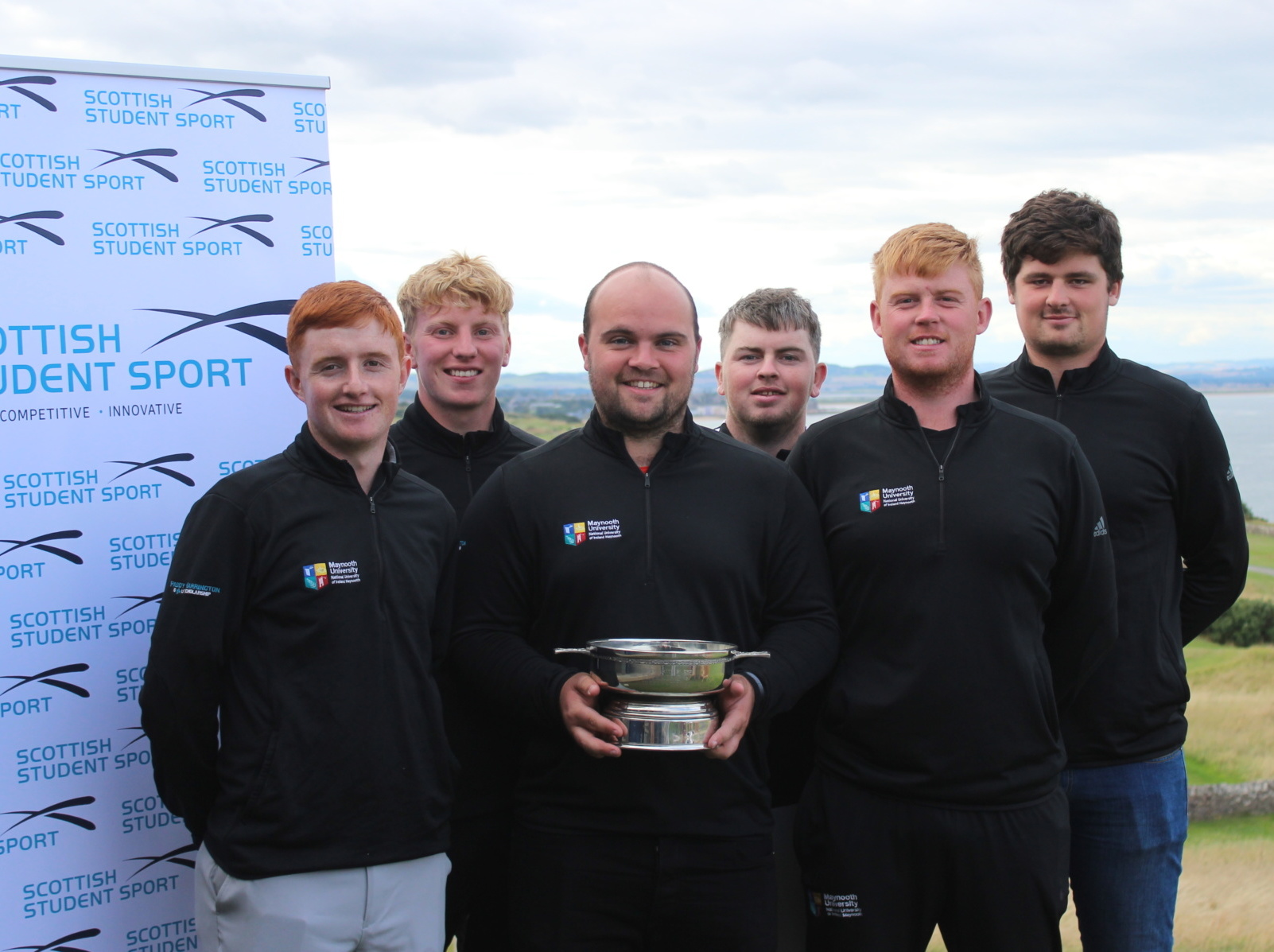 In the women’s competition, Nicola Slater (Stirling) cruised to victory after her incredible opening two rounds had given her a solid cushion going into the final day. An up and down round saw an eagle and three birdies, along with eight dropped shots, for a final total of 210, -12. 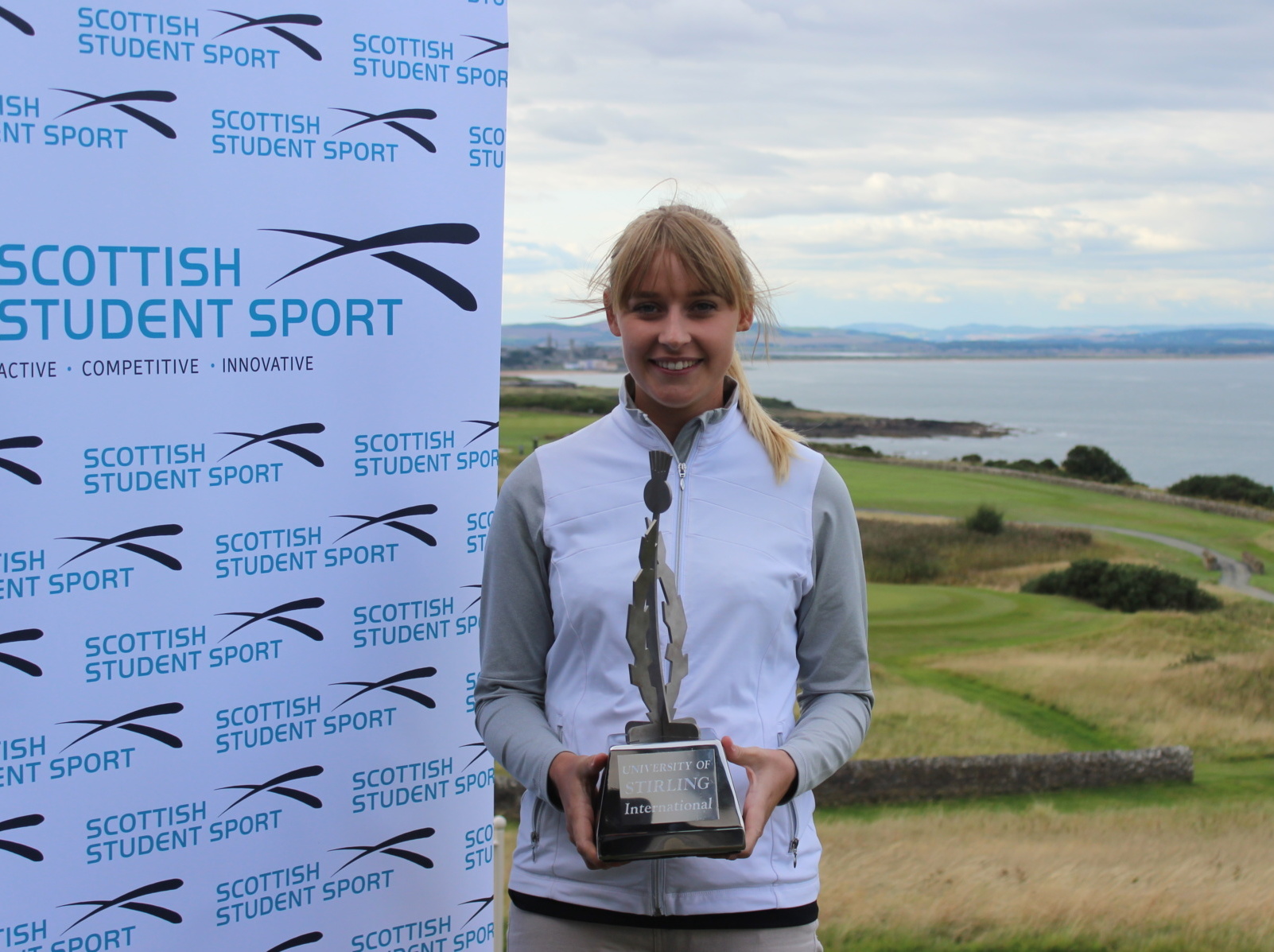 Penelope Brown (Stirling) ended up Slater’s closest competitor, a final round 73 leaving her at -3 for the competition. She was run close, however, by Kirsten Brown – the St. Andrews student with the round of the day, 70, leaving her one short of second place.

In the team competition, Stirling I took the victory, Slater and Brown combining with Rachel Thompson to finish at -16, 8 strokes ahead of St Andrews I. 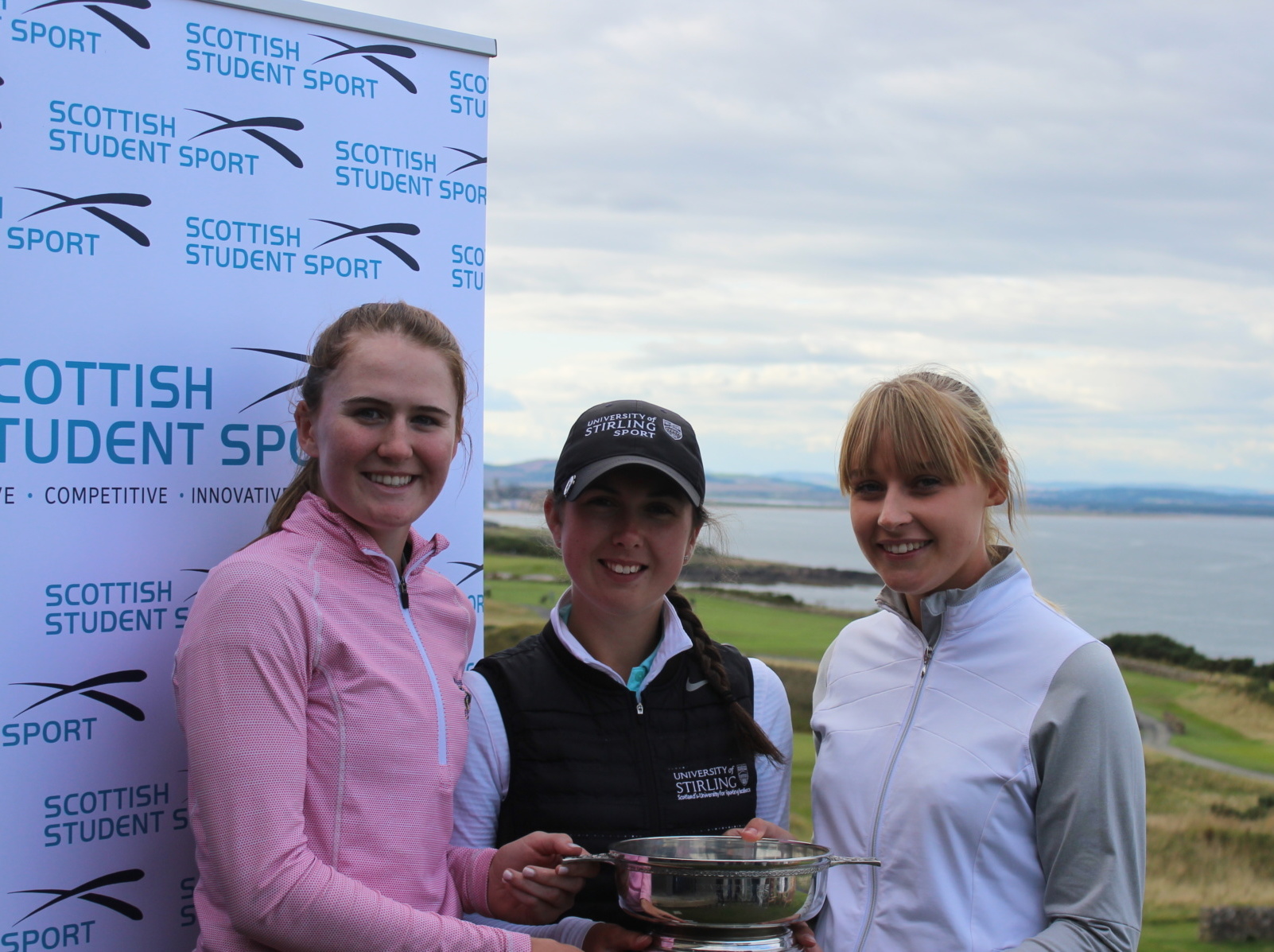 Photos from the competition will be available through the SSS Facebook page next week.