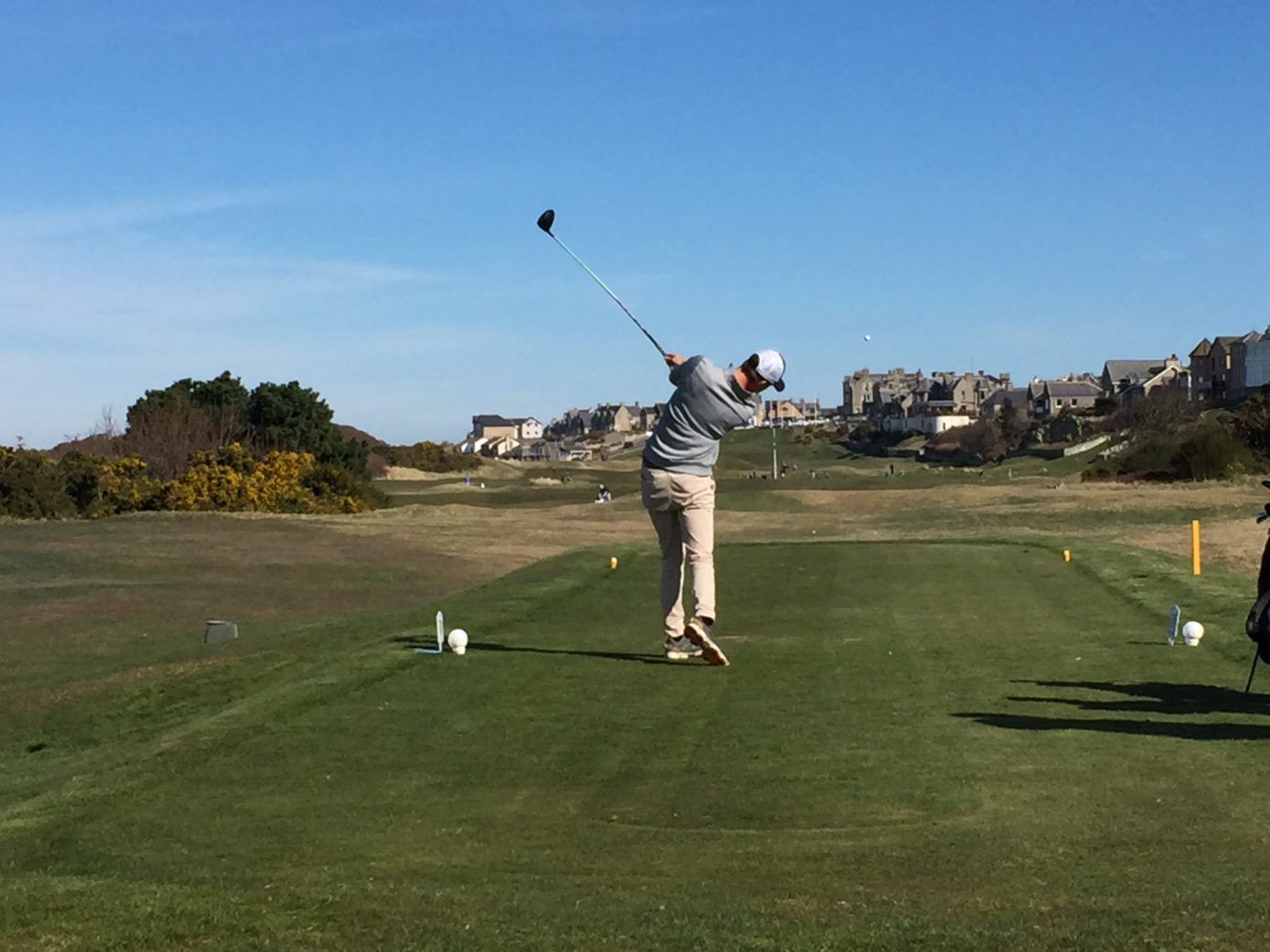 Playing the Old course Batty carded seven birdies, including a run of four in a row from the 13th, to end the day on -4 (71).

She was matched in the group behind by fellow Stirling University player Sexton, whose round included five birdies and an eagle three at the par 5 11th.

Tucked in just behind the lead is St Andrews’ Alexa Hammer who carded a three under par 72 with an electrifying end to the round that saw her birdie four of the last five holes.

The men began their 72 hole quest with a round over the New Course, where the scoring overall was not quite as spectacular as the glorious weather.

However, the sun was certainly shining on Ricardo Cellerino from UHI and Laird Shepherd (Stirling) who completed the best rounds of the day to occupy the top of the leaderboard at -3.

They were followed closely by Aberdeen University’s Rob Paterson and St Andrews’ Matt Myers who each finished on -2.

The tournament(s) continues tomorrow with all players completing 18 holes on the New Course in an attempt to make the cut and come back on Tuesday for the final 36 holes.