The sun shone for the third day in a row as the 11th Ladybank Golf Tournament came to a conclusion in Fife today. 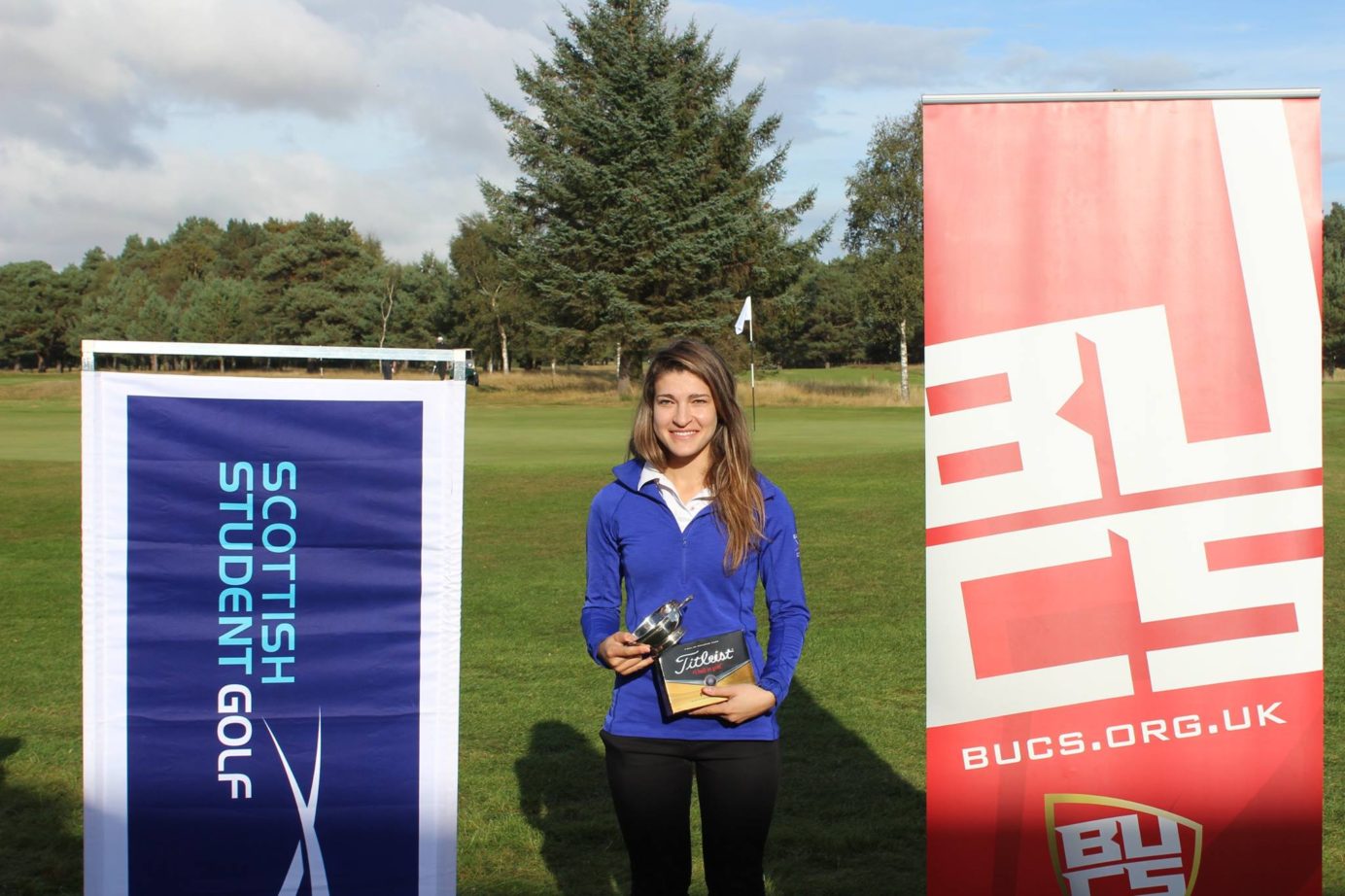 The sun shone for the third day in a row as the 11th Ladybank Golf Tournament came to a conclusion in Fife today. An early start saw the men who had survived the cut and all of the women go out knowing that a low score was on the cards with the accompanying chance of victory and important BUCS and SSS Order of Merit points.

On the men’s side, academic commitments meant that Chris Low (Abertay), although sitting in second place, went out in the first group and this allowed him to set the early clubhouse lead at +4. Competitor came and went without challenging that lead with James Glenn (Durham) setting the best of the early scores with a 72 leaving him +10 for the tournament. Indeed, it was the penultimate group before anyone came past James with Peter Kerr (St Andrews) matching his 72 to move into second place behind Chris at +6. However, with a second consecutive two under par 69, the comprehensive winner came from the final group as overnight leader Bjorn Bojesen (St Andrews) finished 6 shots clear of the rest of the field with a two under par 211 for 54 holes. 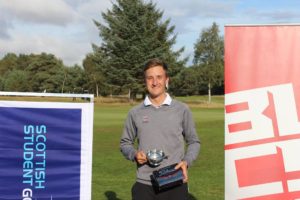 On the women’s side, it had looked likely to be a St Andrews shootout and that is how the day played out with the final leaderboard showing them filling the top 5 spots. Alexa Hammer (St Andrews) shot the best of the day, turning one under before finishing with a +2 73 to move up to second place. Fern Clark (St Andrews) was not able to quite match her solid play from the first two days with a final day 80, allowing Lieve Van Veggel (St Andrews) to clinch 3rd place at +20, matching the score of Clark but taking the place with a superior final round. With all of the chopping and changing, the top of the leaderboard showed serene progress for Marie Danielsson (St Andrews), who, although unable to match the quality she produced on the first two days, still secured victory by two shots with a 78 leaving her on +13 for the tournament.