After a hiatus due to the global pandemic, everyone was delighted to see the return of the Conference Finals in the stunning coastal town of Saint Andrews. 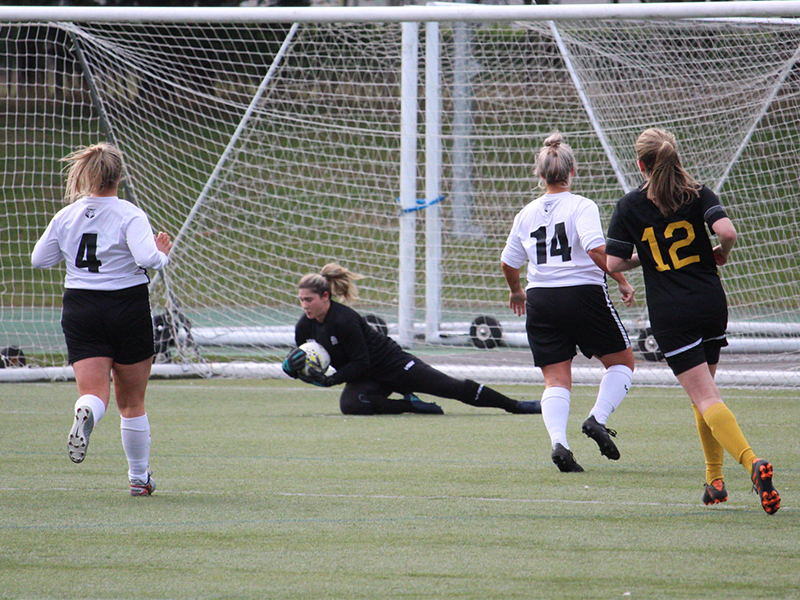 After a hiatus due to the global pandemic, everyone was delighted to see the return of the Conference Finals in the stunning coastal town of Saint Andrews. As friends and colleagues were reunited, spirits were high and a real buzz could be felt across all venues at Saints Sport.

From all across the field there were examples of incredible sportsmanship, teamwork and of course some excellent sporting performances that wowed spectators and competitors alike. The atmosphere was electric at the University of St Andrews as thirty four teams from ten universities turned up in style, with supporters in tow and lots of enthusiasm for a day of incredible sport.

We’ll be rounding up the top moments from throughout the day and covering off each of the sports fixtures, so make sure you read on to relive all the action! 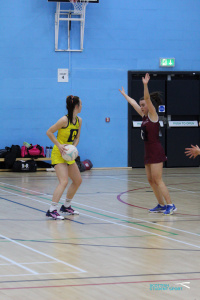 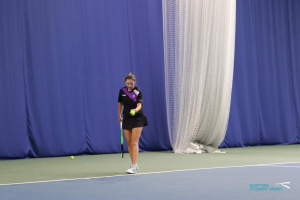 The Badminton final was an all Edinburgh affair, played in the spirit of a competitive derby day. Great players from the University of Edinburgh’s 2nd and 3rd teams took to the court to face off in an excellent series of competitive matches. Long rallies and sets were the order of the day and the University of Edinburgh 3rds started strongly. Sadly for the 3rds this wasn’t mirrored in the final result with the 2nds eventually winning ten to two. The matches were an absolutely great advertisement for student badminton and in particular the work of the Edinburgh University Badminton Club whose ethos of teamwork, friendship and performance shone through. 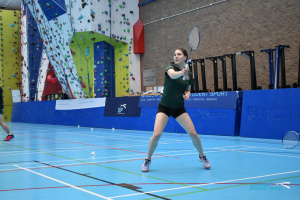 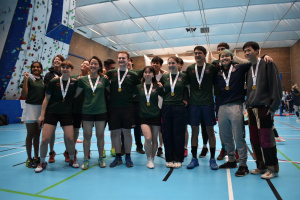 There were two fantastic Volleyball fixtures on the cards at the Conference Finals, with the Women’s Cup Finals in the early afternoon followed by the Men’s Cup Final in the evening. The women from Heriot-Watt University took to the court against the University of St Andrews and started strong, winning the first set with a dominant display, however, this was not to continue. After losing the 1st set St. Andrews made the most of home advantage with a comprehensive victory against Heriot-Watt. Long points and lots of net action made for an entertaining game and the crowd provided excellent support. The final scores were the University of St Andrews 2nd team three, and Heriot-Watt University 1st team one. 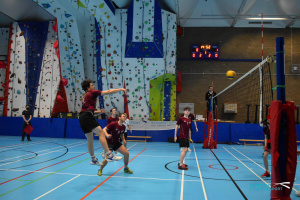 The Men’s Volleyball Cup final saw two strong teams bring the curtain down on the student volleyball season. Strathclyde have had an excellent season but it was Napier who ended on a high winning the conference cup final with a composed display of volleyball. Edinburgh Napier Universities’ performance had fewer unforced errors coupled with some excellent attacking play at the net. The final scores were University of Strathclyde 1st one, to Edinburgh Napier University three. 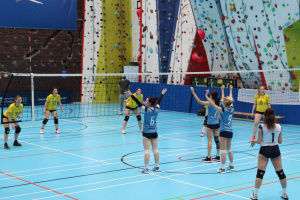 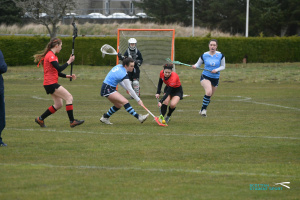 After a tough road to the finals including incomplete fixtures and a struggle to get umpires for the match, the home team, University of St Andrews’ 2nds were up against University of Dundee’s 1st team in the Women’s Lacrosse Cup Final. After a strong start from St Andrews, Dundee were not put off and continued to match them goal for goal. The last quarter was intense, both teams challenging their opponents for the win, at eleven all Dundee was the team to score the final goal winning the game twelve – eleven. Before celebrating, Dundee’s players confirmed the score with the umpires and then celebrated the win in style. Umpiring we had the University of Edinburgh’s Louise & Hannah who both said this was a brilliant game for them to be a part of! The final score was University of St Andrews 2nd team eleven to University of Dundee 1st team twelve. 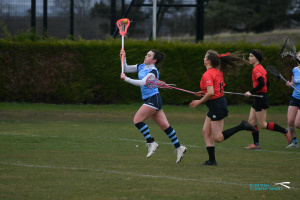 At 12 noon the first of the three hockey fixtures got underway, the ICG Hockey Women’s Trophy. Dundee 2s took on Edinburgh 8s in emphatic style, taking an early lead with goals from Emma Tennant and Amy Reid. Despite a strong showing from Edinburgh, the Dundee women were relentless and Harriet Bedi scored the third goal. Harriet’s outstanding play would later see her crowned Most Valuable Player. Dundee’s Caitlin Brown scored a further two goals to seal a five – nill victory over Edinburgh. Spectators in red and black erupted and the players made their way to the podium to be awarded their respective gold and silver medals, presented by University of Dundee Sports Union President, Adam Brady. 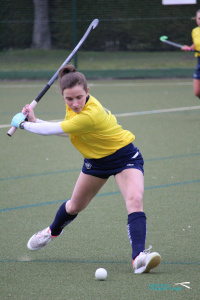 Next up was the ICG Hockey’s Women’s Cup Final, with Stirling 1s taking on Heriot-Watt 1s. Both teams had the bit between their teeth, defending and attacking well, as the match got underway. Jen Tate scored the opener and it would set the tone for a dominant performance from the women in yellow, with two further goals, both from Anais Bonner to make it a three – nill win over Stirling. Margery Justice, the Heriot-Watt centre-midfielder and former Scotland U18 and U21 player, was awarded Most Valuable Player. The medals were presented by SSS Business Manager, Totty Sinclair Roads, amidst the rapturous applause of spectators and staff alike, out in force to cheer on the players.

The Hockey Men’s Cup Final closed proceedings on the sand-dressed pitch, with Edinburgh 3s taking on Edinburgh Napier 1s. Napier started strongly with a first goal coming from Calum Dowie. Edinburgh fought back and Chris Newton scored to make it one a piece. Two more goals, both from Napier’s Charlie Jack, looked to seal the match for the men in black and red, however, the University of Edinburgh had other ideas. Harry Heap scored an impressive goal to make it two – three and tensions were running high. In the final minute of play, Sonny Erskine equalised, and the match went to penalty flicks. Five players from each side stepped forward and the keepers got ready to do battle. After five shots each, the score was two all, it was proving difficult to separate the two teams, but in the sixth shot Edinburgh triumphed and the whole place erupted in a sea of green as subs and coaches ran onto the pitch and spectators embraced on the sidelines. The Napier keeper Matthew Taylor was awarded Most Valuable Player, for an incredible save during the penalties. Both teams headed to the podium area where the SSS COO, Stew Fowlie, presented the gold and silver medals. 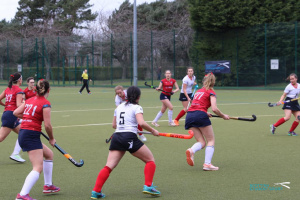 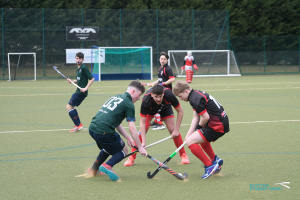 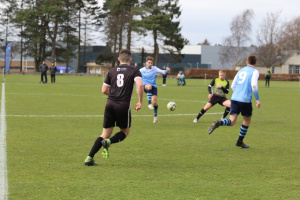 There was plenty to write about in the Men’s Football Cup Final, with bookings, extra time drama and plenty of action. Heriot-Watt University took an early lead before having their keeper sent off for a controversial red card. Shortly after being reduced to 10-men they conceded the equaliser from a cross-come-shot, then went two – one down shortly before half-time. In the second half the makeshift keeper for HWU kept them in the game despite mounting ENU pressure. In the final minute of the second half Heriot-Watt University were awarded a free-kick right on the edge of the box, with the Edinburgh Napier University defender lucky not to be red carded. Heriot-Watt scored an excellent free-kick sending the fans wild with rapturous applause. Extra-time was end-to-end but in the final minutes Edinburgh Napier University popped up at the back post to smash the winner in from 6 yards. 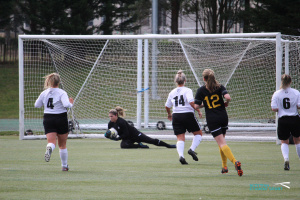 There was an absolutely fantastic showing of Rugby in the afternoon, starting with the Women’s Cup Final. It was absolutely great to see the return of this fixture after the walkover in 2020 leading to the final not being played. The tempo was excellent but it proved to be a game racked with injuries, however the rugby spirit lived on. SSS wishes the players a speedy recovery and would like to extend a huge thank you to Sky Larkems First Aid for their support and quick action on the day. The University of Aberdeen consistently showed their power with attack after attack on the Heriot-Watt defense, but Heriot-Watt University put up a great fight, holding their own before finally succumbing to the Aberdeen attack. We would also love to extend a thank you to our friends at the Scottish Rugby Union for providing the match ball (as they did for the Men’s too). The final scores were University of Aberdeen seventeen, to Heriot-Watt Univerity seven. 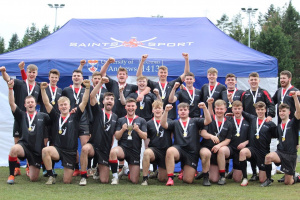 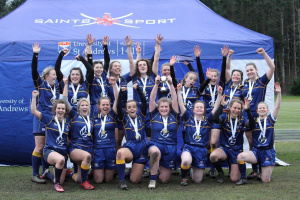 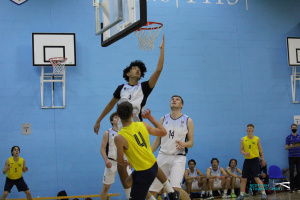 Basketball certainly made waves on Conference Final’s day, with both the Women and Men’s finals producing some excellent basketball and phenomenal courtside support. First up was the Women’s Conference Cup Final between Heriot-Watt University and the University Dundee. Heriot-Watt opened with a blistering offense and a high tempo that lasted throughout the duration of the game, and although the University of Dundee countered well they couldn’t withstand Heriot-Watt University’s powerful attacking play. Supporters from both Universities brought both noise and excitement that spurred on the players, with cheers, chants, and banners filling the stand.

In the Men’s Basketball student supporters witnessed a fast-paced match from start to finish, with a fairly level score right up until the last quarter. The crowd was full of energy and made their support clear for either Heriot-Watt University or the University of St Andrews. The Saints in particular had a great turnout and really played to the home crowd, eventually tearing ahead on the scoreboard and eventually taking the win. An absolutely top match to end the day! 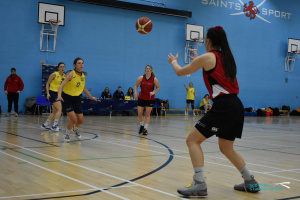 A collection of photographs from the day can be found here on our Facebook Page.