Tight at the top after day two of Autumn Trophy

Moving day of the 13thAutumn Trophy saw both the men’s and women’s fields tighten up heading into tomorrow’s concluding round with high winds adding a new challenge to the competition. 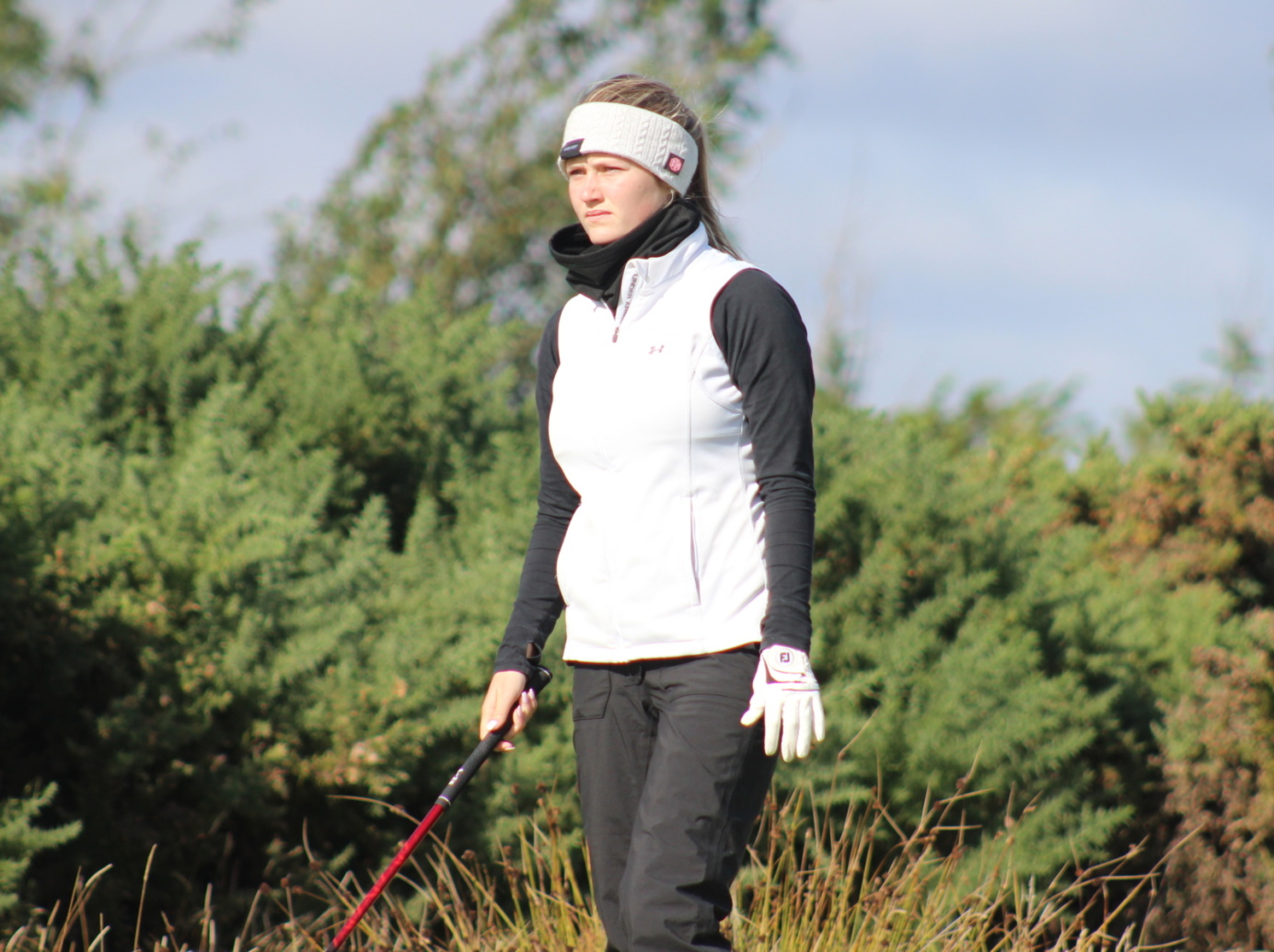 Moving day of the 13thAutumn Trophy saw both the men’s and women’s fields tighten up heading into tomorrow’s concluding round with high winds adding a new challenge to the competition.

In the women’s competition, Mirren Fraser (Stirling) was rewarded for her round of the day with a one stroke lead heading into Wednesday. A solid three over on day one was slowly being undone as three bogeys marred her front nine. However, Mirren started the back nine with a birdie and that helped her to a two over 73 for the round, and a 147 two day total.

Overnight leader Alexa Hammer (St Andrews) didn’t have it all her own way today with four dropped shots over the opening four holes threatening to derail her challenge. However, she showed some strong fight to make 3 birdies over the next 7 holes and ensure that her round of 77 left her one back from Fraser and very much in the hunt.

Maintaining her spot in 3rdplace is Hammer’s St Andrews team mate Georgina Hirst. Much like Alexa, Georgina had a tough start to her round in the worst of the wind and this saw her drop 6 shots over the opening nine holes. However, three birdies coming home arrested the slide and ensured she ended the day where she started, in third place, and ready to challenge for her maiden Tour victory on Wednesday.

On a day where birdies were hard to come by, both Fern Clark (St Andrews) and Emily Mollard (Exeter) were able to make moves up the leaderboard, both recording 4 birdies or better, including an eagle 2 for Mollard at the par 4 8thhole. Both players will be looking to repeat today’s performance and move onto the podium.

In the team competition, St Andrews I (+13) stretched their lead to four strokes over St Andrews II, with Stirling I three strokes further back at +20.

In the men’s competition, it was a case of consolidation for the two UHI men at the top, with both leader Alistair McNaughton and Michael Schinkel carding level par 70s.

Indeed, having played cat and mouse over the preceding 16 holes with 7 birdies between them to go with 6 bogeys, it seemed as though they would go into the final round level after both bogeyed the par 3 17th. However, McNaughton made sure that it was he that takes the slender lead after sinking a long putt at the last for birdie and a 137 two round total.

Joining the two UHI students at the top of the leaderboard is perennial Tour winner James Glenn (Durham). Displaying his usual style of solid goal, the wind didn’t seem to affect him with a solitary bogey on 3 the only blip of his front nine. Coming back was a lot more interesting as birdies at 11 and 14, coupled with an eagle at 16, helped him to a one under round of 69, and a share of second place with Schinkel.

Although those three are the only golfers under par after Tuesday’s play, there are a host of familiar names chasing them and they will be looking to set a solid clubhouse total ahead of the final group coming in.

In the men’s team competition, UHI I (-3) have taken a commanding 15 stroke lead over Stirling I, with Stirling III (+15) the surprise package in 3rdplace.

Play starts from 9am tomorrow morning and you can see the full scoreboard, along with tee times for tomorrow on GolfBox. Live scores through nine will start mid morning tomorrow.