We had an absolutely fantastic showing of talent and sportsmanship this last weekend at the SSS Individual Tennis Championships. 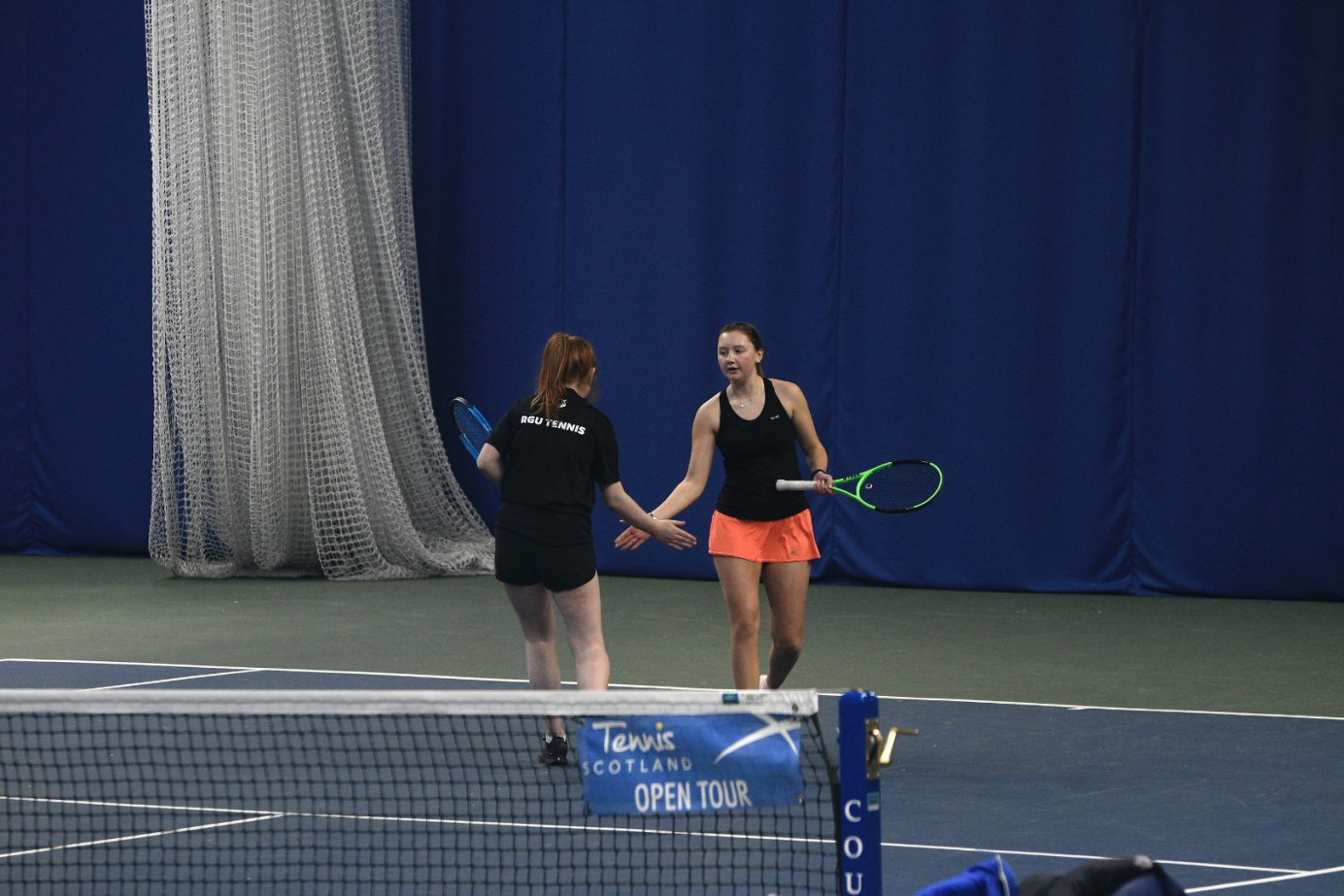 We had an absolutely fantastic showing of talent and sportsmanship this last weekend at the SSS Individual Tennis Championships. The University of St Andrews played host to forty-eight male and female tennis players from eight different Universities and they certainly put on a show!

There were some fantastic matches on Saturday, with at least five of them pushing, and even surpassing the two-hour mark. The highlight of the weekend has to have been the Women’s Singles semi-finals, with Beth Laybourne (St Andrews) and Kirsty Robertson (Stirling) on the court for more than three hours, a monumental effort from the pair that eventually saw Beth taking the hard-fought victory to progress her into the final.

A huge congratulations to Patrick Young (Stirling) who won the Men’s Singles Final against Gregor Stott (Strathclyde) and Beth Laybourne (St Andrews) who took the Women’s Singles title in her final against Alicia Gates (Robert Gordon University). The silverware went to Ross Lyon and Gregor Stott (both Strathclyde) for the Men’s Doubles and Marta Heinen and Kirsty Robertson (both Stirling) for the Women’s Doubles. A fantastic showing all round! We would also like to extend a huge thank you to Referee Rick Gardner for all his help in hosting the competition, all volunteers who made the event possible and to the University of St Andrews for being such excellent hosts.

What Did You Think? Let us know what you thought of the event by filling in our quick survey!