There was a dramatic finish to day two of the 95th Scottish Student Golf Championships (Moray GC) as the fields in the men’s and women’s strokeplay endeavoured to make the 36 hole cut. 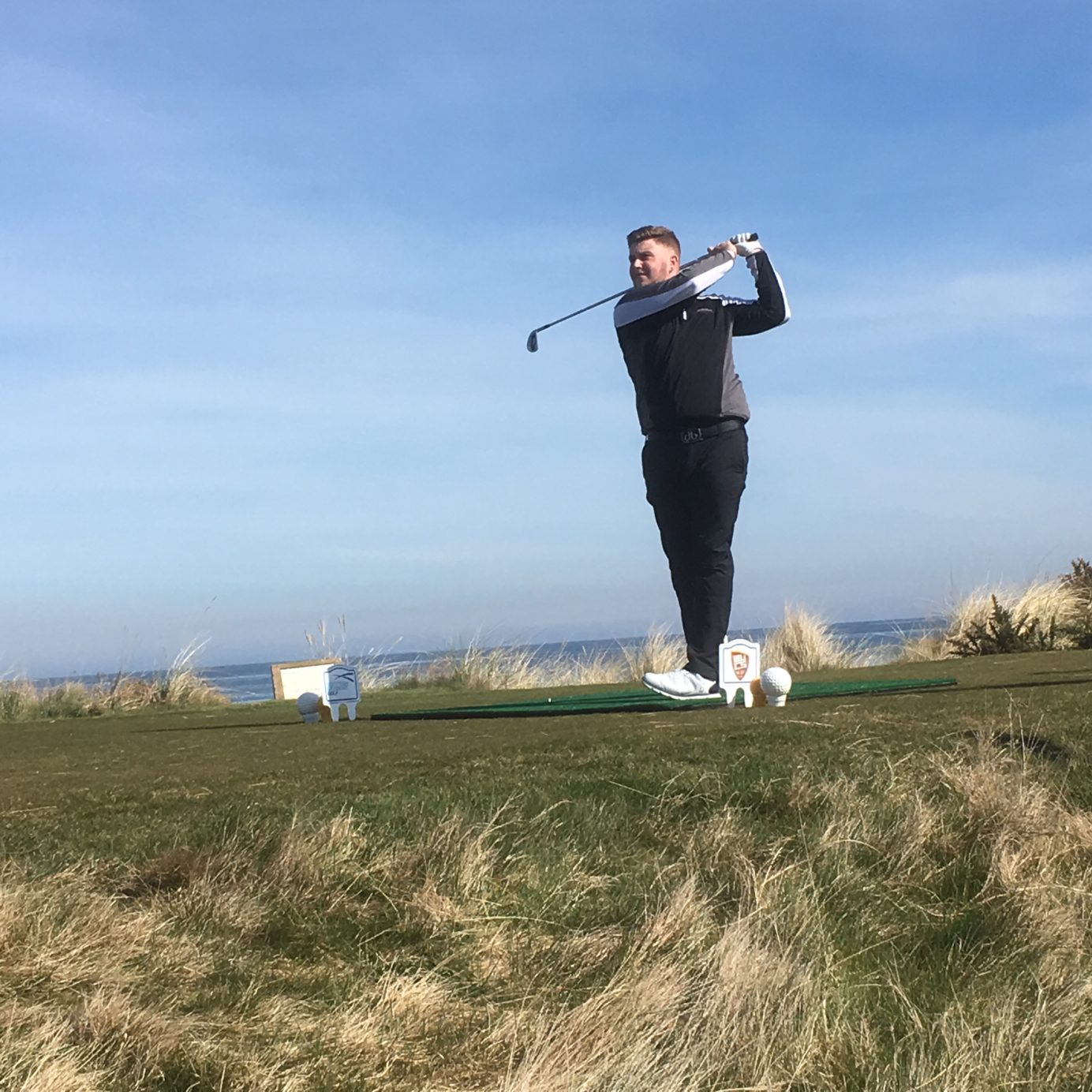 There was a dramatic finish to day two of the 95th Scottish Student Golf Championships (Moray GC) as the fields in the men’s and women’s strokeplay endeavoured to make the 36 hole cut.

In the long shadows of a glorious Lossie sunset, six of the men’s players – representing five different Universities – battled it out in a sudden death playoff for two final slots in the draw for tomorrow’s final day.
The first and only playoff hole (1st hole, New Course) provided a wee bit of everything, much to the delight of the 100 strong crowd – provisional balls, a free drop, a run back up the fairway after a lost ball, and more.
After a good deal of adventure and misadventure par proved to be good enough for Jamie Stoddart (St Andrews) and Andrew Benson (Strathclyde) to earn their place in the draw and an 0800 start for the first of two rounds tomorrow.
Some hours before Laird Shepherd (Stirling) had grabbed five birdies on the way to a very impressive 66, the day’s best round. This allowed him to sprint clear at the top of the leaderboard on 133 (-7), five shots clear of team mate Chris Maclean (Stirling), who carded a 68 despite some difficulties on the greens.
Matthew Myers (St Andrews) and Rob Paterson (Aberdeen) continued their good form and each carded a 71 to finish the day in a tie for third on 139 (-1).
Meanwhile there was another impressive array of red numbers in the Women’s competition as a small but very capable field continued their tournament with 18 holes on the New Course.
Best round of the day came from St Andrews Dutch starlet Lieve Van Veggel, who absorbed a double and a triple bogey and still posted an impressive 70 (-1) thanks to six birdies, including three in a row from the 12th. This helped to move her into fourth place overnight at -1, very much in the hunt.
The top three remain unchanged from day one in the shape of two time defending champion Gemma Batty (Stirling) and team mate Sinead Sexton, who each had level par rounds of 71 to finish at -4, and St Andrews’ Alexa Hammer who posted her second successive 72 to close on -2.
The strokeplay section of the tournament concludes tomorrow with 36 holes on the Old course for the remaining field of 42 men & 9 women. All support is welcome at the club, with the promise of some excellent golf and the hope of continuing good weather. A long day’s play is expected to finish at around 7.30 pm, to be followed by the prize giving in the clubhouse.
Full leaderboards:
Men
Women
BACK TO LIST