The 14th West of Scotland Trophy came to a close today with two wire-to-wire winners in Stirling’s Penny Brown and Jordan Sundborg. 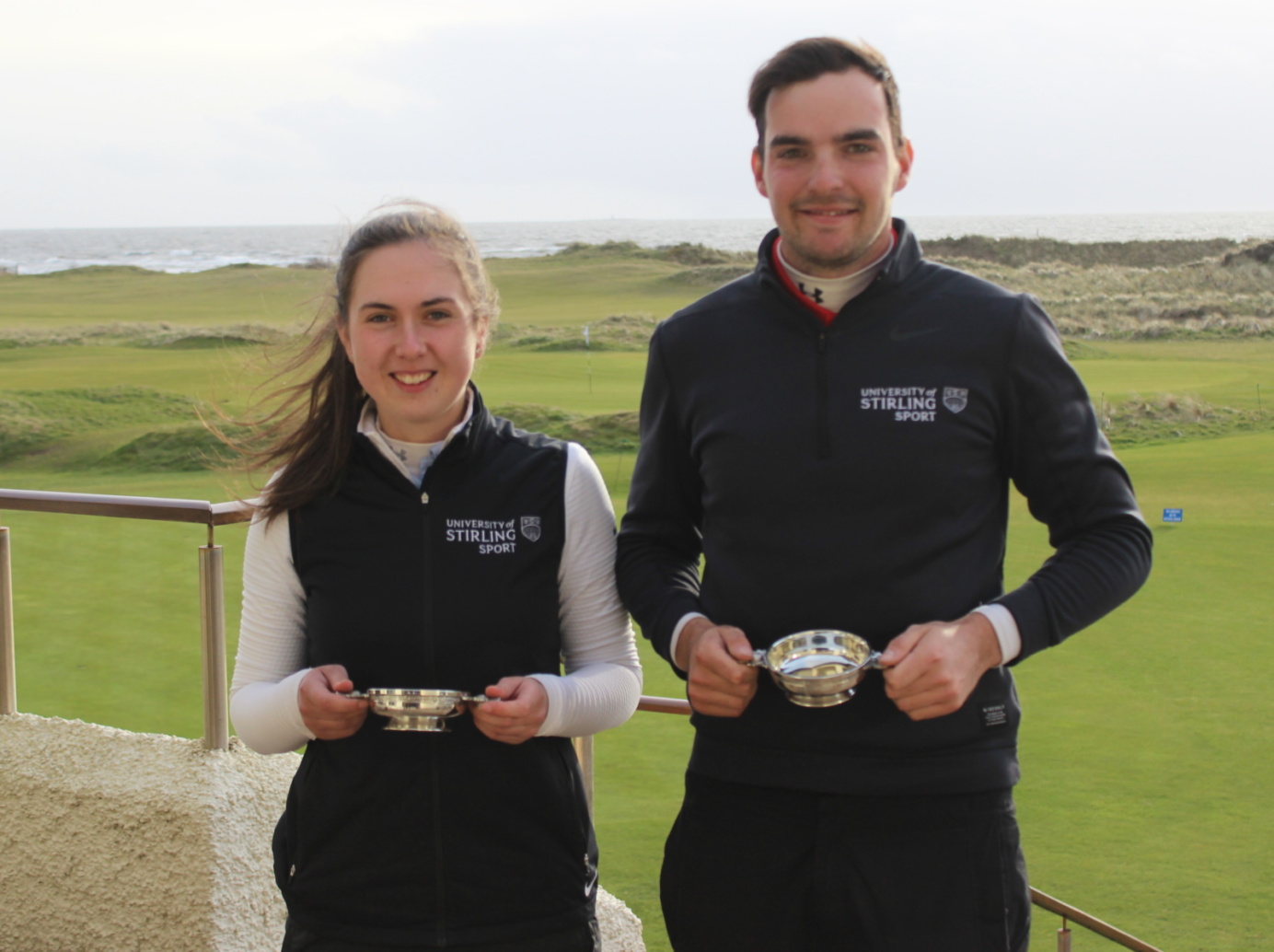 The 14th West of Scotland Trophy came to a close today with two wire-to-wire winners in Stirling’s Penny Brown and Jordan Sundborg.

Once again Western Gailes was beset by atrocious conditions, the final day proving possibly even windier than the first two. This brought to a close the perfect storm of weather throughout the competition and in which every players’ performance was to be commended. 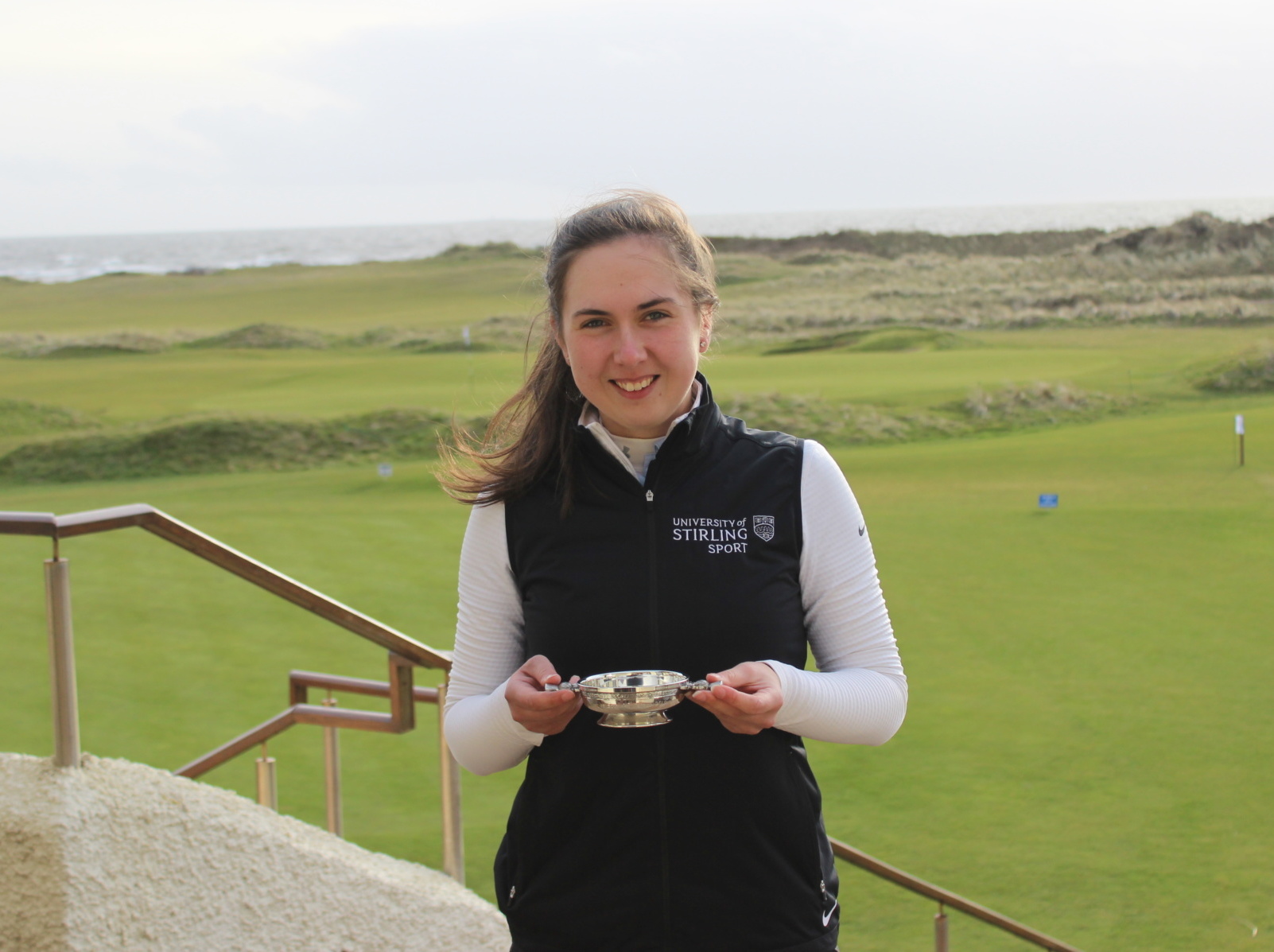 Brown started the day with a 6 shot lead over teammate Hazel MacGarvie and extended that lead with a par at the first. However, a double bogey 6 at the 4th, coupled with MacGarvie’s birdie at the 6th cut the gap to 4.

That would prove to be as close as Hazel got as back-to-back bogeys saw both players turn in 41. Two birdies on the back nine from Penny closed the door on the competition and only a double bogey on 18 prevented her from being the only player to shoot in the 70s each day, a back nine of 39 seeing her sign for an 80. Her final score of 235 gave her an eight shot winning margin.

Behind the two leaders Mirren Fraser (Stirling) rounded out the top three, an 82 to match her first round concluding a very solid week of performances.

In the women’s team competition, Stirling I were the runaway victors, beating their own third team by 33 shots. 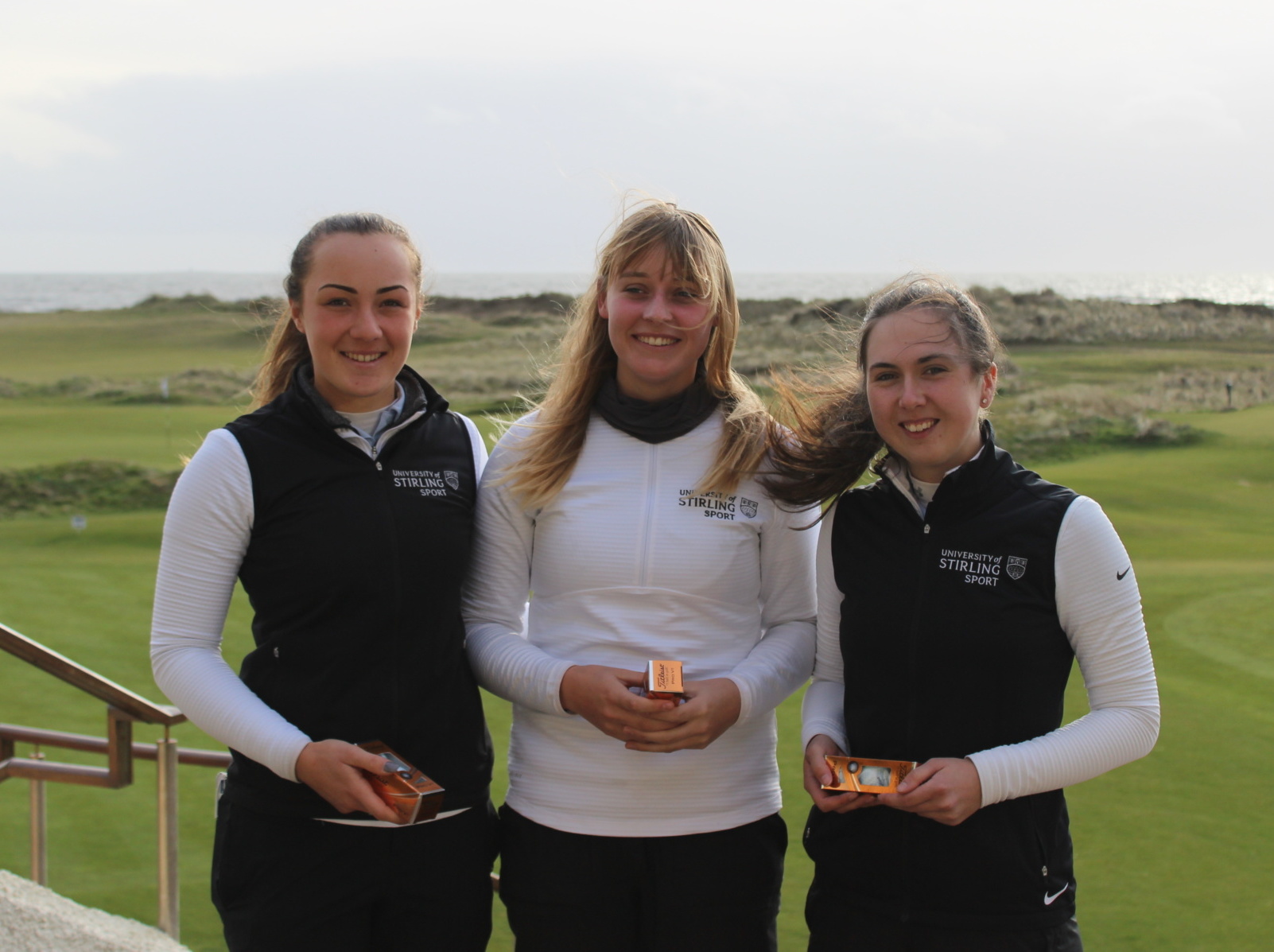 In the men’s competition, overnight leader Sundborg was defending a three shot lead over West of Scotland’s Kieran Quinn. However, it was the men who started the day in 3rd place who were the early challengers. With Jordan starting double-triple, his lead on the 3rd day was down to one as Ali MacDougall (Stirling), along with Colin Edgar (Stirling) and Conor Rochon (St Andrews) tried to put pressure on the leader. 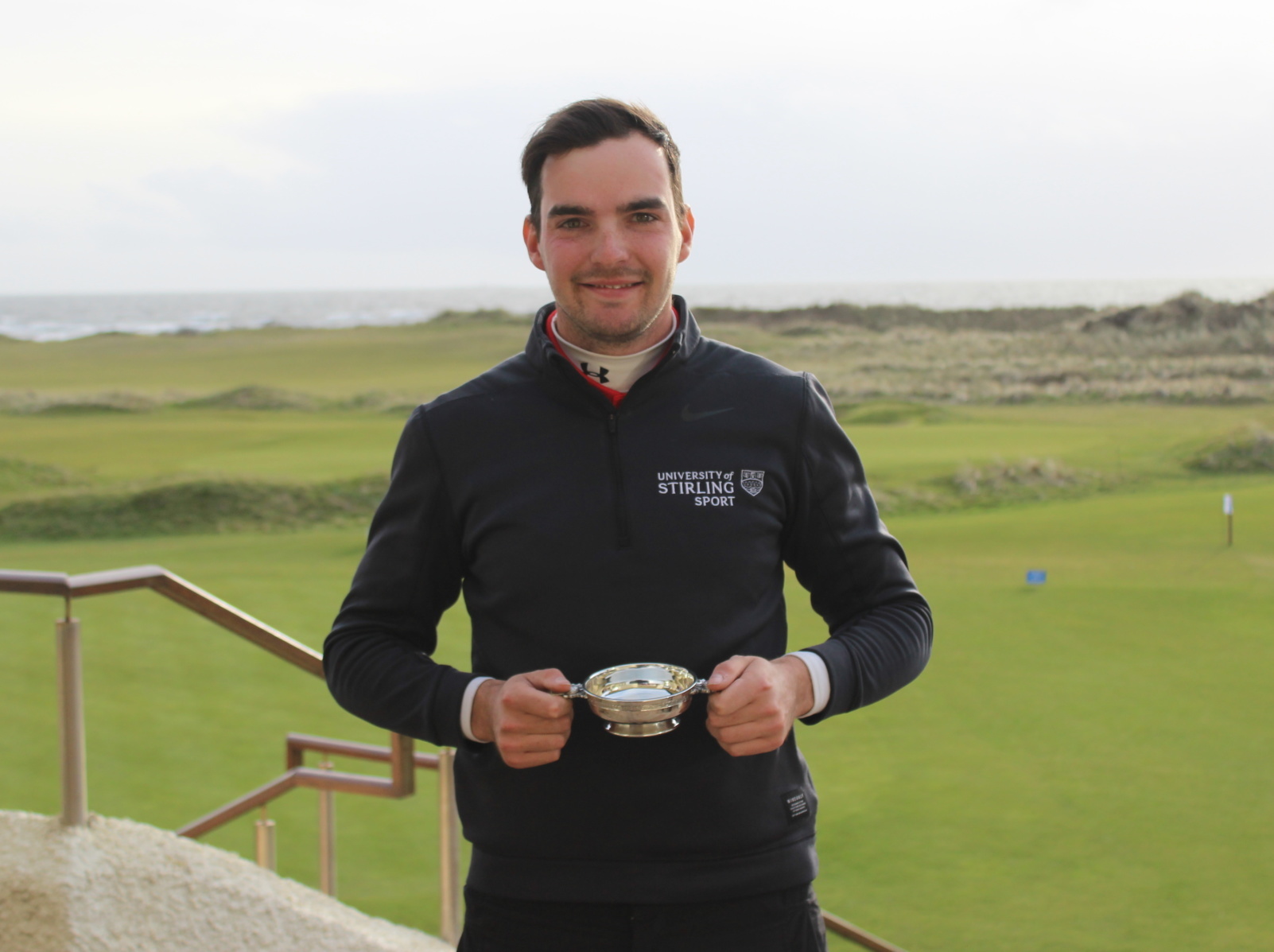 A par at the 3rd for Sundborg steadied his round, and he would not drop another shot until the 11th, by which time he added a birdie to 7 pars. This saw his lead stretch to 5 shots, a lead he would not relinquish despite 5 dropped shots over the closing 4 holes.

The big mover of the day was Stirling’s Matt Bell, who made 4 birdies in his fantastic round of 75. This saw him leapfrog MacDougall and Edgar into second place, just two strokes behind the eventual winner.

In the men’s team competition Stirling I were again victorious, 5 strokes clear of their 2nd team. 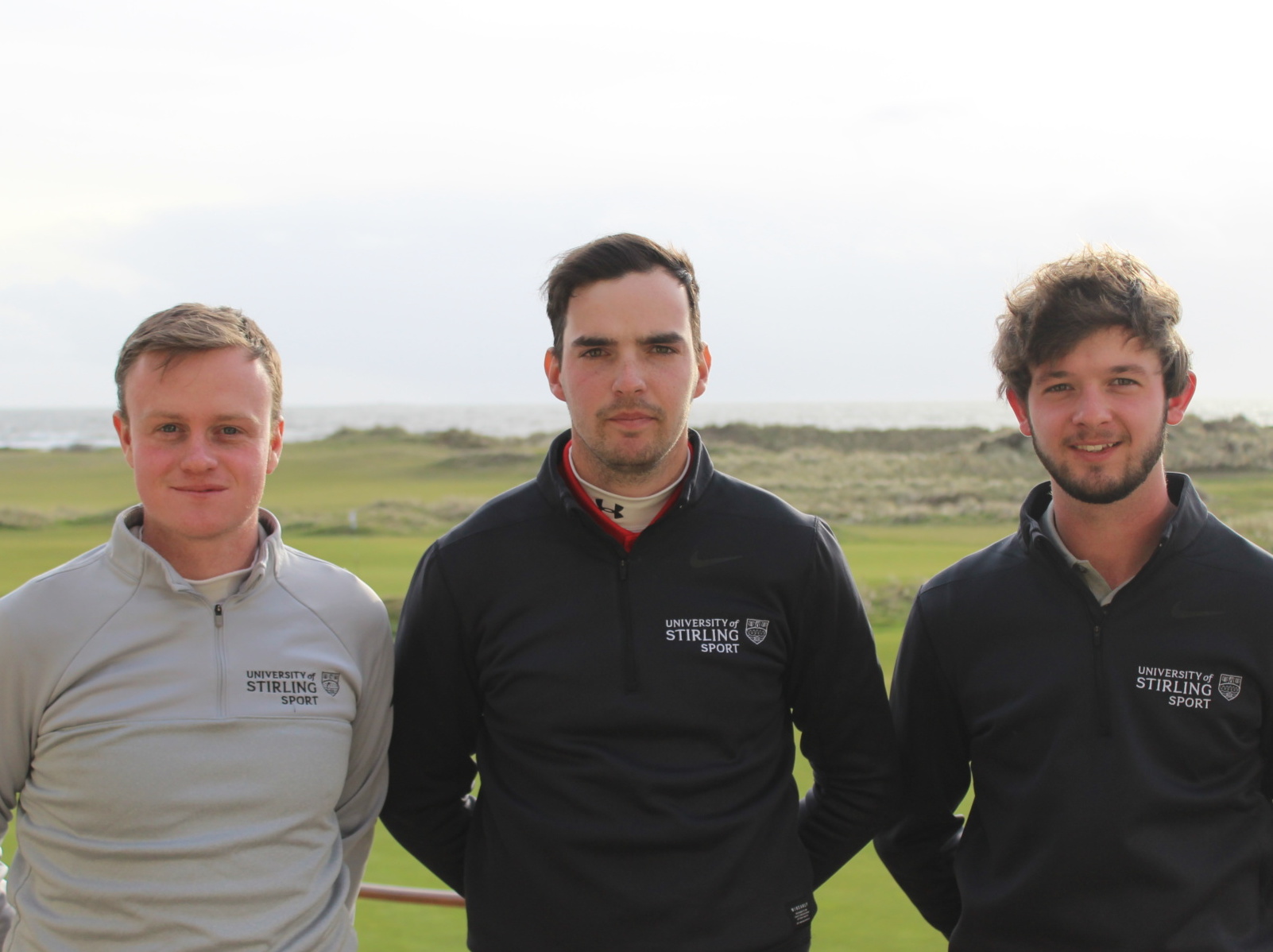 The Tour next moves to Lossiemouth and Moray GC, for the Scottish Student Championships from the 24th-26th March.

Full results from the 14th West of Scotland Trophy are available on GolfBox.