After discussions with SSS, women’s student football clubs have voted to rename the SSS Women’s Football Cup to grow the profile of the game and celebrate recent achievements! Read more about the competition here. 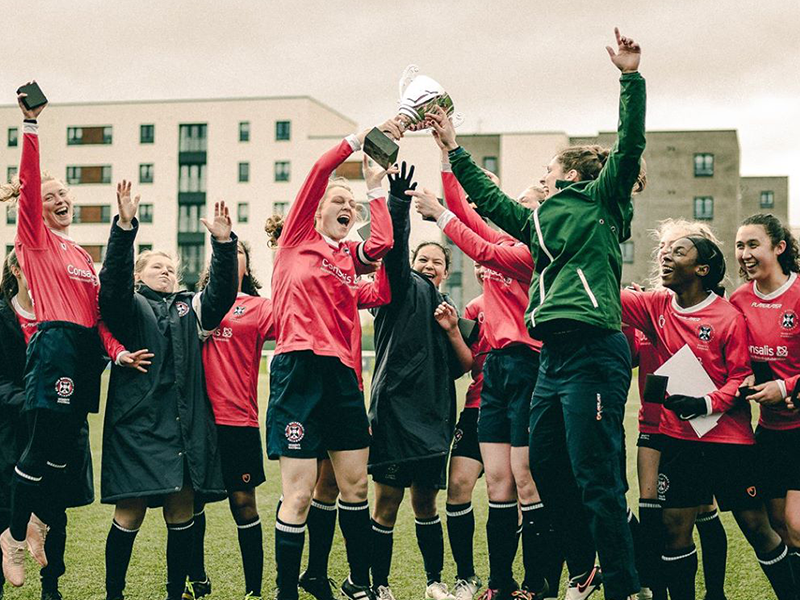 With women’s football continuing to be one of the highest growth areas in sport across Scotland, SSS are at the forefront of ensuring that the progress being seen in the women’s game nationwide is equally extended into the student game. In order to support the growth and participation of women’s football in Universities & Colleges across Scotland, the SSS Football Development Group launched a campaign to rename the previously named SSS Women’s Cup.

After the contending titles were put to SSS’ member football clubs, the competition has now been rebranded as the #SheCanSheWill Cup. 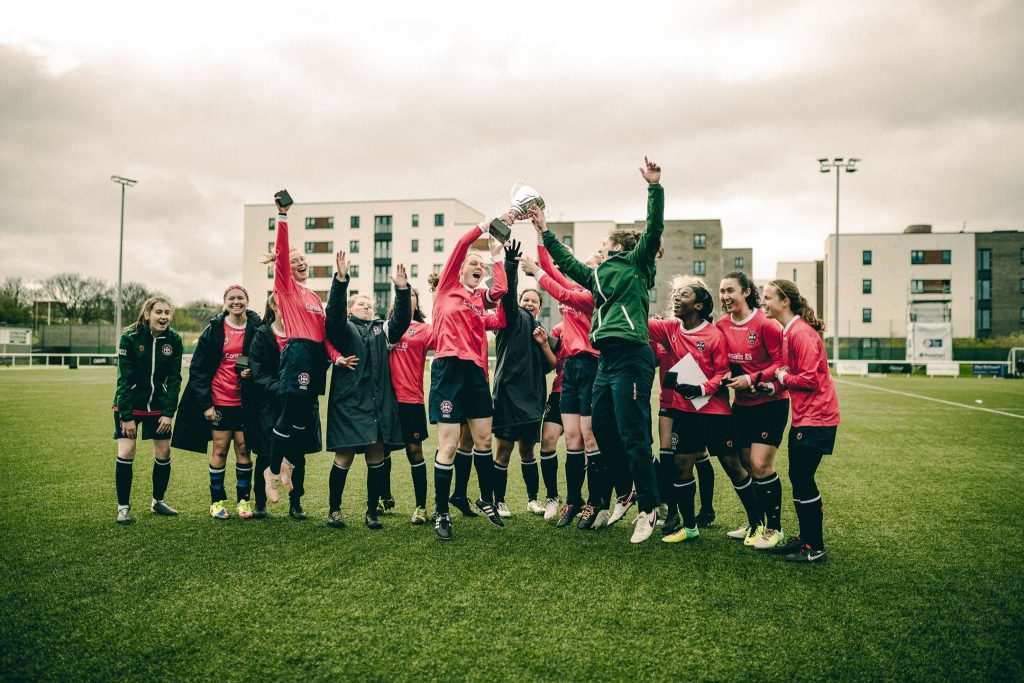 The University of Edinburgh celebrating winning the Women’s Cup in 2019.

#SheCanSheWill is a campaign spearheaded by SSS in partnership with the Scottish Government and sportscotland. The campaign aims to empower and celebrate Scotland’s females in all sports and provide equal access to sporting opportunities for women and girls of all ages. It aims to encourage females to become active leaders, officials, coaches, and participants in their sport alongside SSS’ national partners and Scottish Governing Bodies.

“Even though football, generally, is one of the most popular sports in the SSS programme, growth and participation in the women’s game is a key area of work for the SS Football Development Group to focus on in the upcoming years.

“We want to ensure that all female students have the opportunity to take part in the sport and that they are actively encouraged to become involved in their institution’s football club. The rebranding of the women’s football cup as the #SheCanSheWill Cup is indicative of our goal in developing the women’s game and helping the sport develop throughout Scotland. By encouraging as many female students to get out onto the pitch as possible, I think we can achieve that.”

“The work SSS and its volunteers are doing to increase gender equality in the Student Sport Sector is monumental and this is just another step in the right direction. I want women and young girls from all over to identify with the #SheCanSheWill campaign and believe that they have what it takes to get involved in sport and physical activity at any capacity.”

The #SheCanSheWill Cup will take place throughout the student academic year, culminating in the final which will take place at the Oriam, Scotland’s National Sports Performance Centre.

The SS Football Development Group are currently recruiting a Vice-Chair (Womens Football). The deadline is Friday 17th September at 12 pm – find out more about the role HERE.