In-form University of Stirling golfer Chloé Goadby has branded her recent triumph at the Yale Intercollegiate in the United States as her “biggest win to date”. 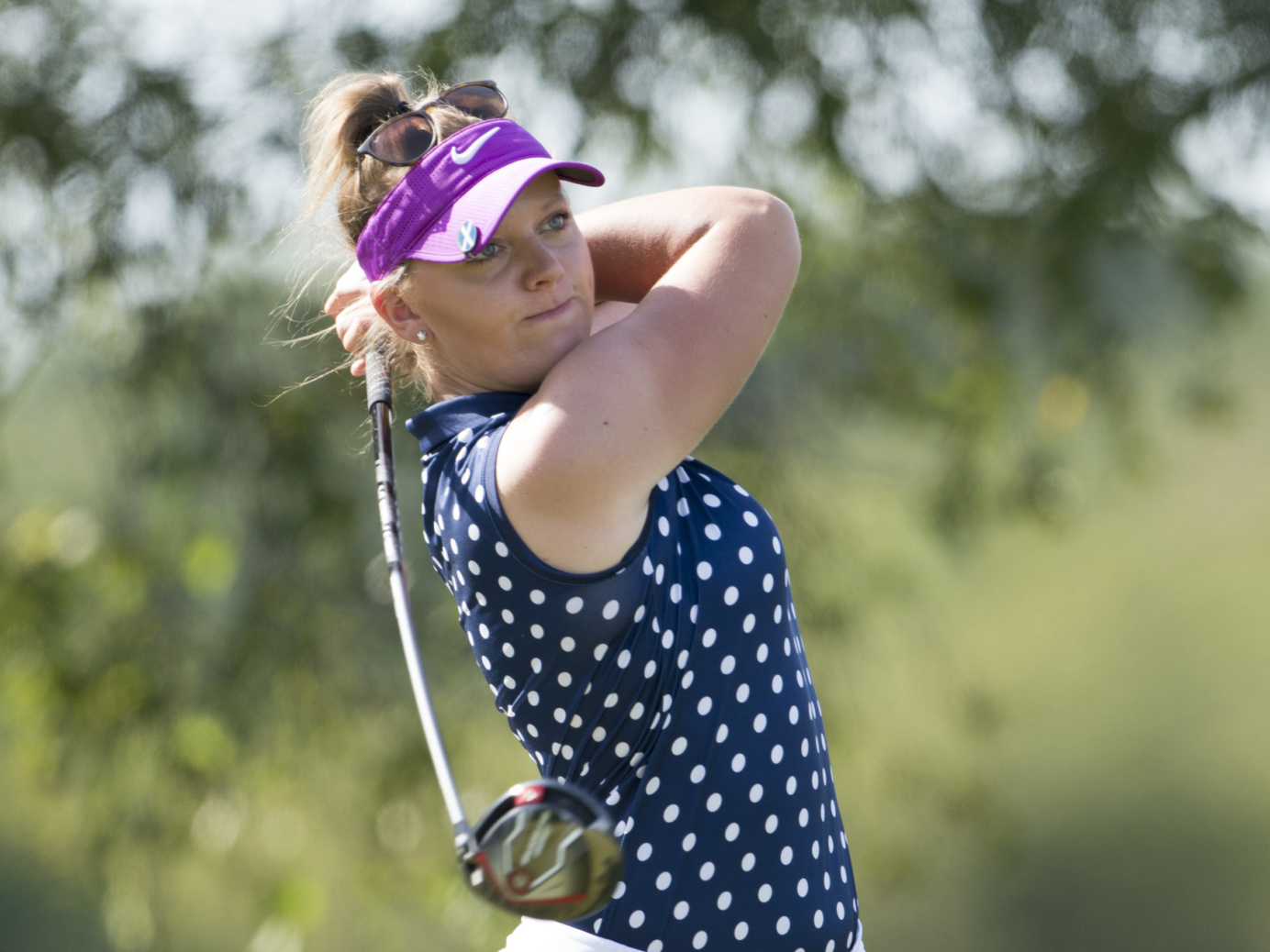 The 20-year-old has enjoyed an incredible run of results in recent months, culminating in individual and team success at Yale – one of the highest-ranked college tournaments in the US. In addition, she came out top at the British Universities and Colleges Sport (BUCS) tournaments in the Midlands and Fife.

Along with fellow Stirling golfers, Gemma Batty and Sinead Sexton, Goadby also led the University to success at the European University Sports Association (EUSA) competition in the Czech Republic, where they finished second in the individual competition – narrowly missing out on top spot by one stroke.

Speaking on her return to Stirling, Scotland’s University for Sporting Excellence, following her impressive run of results, Goadby attributed her recent success to the momentum she picked up after representing Team GB in the World University Games in Taipei, Taiwan, in August.

“The World University Games was one of the best experiences I have had in my time as a golfer,” she explained. “The golf course was a great test and was in incredible condition, demanding a wide range of skills. This was a perfect opportunity to test my skills against athletes from all over the world.”

Goadby, who was fifth in the competition before it was rained off, added: “This experience definitely helped prepare me for the rest of the tournaments of the season. I believe that, if you can enjoy it as much as possible, then it gives you the best opportunity to play well – and that was one of my main goals this season. This has undoubtedly been my best season to date and I have been very consistent. I think this is highlighted in the good run of events I have had following the World University Games.”

“We don’t get the opportunity to play a team event very often and, when we do, you want to do the best you possibly can for the team and the University,”

Last month, Goadby led the University to glory at EUSA despite “tough” conditions.

“We don’t get the opportunity to play a team event very often and, when we do, you want to do the best you possibly can for the team and the University,” she said. “The goal for the week was to retain the men’s and women’s team titles, and we achieved that, whilst I also won silver.”

Goadby, from St Andrews, also enjoyed individual success at BUCS Midlands, but this month’s triumph at Yale that will go down as her best win to date. Playing with Stirling’s Gemma Batty, Emily Laws, Hazel MacGarvie and Mirren Fraser, she secured top spot at the competition at New Haven, Connecticut.

The landmark win is believed to be the first time an international team has won a National Collegiate Athletic Association (NCAA) Division One tournament, the highest level of college competition. In further success for Stirling, Goadby topped the individual rankings at -2, three strokes ahead of second-placed MacGarvie (+1). 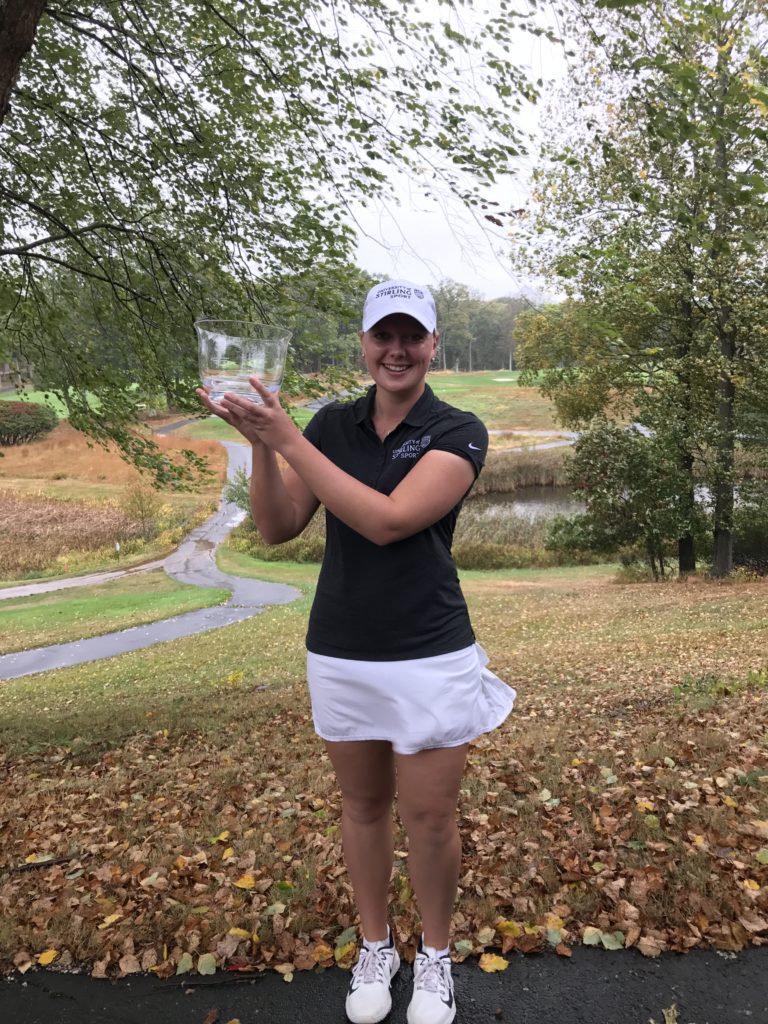 Reflecting on her performance, Goadby said: “My win at the Yale Women’s Intercollegiate is my biggest win to date – and my most exciting – as it was paired with a team win for our University. I played last year and was completely overwhelmed by the challenge by the golf course and the level of the field. So, to go back and win it this year proves how far I have come and that I am capable of winning tournaments in a highly competitive field.

“It was also very special to win the team event, particularly as we had a very young team and we hadn’t expect to win going into the event.”

The third-year Psychology and Sports Studies student capped a memorable couple of months with a win at the BUCS Fife Tournament and has now returned to University to focus on her studies.

“I have a lot of University work to catch up on and a few assignments to complete,” she explained. “So, I have taken a couple of weeks off golf, whilst getting back into a good gym routine to begin my winter training.

“It is obviously quite difficult to manage the balance between competing and university sometimes; however, it is about understanding it comes in waves and trying to organise and prioritise your time.”

“As the days get shorter and darker, it becomes more difficult to fit practice into the day, but I am going to work hard to plan well and get better.”

Goadby is looking forward to a two-week winter training camp in Dubai as she sets her sights on her goals for next year.

She added: “This year, I have given myself more opportunities than ever to win and I look forward to giving myself more chances next season. Hopefully I can build on the success I’ve had this year and keep enjoying the great opportunities I’m getting in this game going forward.”