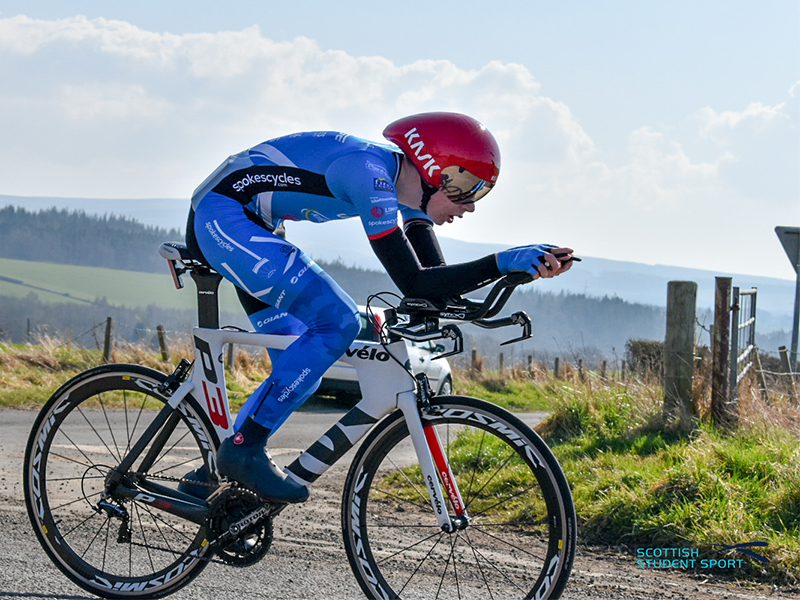 Cyclists from numerous Scottish institutions and clubs met in a small village in East Lothian on this past Sunday to take part in the Time Trial Championships. The sun was beating down as the cyclists set off at one-minute intervals from the starting point. The course ran for 15.2km along country roads and included a couple of steep descents along the way. The relative tranquillity around Pencaitland gave way a circuit of intense competition, as the quiet country roads became punctuated by cyclists powering downhill in an effort to attain the fastest time.

The team category consisted of the University of Glasgow, the University of Edinburgh, and the University of Dundee. However, there were representatives from a number of other universities as well as non-student clubs. As the cyclists trickled back to the starting point, the atmosphere was jubilant. The competitors caught their breath and rehydrated in the mid-afternoon sun as the organisers tallied up the times. Eventually, all gathered around the podium as the winners were announced.