Burns on fire at Western Gailes

George Burns (St Andrews University) shot a bogey-free round of 66 to lead the men’s field in the 13th West of Scotland Trophy after day one. 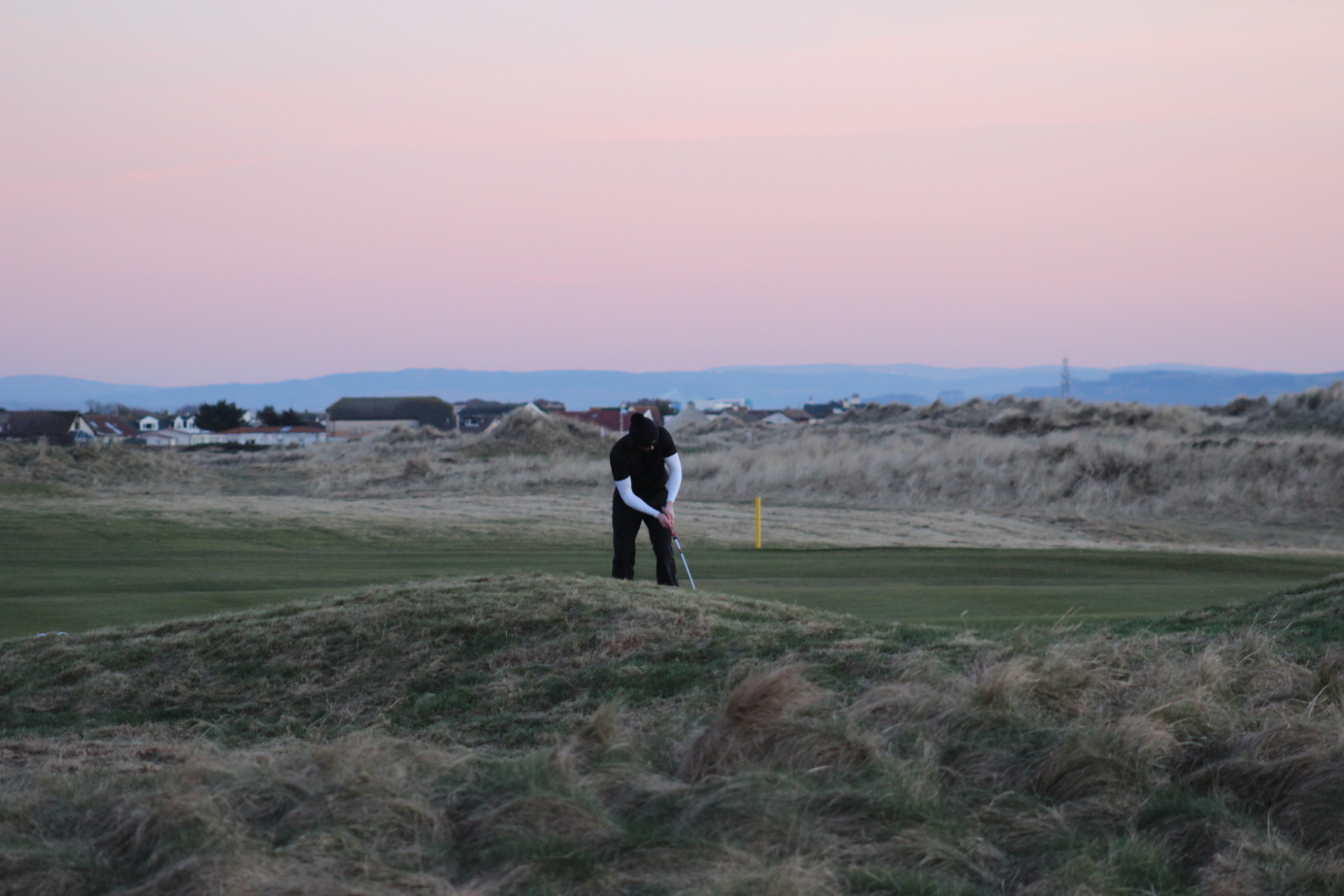 George Burns (St Andrews University) shot a bogey-free round of 66 to lead the men’s field in the 13th West of Scotland Trophy after day one. Burns clearly enjoyed the change of venue as the competition settled into it’s new home at Western Gailes GC and, though the weather was kind, his lead of 4 demonstrates the quality of his round.

Behind Burns, the field is very bunched with five strokes covering the next nineteen golfers. Leading that group at one under are Stefan Labuschagne (Durham University) and Jack Cope (Stirling University).

Just one shot further back is Ronnie Mitchell (Bournemouth University) who led the field with seven birdies, reaching three under at one point before a triple bogey on 17 dropped him back to level par.

The tough competition is reflected in the men’s team competition with 10 strokes separating Stirling I in first, from Exeter I in fifth. Day two is certain to be a tight day as all of the golfers try to make the cut, with only the top 30 playing on Wednesday.

In the women’s competition, there was a similar story with Hazel MacGarvie (Stirling University) establishing a five stroke lead over the rest of the field with a two under par 69. After going out in a one over 37, an eagle at ten set her up to come back in 32.

Lieve van Veggel (St Andrews University) and Louise Duncan (Edinburgh University) are MacGarvie’s closest challengers and sit at three over, with 12 golfers within five of that score of 74. With only twelve golfers continuing on from Tuesday to Wednesday, good scoring will be needed tomorrow to guarantee a third round.

In the women’s team competition, Stirling I (+2), lead by seven from St Andrews I, with Stirling II alongside Maynooth I two strokes back at +11.

Full leaderboard and tee times for second round are available HERE.